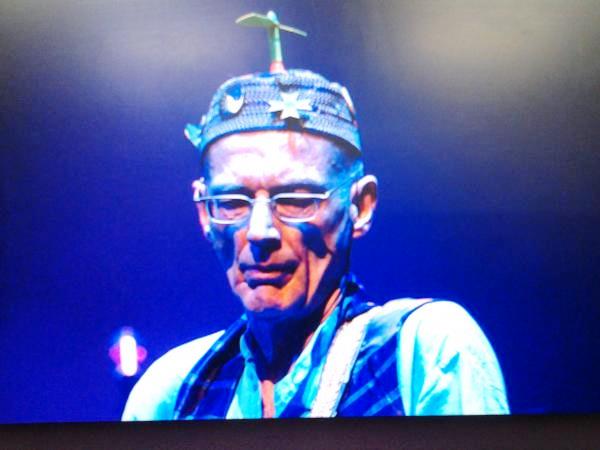 I met Ross Hannaford in 1996-97. He was a middle-aged Australian Rock Legend and I was an improbable young entrepreneur. At face value, we had very little in common. Apart from both living in Kew and we both wanted to get the fuck OUT! Around this time Ross moved into a former workshop in Yarraville- he was a pioneer of ‘warehouse’ living in the West.

He was getting the odd gig at The Commercial Hotel in Yarraville- the only music venue in Melbourne’s inner West at the time. My partners and I thought that they and the area needed some competition. So we opened an alternative venue in Footscray – Yarraville’s adjoining suburb and immediate neighbour. Whilst Yarraville was in the grip of inexorable and frenzied gentrification. Scores of Eastern Suburbs types were buying up cottages and trying to create a slice of Canterbury in Melbourne’s West. The irony was I gathered Ross was trying to escape these Aspirational Middle Australia types and they were now moving into his new neighbourhood, feverishly buying up Yarraville.

Footscray was on the wrong side of the tracks, still very much the Badlands. At the time notorious for Franco Cozzo Furniture, Drugs-an in your face and confronting street heroin culture. Footscray was on the nose and its reputation soiled. Even the suburb’s AFL team decided a name change to The Western Bulldogs was a good PR move at the time. When word got out we wanted to open a Live Music Venue a few locals called us ‘bloody fools’…… Eureka, we decided to name our venture, House of Fools.

Ross was one of the first ’name acts’ we booked. And being new and ‘green’ publicans, we were getting advice from all and sundry on How to Run a Pub. Ross was quick to point out how the Musician’s Rider worked- ‘look after musicians with drinks and they’ll play with more passion,’ was the message he sold us. And then he proceeded to drink more triple scotches in between sets than I thought a human could possibly consume and still perform, let alone walk unaided out of the joint at the end of the evening.

After Hannaford’s first gig we implemented a far less liberal Rider Policy for musicians. Ross was also keen to offer advice on how we could save money by sacking the support act on his Friday night gigs. Richard Lewis did a quasi Tom Waits tribute set which was pretty bloody impressive and Ross knew it.

I gathered he didn’t want to be upstaged by a polished support act…or maybe he was angling for a more generous drinks rider with the money we’d save by sacking the support act!

Our audience couldn’t be pigeon-holed- the word eclectic doesn’t paint an appropriate picture. We were a demographer’s nightmare and choosing bands-entertainment to satisfy the punters was always challenging. On any given night our audience was made up of disillusioned pre-Middle Aged Artists, small-time Macedonian drug dealers, teenage lesbians, frisky African refugees and scores of young kids generally confused about their sexuality and their place in proceedings. This motley crew of seemingly unlikely bedfellows were our Audience. Many a young ‘straight’ lady chose to try- flirt with same-sex relations after being pestered by one of the more persistent Macho Macedonians or Africans.

Booking bands was never an easy task with that sort of audience but The Ross Hannaford Trio would invariably have the joint rocking on a Friday night at the House of Fools.
Thanks for the memories, Ross.

HAIRSPRAY – the Musical opens in Melbourne