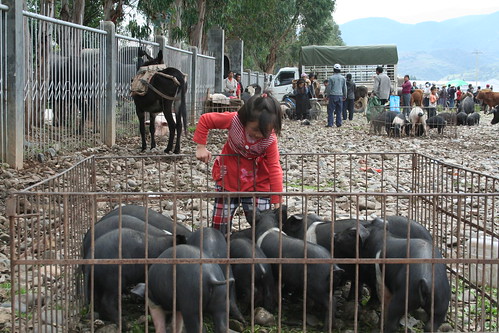 Throughout history this animal has managed to offend and repulse like no other creature.
It’s name is invariably associated with questioning one’s principles, tidiness , manners and eating habits.
Jews, Muslims and Seventh Day Adventist’s dietary laws prohibit the eating of it while the Chinese are known to devour it’s flesh and off cuts with absolute relish.

The Chinese government even has a strategic National Pork Reserve which stockpiles 200,000 metric tons of frozen pork to quell any potential food shortages. Some countries have grain,oil or cash reserves. Chinese prudence covers all contingencies. The Communist party knows the value of keeping its citizens belly’s full and the significance of food supply in the national conscience. During the Great Leap Forward, Mao Zedong’s agrarian policies inadvertently caused the death of tens of millions of Chinese through starvation. 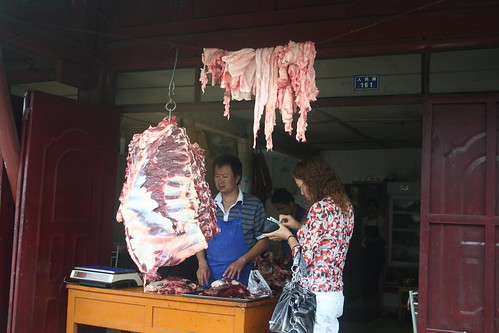 Ones which Western Sensibilities preclude from ever appearing on the menus of Asian Food Hall kiosks in a shopping mall near you.

This fact is best demonstrated by one dinner I had in a traditional Chinese restaurant one evening. The place was packed so I ordered and loitered about trying to spot a spare stool when I was summoned over to a lively table of about a dozen locals.
They promptly invited me to join them and insisted I share their ‘banquet.’

In the middle of their table was a camping style gas cooker, on which stood a huge wok. Simmering inside was a concoction consisting principally of pieces of pork fat, tripe, offal and various cuts of intestines and gizzards.

When the waitress came over to hand me my previously ordered vegetarian dish a fellow sitting next to me, looked at my dish with thinly concealed contempt and shooed her and the offensive dish away. More or less intimating, ‘you really don’t want to eat that when you can have this’ – pointing to the simmering carnivorous broth on the table.

While Jews and Muslims shun pork in all its disguises, it’s meat – bangers and bacon forms the bedrock of an English breakfast . An Italian is capable of waffling on for hours over the merits of a prosciutto’s provenance. Well Italians are known to waffle on about food full stop. A Blut Bratwurst gets your average mainstream carnivorous German drooling over his Bierstein.

And the Chinese manage to extract, preserve and in turn eat just about every part of a pig’s carcass. Yes, more than a little partial to a belly full of pork.

In China I’d instruct waiting staff in Mandarin that, “I don’t want fatty pork or MSG in my food.” They’d invariably look at me dumbfounded as if to imply,
‘ How can these foreigners eat such bland food? ’.

The sort of look I’d received from an unworldly Italian farmer when I’d informed him that my Senegalese- Muslim girlfriend couldn’t eat his home cured prosciutto. He looked at me in disbelieve and said, “ What do you mean, she doesn’t eat prosciutto. What’s wrong with these people ? ”

Cultural culinary oddities can be bitter pills to swallow for the uninitiated and in my reckoning;
Yes, boiled and pickled pig’s trotters really are an acquired taste. 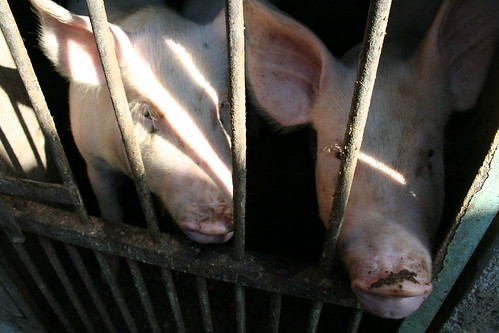