Having suffered some terrible product or service, there is something darkly satisfying about publishing a scathing online review. This may not be virtuous or kind, but it can be cathartic. However, if your online review is disparaging of a person’s reputation, that person could sue you for defamation.

The rise of the keyboard warriors

Keyboard warriors like me have benefited from an explosion in the number of review websites and apps in recent years. These cover everything from food, to travel, to medical professionals.

Platforms like Facebook and Google make it very easy to leave a scathing online review. Mobile technology enables customers to vent, or compliment, even while they are still in the store.

Review websites keep consumers informed while letting the market know what works and what does not. In extreme cases, consumer reviews can even move corporate giants to change their policies.

For those on the other side of the equation, online reviews can be terrifying. I know from experience – anonymous student evaluations are part and parcel of being a university lecturer.

Bad reviews can be disastrous for small businesses. Understandably, some reviewees will be motivated to silence negative reviewers. In extreme cases, they may even go to court.

You can be sued for a scathing review

In Australia, freedom of speech is not as free as some might think – even when “spoken” on the internet. Although we have an implied freedom of political communication in our constitution, we do not have a US-style right to free speech. Defamation law places significant limitations on our freedom of speech.

Courts have the power to force a person to remove content from the internet, or pay damages to the plaintiff for harm done to their reputation. Failure to comply could mean prosecution for contempt.

Professional reputation is highly valued by defamation law. Damages can be significant if defamation causes an actual loss of business, or even a loss of opportunity. In the absence of proven economic loss, substantial “general” damages may still be awarded as a consolation for hurt and distress.

When defamation occurs online, damages awards may increase to account for the “grapevine effect”: the way salacious content tends to be shared and repeated on the internet.

However, there are a couple of barriers that could make it harder to sue.

Firstly, some “persons” cannot sue. Under Australia’s uniform defamation laws, certain corporate bodies – that is, companies – do not have a cause of action in defamation. Unlike overseas, large companies like McDonald’s can’t sue under Australian defamation law, but this does not apply to not-for-profits, or small businesses with 10 employees or less. Hotheads should proceed with caution before slagging off their corner café.

Secondly, a review must identify a person directly or indirectly in order for someone to be able to sue for defamation. A generic Facebook rant about “how bad restaurants are in blah suburb” will not meet the requirements of “identification”.

These barriers are not insurmountable. In 2014, a group of restaurateurs were awarded more than A$600,000 in damages for a defamatory review in The Sydney Morning Herald. Fairfax stood by the critic who made the harsh review, which remained online for years. While the average rant on Zomato won’t cause a restaurant to close down, this case illustrates that an expression of opinion about a business can have very serious consequences.

What to do if you’re sued

Take it seriously. See a lawyer.

In 2017, Sydney surgeon Munjed Al Muderis was awarded A$480,000 damages for a defamatory online campaign of abusive reviews by a former patient and the patient’s brother. There was no evidence of any medical negligence or wrongdoing, and the size of the damages award was partly attributable to the poor conduct of the defendants – they failed to participate in the proceedings.

Having been served with a defamation claim, a lawyer may advise that you’re protected by defences to defamation. For example, a defence is available if your review is substantially true; or if you have expressed an honest opinion on a matter of public interest, and your opinion is based on proper material.

These defences might allow you to defend a trial, but they will not necessarily prevent you from being sued. They also come with practical challenges: for example, the reviewer, rather than reviewee, must prove the substantial truth of the publication. While your lawyer is dealing with those challenges, you will be dealing with your lawyer’s bills. Defending defamation is expensive, even if you win.

What if your review was anonymous?

Not all review platforms require you to disclose your identity. A recent example is Rate My Boss, a website created by union United Voice, which allows workers to review their employers anonymously. Anonymity makes sense from the workers’ perspective.

From the employers’ perspective, the anonymity problem may be avoided by pursuing the publishers of the website rather than the reviewer. This is the standard model for a lot of defamation litigation; media organisations will often defend defamation on behalf of their writers.

A disgruntled reviewee may go one step further and go after the internet giants that link people to defamatory content. These intermediaries have much deeper pockets and the practical ability to prevent something from being accessed. Whether Google should be responsible as “publisher” of its search engine content is about to be tested in the High Court.

As for you, the reviewer: if you have been particularly nasty in an anonymous review, the reviewee may litigate to find out who you are. It may be tricky, but a would-be plaintiff has options: a couple of years ago, movie pirates were threatened with the prospect of a court order compelling iiNet to reveal their identities in a copyright dispute. The context is different, but the anxiety felt by those Matthew McConaughey fans demonstrates that online naughtiness is not as anonymous as we might think.

Play nice and none of this matters

If you play the ball, not the man; if you focus on what you actually experience, rather than making grandiose claims; and if you focus on the truthful aspects of a product or service in a harsh but fair review, you are less likely to fall afoul of defamation law. 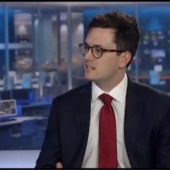