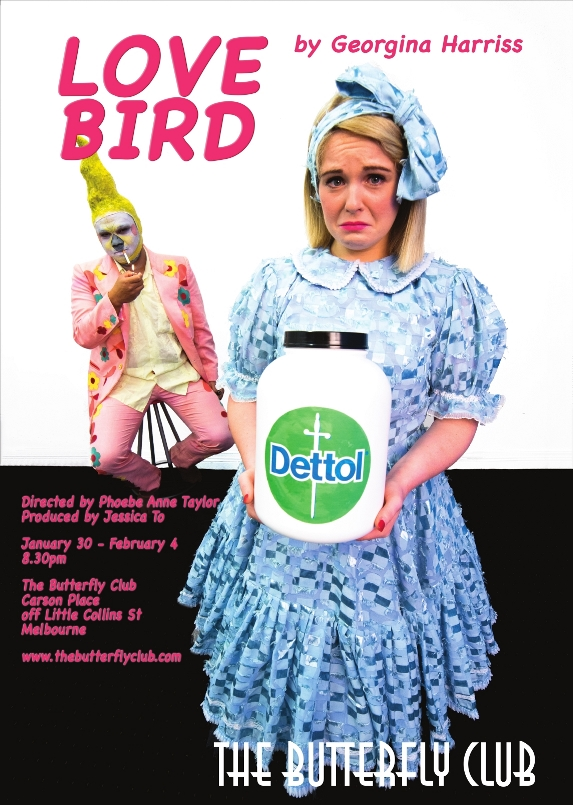 I was taken aback with hilarity as the plot of this very funny and silly play Love Bird unfolded. 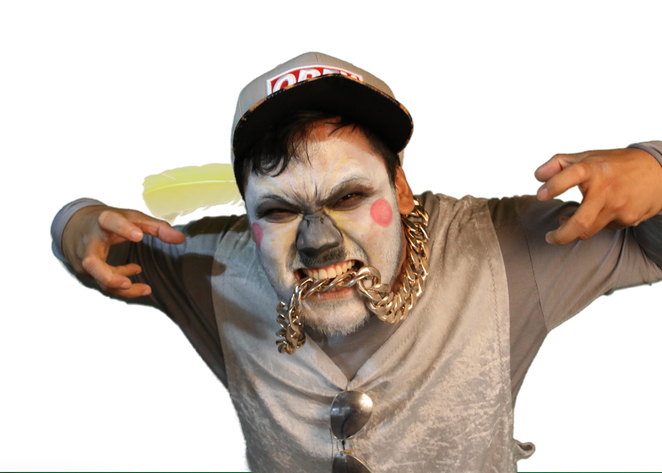 Dad and his mate Bill, (Brendan McFarlane) are avid bird watchers and it is suggested that for Franny’s 8th birthday that a cockatiel, Mr. Ping Pong, (John Marc Desengano), would be the perfect pet to teach her those responsibilities one requires as they grow older. Mr. Ping Pong becomes overly enamored with young Franny and hilarity ensues as parents grapple with an explanation for the birds behavior to an 8 year old innocent.

A bizarre coming of age story that could have been a bit tighter but the dual performances of Desengano and Martin keep this show rolling along nicely and left me still chortling as I was leaving the theatre.

Writer Georgina Harriss has a talent for searching the depths of the family soul then baring it to the world with flagrant absurdity that had one’s giggle buttons hit continuously throughout the performance.

Love Bird runs from the 30th of January until February 4th at the Butterfly Club, Carsons Lne, Melbourne.