The Netflix sci-fi horror series Stranger Things is vividly soaked in 1980s nostalgia, famously catapulting Kate Bush’s 1985 song Running up that Hill to the top of the music charts in 2022.

In season four, series creators the Duffer Brothers introduce viewers to Pennhurst Mental Hospital for the criminally insane (which was also mentioned in season one). Viewers follow teenage sleuths Robin and Nancy into Pennhurst, where they are granted permission to speak with Victor Creel, imprisoned because he is thought to have brutally murdered his family.

Although the Pennhurst Mental Hospital portrayed in Stranger things is fictitious, the location was inspired by the Eastern Pennsylvania State Institution for the Feeble-Minded and Epileptic. Later named the Pennhurst State School and Hospital and located in the woods of Chester County, Pennsylvania, it was founded in 1908 and shut down in 1987. More than 10,000 people with intellectual disability and mental illness lived at Pennhurst, many spending their entire lives within its walls.

The real Pennhurst has become a tourist attraction, like dozens of empty asylums around the world, including some in Australia. But as we seek out thrills, we shouldn’t forget these institutions held real people and their stories.

Pennhurst was a place of segregation, power, abuse, neglect and torture, fuelled by society’s perception that people with intellectual disability were a dangerous threat to social order.

At the dawn of the 19th century’s eugenics movement, people with intellectual disability existed on the lowest rung of the human hierarchy. Ultimately, they were removed from the human gene pool through institutionalisation and sterilisation.

In 1987, in response to the disability rights movement’s loud call for de-institutionalisation and after groundbreaking litigation brought by a resident and her family, the State of Pennsylvania closed Pennhurst’s doors. The courts agreed those in state care had a constitutional right to appropriate treatment and education. More than 1,000 Pennhurst residents began lives of worth and value in the community.

In 2010, the state of Pennsylvania sold the site. Today, Pennhurst exists as a “dark tourism” destination. Pennhurst Asylum entertains visitors with “jump scares” around a narrative of depraved criminality, that simultaneously erases and evokes the inhumane treatment of the people who called Pennhurst home.

To those who lived there and their supporters, Pennhurst is more than the horrors of its past and the commercialisation of its future.

For Dennis Downey and James Conroy, editors of Pennhurst and the Struggle for Disability Rights, Pennhurst represents “one of the great, if unrecognised, freedom struggles of the twentieth century”, fanning the flames of the global de-institutionalisation and independent living movements.

Following Pennhurst’s closure, most Western nations began closing institutions. This independent living movement was a precursor to the 2006 United Nations Convention on the Rights of Persons with Disability.

Article 19 of the convention obliges signatory nations to ensure “the equal right of all persons with disabilities to live in the community, with choices equal to others”. And Article 12 asks signatory nations to recognise that all citizens, regardless of disability, have “legal personhood” and therefore should enjoy autonomy and respect.

The convention charges signatory nations with an unequivocal obligation to firmly make the traumatic experiences of institutionalisation a thing of the past, while acknowledging and preserving the stories of trauma as narratives of dignity and respect.

‘I like a ghost story as much as anyone, but the patients who lived in institutions like Willard and Pennhurst weren’t spooky spirits — they were human beings with complex lives.’https://t.co/9rlssiEN8D

Pennhurst is one of many “haunted” tourist attractions worldwide inspired by traumatised lives of people with disability.

A hemisphere away, high on a hill, overlooking the rural town of Ararat in Western Victoria, Australia, stands Aradale Lunatic Asylum, location of the notorious J-Ward.

During its years of operation from 1867 to 1993, it was home to more than 10,000 people with disability. Like Pennhurst, the past two decades have seen a transformation of Aradale into a tourist attraction, exploiting the very real and horrific life experiences of the people who called it home.

Thrill-seekers can join the Aradale ghost tour and be haunted by such ghostly “tickling, strange smells, banging sounds, shadows, and other spooky sensations”.

Shuttered institutions that were once home to people with disabilities in the United States, Norway, Austria and South Korea are regularly grouped into terrifying online itineraries.

Acknowledge and preserve their stories

Dark tourism operators sell thrilling customer experiences – but the stories of people with disability who lived behind the walls of institutions like Pennhurst and Aradale are much darker.

By relying on offensive and misguided portrayals of people with disability as horrifying, dangerous and criminal, operators exploit the ways residents were treated for commercialised entertainment.

Ironically, London’s Bethlem Hospital (from which the word “bedlam” originated) reportedly ran tours for curious visitors to gawk at residents until 1770. But today, the Bethlem Museum of the Mind houses archives and art “to support the history of mental healthcare and treatment”. An upcoming exhibition explores how “experiences of trauma, mental distress, contact with mental health services and everyday life can shape and disrupt a person’s sense of home”.

Netflix and filmmakers like the Duffer Brothers have an opportunity to acknowledge and preserve the stories of institutionalised communal trauma. A simple dedication to Pennhurst residents could even be added to a Stranger Things episode or opening credits. It could educate a generation of world citizens about the crimes of the past and the intrinsic personhood of all of humanity.

PEOPLE USED TO VISIT THE BETHLEM ASYLUM IN LONDON AS SPECTATORS

In 1681, City governors noted “the greate quantity of persons that come daily to see the said Lunatickes”. https://t.co/Ph33elAHhT pic.twitter.com/TU0XqubGTD 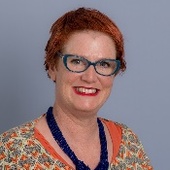 Joanne Watson does not work for, consult, own shares in or receive funding from any company or organisation that would benefit from this article, and has disclosed no relevant affiliations beyond their academic appointment.