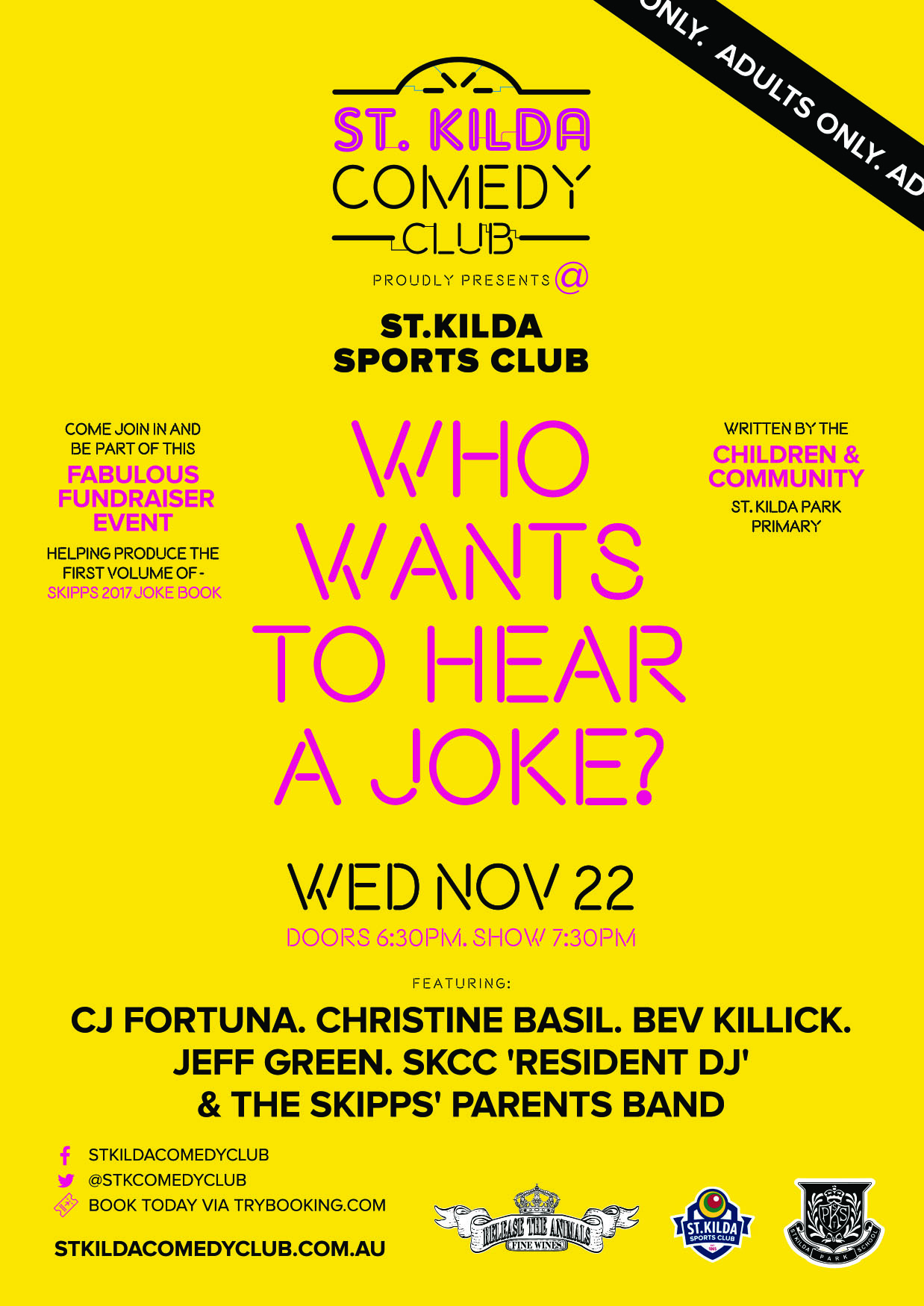 Q. How many parents does it take to make a school joke book?

A. Far too many, that’s why no one’s ever done it before!

‘Who Wants To Hear A Joke?’ Asks Neil Scott the SKIPPS school Principle.

These are the six words that are guaranteed to turn our Friday morning school assemblies into a screaming, seething pit of calling out, laughing and other behaviours not generally condoned in a primary school. This Friday assembly tradition is a great example of the SKIPPS culture. Make school fun and they will come.

“Me, Me, Me”, they call out enthusiastically and the jokes go a little something like this:

Why did the bubblegum cross the road?

Because it was stuck to the chicken’s foot.

Over 200 pages of Kids and teachers Jokes and thanks to the generosity of the parents and local community we were able to produce this very special book. Jam packed with celebrity contributors including:

Thanks to The St.Kilda Comedy Festival and St.Kilda sports club we are able to launch the book on a hilarious platform. The Event takes place on the 22nd November from 7.30pm and The line-up includes some of Australia’s Premier Comedians 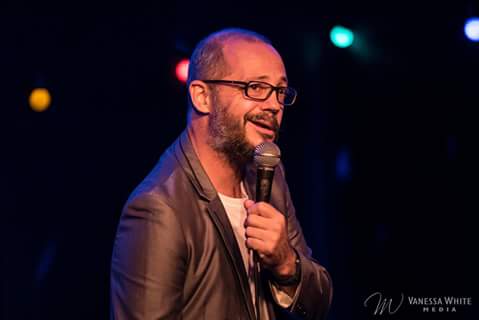 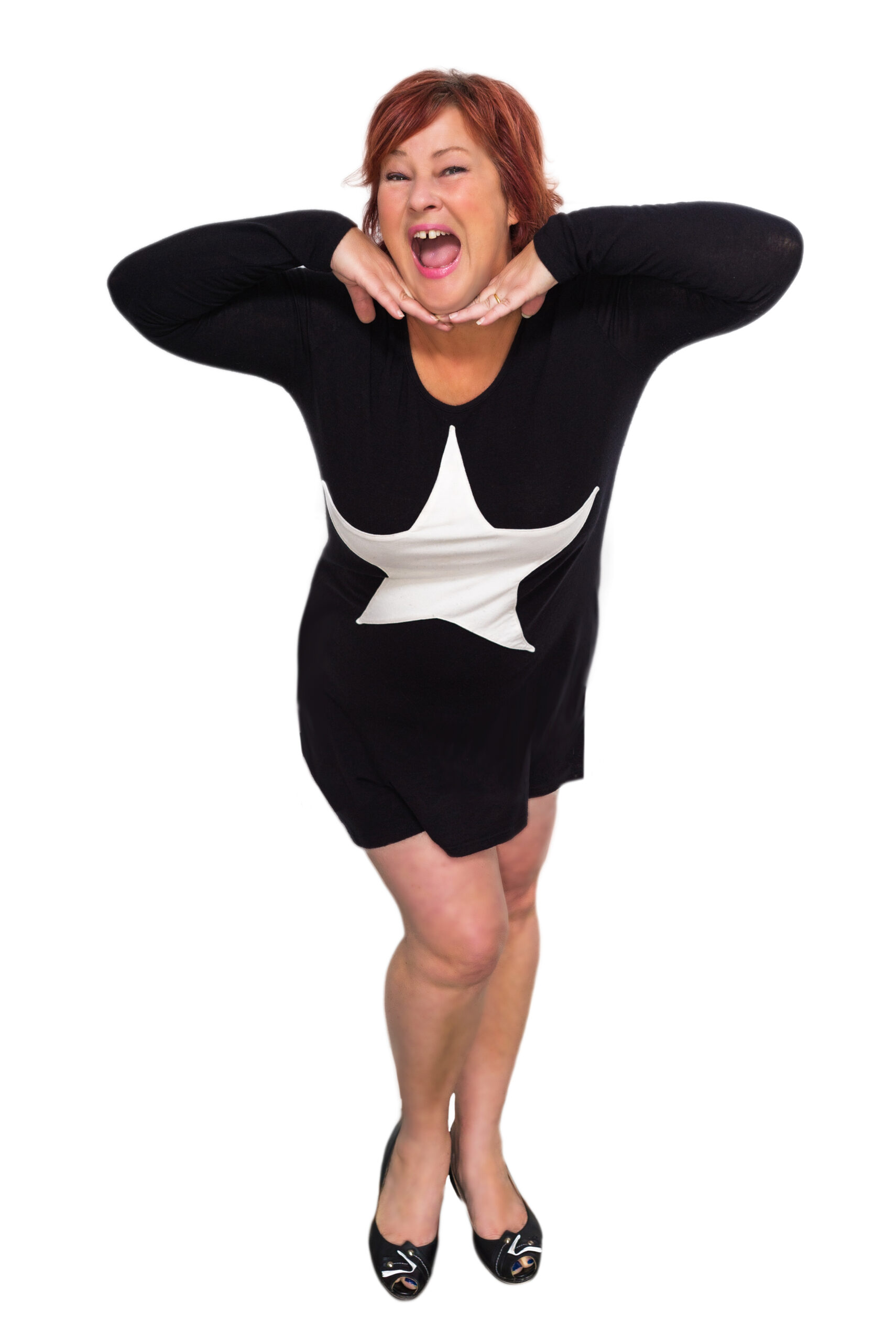 Bev Killick – is from the bold and brassy school of stand-up comedy, delivering non-stop energetic sets every time. As soon as she blasts her way on stage you know you are in for a treat.

Jeff Green – Maybe you’ve just seen him in a comedy clip on Youtube and thought I’ll check this dude out. Well here he is. You’ve made a fine choice with your time. On TV regularly – Jeff Green Up West, Back From the Bewilderness and An Englishman in Australia. and appear regularly on MICF’s Oxfam Comedy Gala.

Christine Basil – a comic in strong demand having gained favourable reviews and popularity. Christine has been the opening act for visiting international comics such as David Strassman, Greg Proops, The Amazing Johnathon, Dylan Moran and more.

MC- Cj Fortuna– along the way he has appeared on Hamish and Andy, the Comedy Channel, ABC 3 – You’re Skitting Me, Kinne and Utopia and the Multi Award winning Short film “Big City” which CJ won best actor in the 2017 Japanese Film Festival

Food/Pizza will Be provided throughout the night for free thanks to Banff  restaurant.

This promises to be a great night for a great cause, so get down and have a laugh, a dance and support a great cause in our public schools.