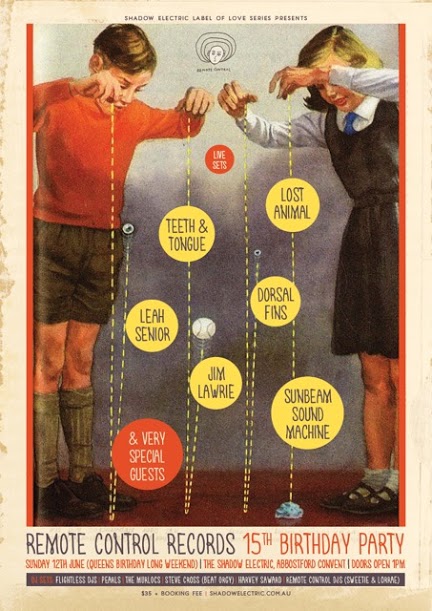 Remote Control Records celebrates its 15th Birthday at the Shadow Electric as a part of the Label of Love series on Sunday 12th June 2016 (Queens Birthday long weekend). 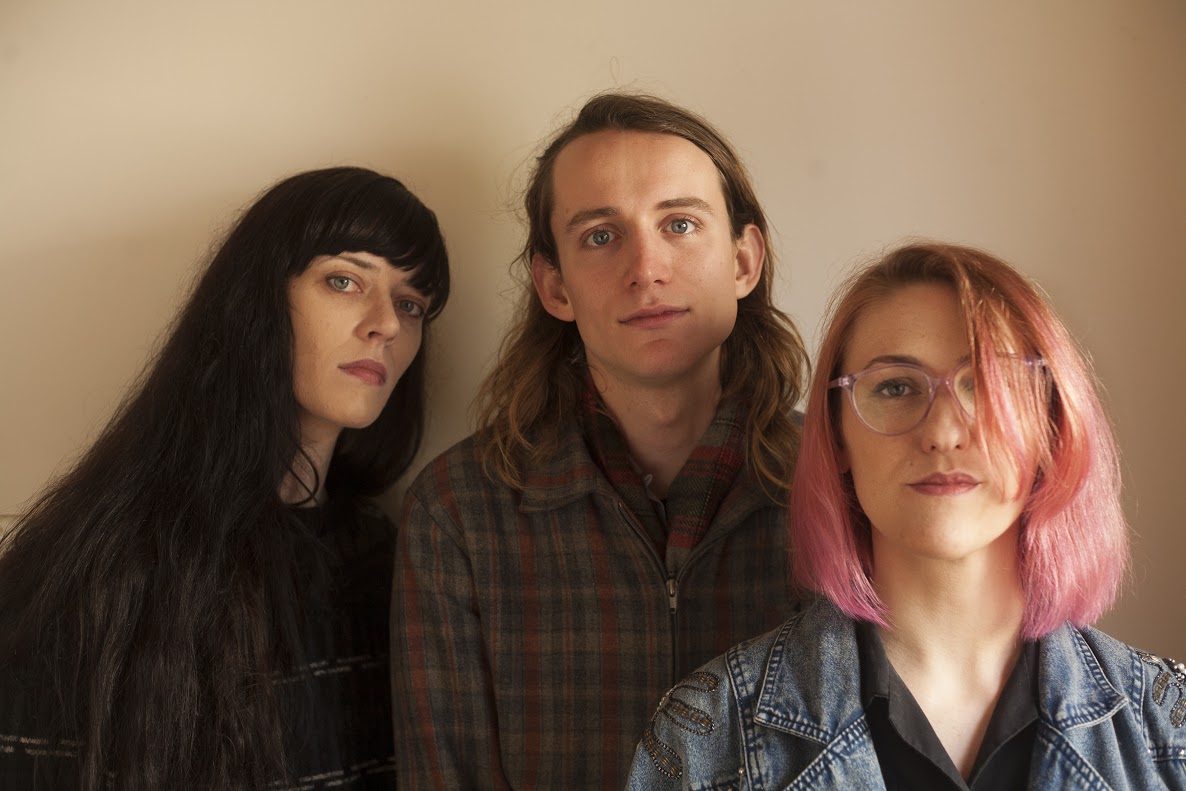 Nearly one year on since the ‘Totally Terrible’ tour swept the UK & Europe, label mates Totally Mild and Terrible Truths re-unite to take the stage together in Melbourne. After both releasing their debut albums in 2015, these bands are again working head-to-head, currently involved in putting the finishing touches on two brand new records made earlier this year in Melbourne.

Joining the tour are another band who have recently emerged from a ramshackle home studio in Collingwood, where they were busy weaving together the fabric of yet another soft masterpiece, the enigmatic Lower Plenty. The band will showcase a variety of material from this new record, due for release later this year via Bedroom Suck.

We will also be joined by Perth’s sun-dreached melancholic Childsaint, on their first trip to the East Coast off the back of their new single, Hallelujah Heartache, as well as Melbourne favourites Pillow Pro with their new single Juice Hoops.

Untzz Records start from what turned out to be a five-year-long weekly residency at the legendary Sugar Nightclub in Adelaide. All of the original artists on the label were also DJs, playing every Saturday night for five years.

After road testing original music week after week it became clear that we needed a platform to press the music to vinyl for keeps, and so the label was born. In three years the label has firmly established itself as a mainstay amongst the upper echelons of Australian club labels.

Even though originally started as an outlet for guilty pleasures and “not so serious” music, sister label Big D releases have flown off the shelves and seen comparisons to early pioneers of sample-based house music a’la Theo Parrish and Daft Punk thanks to heavy contributions from the pen names of FIO, MM, BD  & LK to name a few.

Temporal Cast came into being out of an impulse to draw together what was, at the time, some disparate new talent emerging within Melbourne’s dance-music underground.

Since then, the acts which the label has been lucky enough to feature and support have grown into some of this city’s more sought-after names and the label itself has coalesced into something with more substance and momentum than what was ever anticipated.

This showcase features live sets from three Temporal Cast mainstays – Cale Sexton, Kangaroo Skull and Jamal Amir – as well the newest addition to the label: Chiara Kickdrum. Support before and between sets from X Axis.

COMING UP AT SHADOW ELECTRIC 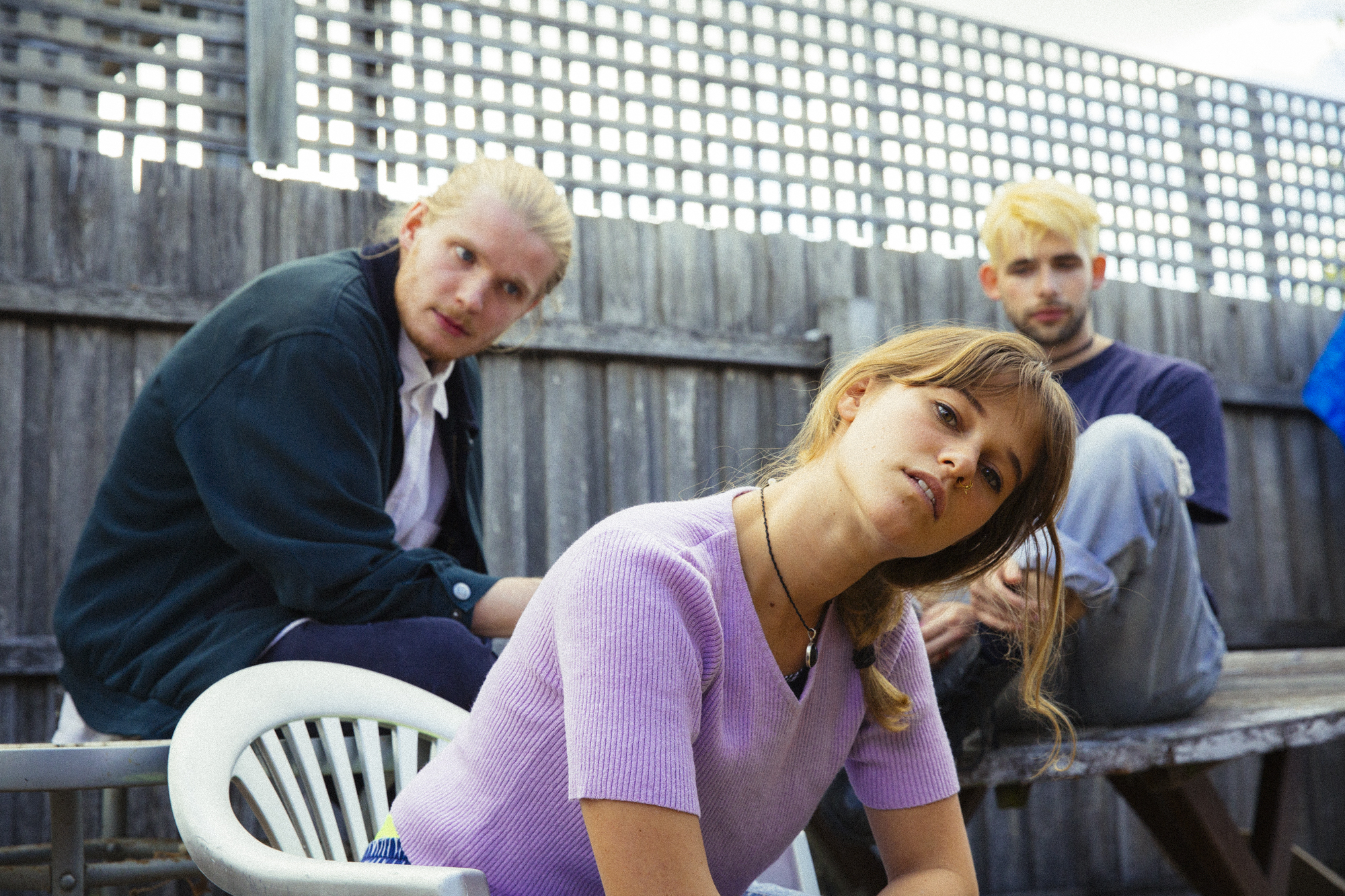 LISTEN is bounding into a new year. Having cemented itself as a kaleidoscopic initiator of cultural change in Australian music, LISTEN is many things, including a platform for live events that showcase the participation of women, LGBTQIA+ and gender diverse artists. This launch features four diverse women fronted acts, headlined by Huntly, who will celebrate the release of their six-track debut EP.

Huntly are a shape-shifting three-piece, building a new breed of emotional rave music. Led by Elly Scrine, the trio are dedicated to making electronic music live, and will guide listeners through the slow-rave journey of their debut EP, ‘Feel Better or Stop Trying’.

In support will be a sundry host of like-minded LISTEN acts including Two Steps on the Water, Jessica Says, and The Curse.

Aarght and Cool Death between them have the rockiest, bands in Australia on their rosters.

Seven of these bands are coming together for a psychotronic nightmare you will never forget.

Following on from the release of their standout singles ‘Reset’ and ‘Untethered’, Melbourne indie alt-pop trio Halcyon Drive have announced national tour dates and unveiled their new track ’Books For The Holidays’ – lifted from their forthcoming EP ‘Untethered’.

Recorded with producer Steve Schram (San Cisco, Eagle & The Worm) in a makeshift studio in the OtwaysNational Park, Victoria, ‘Book For The Holidays’ is a gorgeous indie-rock ballad that takes cues from the likes ofFoals and Bombay Bicycle Club.

After touring the country relentlessly over the last twelve months, playing a slew of club shows and boutique festivals, Halcyon Drive are excited to set forth on their most extensive run to date performing at Shadow Electric on Saturday, June 18 with I Know The Chief & Manor.