When we compare daylight saving across countries, states and territories its economic impact is mostly positive. But this breaks down in the “transition” in and out of it, such as the days before and after, and when people cross borders between states that have daylight saving and those that don’t.

The easiest way to resolve this would be for daylight saving to be applied uniformly across Australia as it is in nearly every other country that has it.

The problem in Australia is unique. While a similar size, the European Union has just three time zones year round, with the shift to and from daylight saving time synchronised throughout since 1996. Likewise the mainland United States has four time zones, with uniform daylight saving everywhere but Arizona.

When daylight saving ends in Australia, the country will revert from five different time zones to three. The time difference between the east and west coast will also change from three to two hours.

Daylight saving time positively affects the economy in a number of ways. It reduces street crime in darkly lit streets, for instance, which means less costly and better targeted policing.

Decreased home energy consumption leads to lower household bills. More people being out and about in the evenings boosts local economies through increased spending in shops and restaurants.

This at least partially explains why there is an ongoing debate about adopting daylight saving in states that do not have it, such as in Queensland and to a lesser extent in Western Australia.

However, the transitions to and from daylight saving time (setting clocks forward or back, or moving between states with and without daylight saving) has economic costs. Many of these are associated with increased health care, but also include lost earnings and higher insurance costs.

One problem is that there is a “daylight saving effect” linked to changes in circadian rhythms and a (negative) effect on sleep patterns. As with jet lag, the movement to daylight saving time compresses the day, while the movement away stretches it.

Research has linked changes to and from daylight saving time with sudden changes in biological rhythms. Swedish data show a significant increase in heart attacks for the first few days after the introduction of daylight saving time and again, but for a shorter period, following its end.

A United States study found that pedestrians were nearly seven times more likely to be injured following transitions to and from daylight saving. A Canadian study suggested a significant increase (up to 8%) in accident risk on the Mondays following the spring and autumn daylight saving time changes.

In the United States (but not Australia) the daylight saving transition period has also been linked to stockmarket participants suffering greater anxiety, preferring safer investments and shunning risk. This pushes down stock prices and lowers returns, meaning everyone with superannuation loses out.

There is also evidence that the “artificial” daylight saving transition when crossing the Queensland–New South Wales border imposes significant costs on businesses. The study found that Gold Coast businesses lose sales and have higher administration costs because of it.

Businesses throughout Queensland believe that its failure to adopt daylight saving time has a negative influence on the functioning and performance of the state economy.

Ultimately, Australia needs to simplify what is one of the world’s most fragmented national set of time zones.

The administration costs of scheduling business across time zones, and through the transition, are a burden on business. This has an economic cost in terms of lost profits (and therefore taxation), as well as employment.

While technology has no doubt made this co-ordination easier, research in the United States still suggests that economies are more productive when there is greater time co-ordination. This is a strong argument for countries having as few time zones as possible.

In the United States, some are advocating fewer time zones, or even year-round daylight saving time, to avoid the costly transition twice a year.

Here in Australia, introducing daylight saving in Queensland would avoid significant business co-ordination problems with the other eastern states, especially for the highly populated southeast. There would be similar benefits for Western Australian and the Northern Territory.

While getting rid of daylight saving altogether would also remove these transition costs, its economic benefits suggest it would be much better for daylight saving to be adopted throughout Australia. 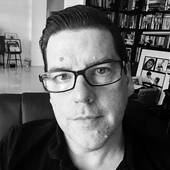