A quick scan of this week’s headlines shows the government’s new energy plan would “slash A$120 off power bills” and that the “Turnbull government plan to address energy crisis predicts A$400 price drop”. Yes, the initial findings of the modelling of the federal government’s National Energy Guarantee (NEG) are out. Cue the latest round of bluster, misinformation and confusion.

What has actually been released is a five-page summary of the findings, although some media reports contain extracts from a more detailed document. We won’t see that until after federal and state energy ministers have considered it at today’s COAG Energy Council meeting.

With some state energy ministers still expressing scepticism over the NEG, their interpretation of the detailed modelling may be crucial in resolving the debate.

What do our five-pager and media leaks tell us? Well, not a lot. There are enough facts and figures to provide instant filler for journalists’ articles. But as far as the modelling is concerned, there are only a couple of charts and a handful of numbers.

But here’s the rub: prices will fall even if the NEG isn’t implemented. This is because between now and 2020 the Renewable Energy Target will be driving new renewable energy generation into the market. At the moment there is a supply shortage, which is keeping prices high. So if electricity demand remains relatively flat, new generation will drive prices down.

The real changes won’t happen until after 2020. When Liddell power station in New South Wales closes in 2022 wholesale prices will rise. This will happen with or without the NEG, albeit much faster without it. This is what underpins the convenient claims of an annual average A$120 drop in electricity bills.

That’s pretty much all that can be said about prices for now. We will have to wait until the full modelling is released to know for sure why prices rise more rapidly post-Liddell without the NEG. The original proposal from the Energy Security Board suggests that, with the guarantee, more supply, bidding behaviour and reduced risk to investors put downwards pressure on prices.

The summary note contains only two other findings. First, under the NEG there will be investment in an additional 3,600 megawatts of “dispatchable generation capacity”. Second, renewables will form only 5% more of the generation mix by 2030 than if the NEG were not in place.

We’re still waiting to find out what “dispatchable generation capacity” actually means in the context of the NEG. There is no smoking gun for those who insist the NEG is a Trojan horse for coal. But similarly, anyone looking for the modelling to say anything about the future of energy storage will be disappointed. Watch this space.

A lot will be made of the relatively low levels of renewables predicted by the NEG modelling. Under the existing Renewable Energy Target, renewables are already expected to account for around 23.5% of the generation mix in 2020 (not counting rooftop solar). The NEG might deliver only 32-36% in 2030 – and this figure appears to include rooftop solar.

But before we get too worked up, remember that this finding says nothing about the effectiveness of the NEG in cutting greenhouse emissions. The NEG and the two earlier proposals modelled by the Finkel Review – a clean energy target and an emissions intensity acheme – work in very similar ways and would produce very similar results. The fact that Finkel’s modelling forecasts 42% renewables by 2030, and the government’s modelling delivers 32-36% – using the same emissions reduction goal – just tells us that the modelling is different.

As I have pointed out here, modelling is an inexact science. Its outcomes are a function of the assumptions you use and the data you shove in. Like any modelling, NEG modelling will no doubt be wrong to a greater or lesser degree. But whatever the specifics, one principle is clear: agreeing on a firm policy will help to lower prices.

If replacing existing generation with renewables is the cheapest way to reduce emissions, then that is what will happen under any of the schemes. The modelling then becomes irrelevant.

There is one proviso to this. And that is the other part of the NEG – the “reliability” part. It is not clear from the five-page summary how the reliability requirement has been factored in, and how this will influence the generation mix. It seems we will have to wait well beyond this week for more information on this; reports suggest that the reliability mechanism may not be fully designed until the middle of 2018.

The biggest question about the NEG is whether it will lead to further concentration of market power in the retail and wholesale energy markets. It that were to happen, prices would probably go up, not down – creating yet more headaches for politicians, consumer watchdogs, and householders.

It is these two issues – the design of the reliability mechanism, and tackling market power – that energy ministers should really be focusing on. Australian energy customers will be the losers if the debate gets swamped by confected outrage about modelling and renewables. Ominously, another quick scan of Wednesday morning’s headlines suggests that confected outrage is winning. 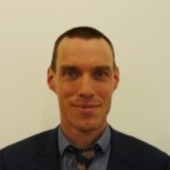