Home BLOG Far from white-washing, ABC’s Monkey Magic remake takes us back to its... 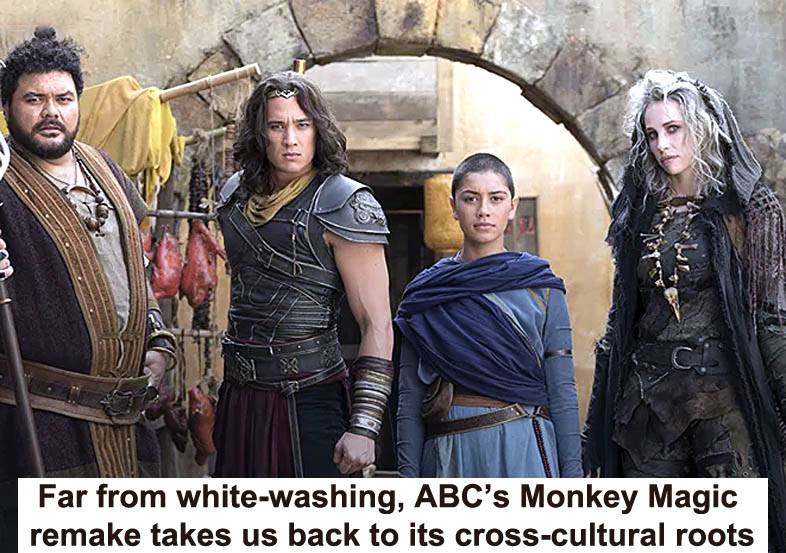 The much-anticipated series premiere of The New Legends of Monkey aired last Sunday night on children’s network ABC ME and is streaming on iView. While your kids may have been enthralled by the kung foolery of it all, older viewers may have found their inner-child chucking a nostalgia-induced tantrum shouting “It’s not the same!”

In the 1980s the BBC TV show Monkey found its way into Australian hearts with its colourful characters – Monkey, Tripitaka the monk, Pigsy the pig monster, and Sandy the water monster – and its hilarious English dubbing directly over the Japanese original made by Nippon TV.

It’s true that in the New Legends, Pigsy is a Kiwi, Sandy’s a woman, and their mouths actually move in time with their voices. But some have criticised the show for “white-washing” the story’s Asian origins.

New Legends have made a lot of changes to the Monkey we hold dear from our childhood; however, we should consider that change isn’t necessarily a bad thing. In fact culture crossing has been part of the Monkey story for hundreds of years.

In Japanese, the 1980s TV show’s title meant “Journey to the West”. This alluded to the 16th century classic of Chinese literature Journey to the West, itself based on an ancient oral folktale well known throughout East Asia. The novel recounts the pilgrimage of a Chinese monk named Xuanzang to retrieve Buddhist scriptures from India during the 7th century with his disciples, including a river monster, a pig monster, and the irrepressible Monkey King.

This diverse crew traversing across the Asian continent embodies the inherently transcultural nature of the story, even before it had reached an English language audience on its journey to the West.

In 1976 the BBC had commissioned writer David Weir to dub an imported Japanese drama entitled The Water Margin. Weir managed to make a moderate success out of the show, despite the fact that Weir didn’t understand a word of Japanese. Following the success of The Water Margin, Weir was asked in 1979 to work his magic on a Japanese production of Journey to the West (Saiyūki) which the BBC renamed Monkey.

Often referred to in English by its theme song “Monkey Magic”, Nippon Television’s Monkey veered away from historical and literary accuracy, pandering to audiences by casting a cavalcade of well-known Japanese celebrities.

Taking a tongue-in-cheek approach, the show broke from traditional retellings by incorporating outrageous fight scenes, slapstick humour, and breaking gender conventions by casting attractive actresses in male roles. Even in Japanese, Monkey was more of a comedy than a drama like The Water Margin.

Considering Weir’s monolinguistic capabilities, the BBC’s translation of Monkey was really more of a complete re-writing. By adding plenty of puns, double-entendres, and pseudo philosophical musings, the BBC made this television show utterly compelling for adolescent audiences, despite the fact it became increasingly distanced to the original. British voice actors speaking in “faux-riental” accents completed the transformation of this tale, an approach that would be seen as rather distasteful by today’s standards.

The disparate elements which came together in Monkey created the perfect storm of transcultural kitsch and an instant cult classic, something that could never have been produced by any one country or culture on its own.

Flash forward to 2018, and it would be impossible to recreate anything close to Monkey without it resembling something like the satirical YouTube channel Bad Lip Reading. So how has The New Legends of Monkey tackled such a challenge?

According to the production company’s media release, The New Legends of Monkey is set in a “universal ‘neverwhere’ world that is a hybrid of east and west… exploring the universal themes of identity, family, and destiny”.

It is worth noting that as an Australian/New Zealand co-production, New Legends seems to be incorporating more gender and ethnic diversity into its casting, making it more accurate in its representations of these ethnically and culturally diverse nations.

As writer/director Craig Irvin noted in a recent interview “more than half of [the cast] are non-European” with a diversity of backgrounds such as “Chinese-Thai, South Korean, Maori, Tongan and European”.

In terms of gender, several major characters from the first few episodes are played by women such as the tavern owner Monica (Rachel House) and the demon Princess Locke (Bryony Skillington). However, it is in the main casting where these changes are most apparent.

Water god Sandy is shown as inhabiting a female form played by Emilie Cocquerel, while Tripitaka’s character has been altered from being male (which in the original Monkey series was played by a woman, Masako Natsume), to a teenage girl (Luciane Buchanan) secretly assuming the guise of the holy monk. In this way New Legends has attempted to incorporate women into the story in a more meaningful way than previous productions.

It’s certainly not the first time that Australians have tried to recreate Monkey’s magic. Melbourne rapper Phrase created a homage to Monkey in his music video for “Skylight”, while several theatre productions such as Theatre of Image’s Monkey Journey to the West, and Castlemaine Theatre Company’s Monkey and the Monk also toured shows in the last few years. Perhaps because of the limited reach of these productions, there was little public attention given to them.

As such the production of The New Legends of Monkey is just part of a long history of transcultural adaption of this story. While traditionalists may lament the fact that the story has been taken out of its original Chinese setting, it is important to remember that this isn’t the first time this ancient tale has been adapted across cultures, and it certainly won’t be the last. 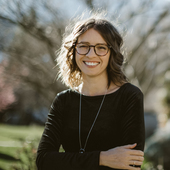 Rebecca Hausler – [PHD Candidate and Researcher in Japanese Studies, School of Languages and Cultures, The University of Queensland]