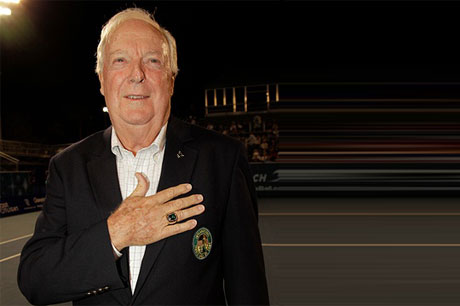 Stolle is the only male player in history who gain notoriety for having lost his first five Grand Slam singles finals, the fifth of which he was leading by two sets to love. 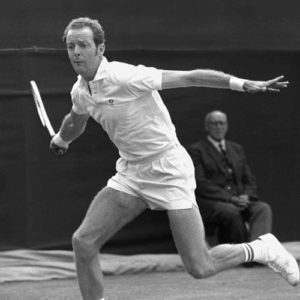 Frederick Sydney Stolle (AO) was born 8 October 1938, in Hornsby, New South Wales. Tennis is clearly in his genes, as his father Sandon Stolle was a former Australian Davis Cup player.

Stolle gained the nickname Fiery Fred or just Fiery by his fellow team mates for his outspoken competitiveness. Though this changed by 1966, when he was referred to as “Old Hacker” at the US Championships.

Stolle prefers a grass surface where has proven himself to be a force to be reconned with time and time again. 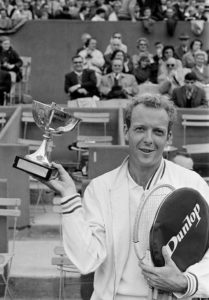 As a member of the winning Australian Davis Cup team, and three times Wimbledon runner up (1963, 1964, 1965) career highlights turned to downlights when he found himself completely unseeded arriving at Forest Hills, fresh on the back of winning the German title. This infuriated Stolle. At 28 at the time, he felt that people weren’t taking him serious. He then proceeded to win the title, the second unseeded man to do so over the then unseeded John Newcombe. (4-6, 12-10, 6-3, 6-4).

With a high velocity serve, stinging volleys and a controlled backhand, Stolle beat fellow Aussie Tony Roche at the French Open in 1965.

Stolle is one in eleven men to win all four doubles majors. 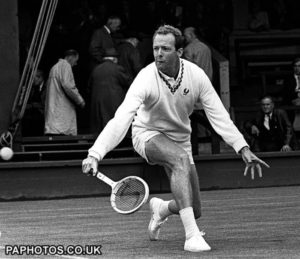 His Wimbledon and Australian championships were won with both Lesley Turner Bowrey and Anne Haydon Jones. And he won a pair of US Nationals with Margaret Court.

Stolle’s highest career ranking was Number 2 in the world. 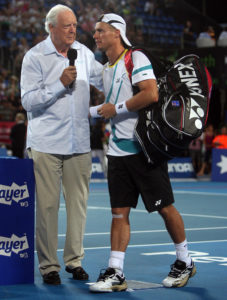 As his career began to wind down, Stolle finally retired. He continued to play World Team Tennis for Philadelphia Freedoms, and then as a player/coach of the league champion New York Apples in 1976 and 1977.

Tennis has always remained the driving force behind the man. He went on to coach American Player Vitas Gerulaitis (1977 until 1983). He was also a Director of Tennis at the Turnberry Isle Resort in Aventura, Florida for a long duration. President of Grand Slam Sports and co-owner of the International Tennis Championships, an ATP event in Delray Beach, Florida.

More recently Stolle has turned his talents to the microphone as a tennis commentator alongside Cliff Drysdale for ESPN, Fox Sports and Channel Nine Australia.

Stolle was inducted into the Sport Australia Hall of Fame in 1988. 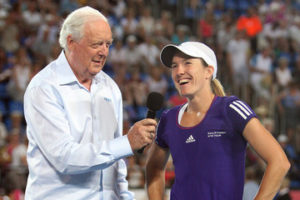 He received the Australian Sports Medal in 2000.

And in 2005, made the Queens honours list, receiving and Order of Australia (AO)

Stolle is married to wife Patricia and has three children, Monique, Nadine and Sandon, who is a former top ATP touring professional.