Canadian Harry Manx brings his own genre, often referred to as the ‘Mystissippi Blues’– back to MEMO  on Friday 16 September.

His mesmerizing sound is an organic fusion of eastern musical traditions with the Blues.  The result is an expressive, moving and unforgettable new world. 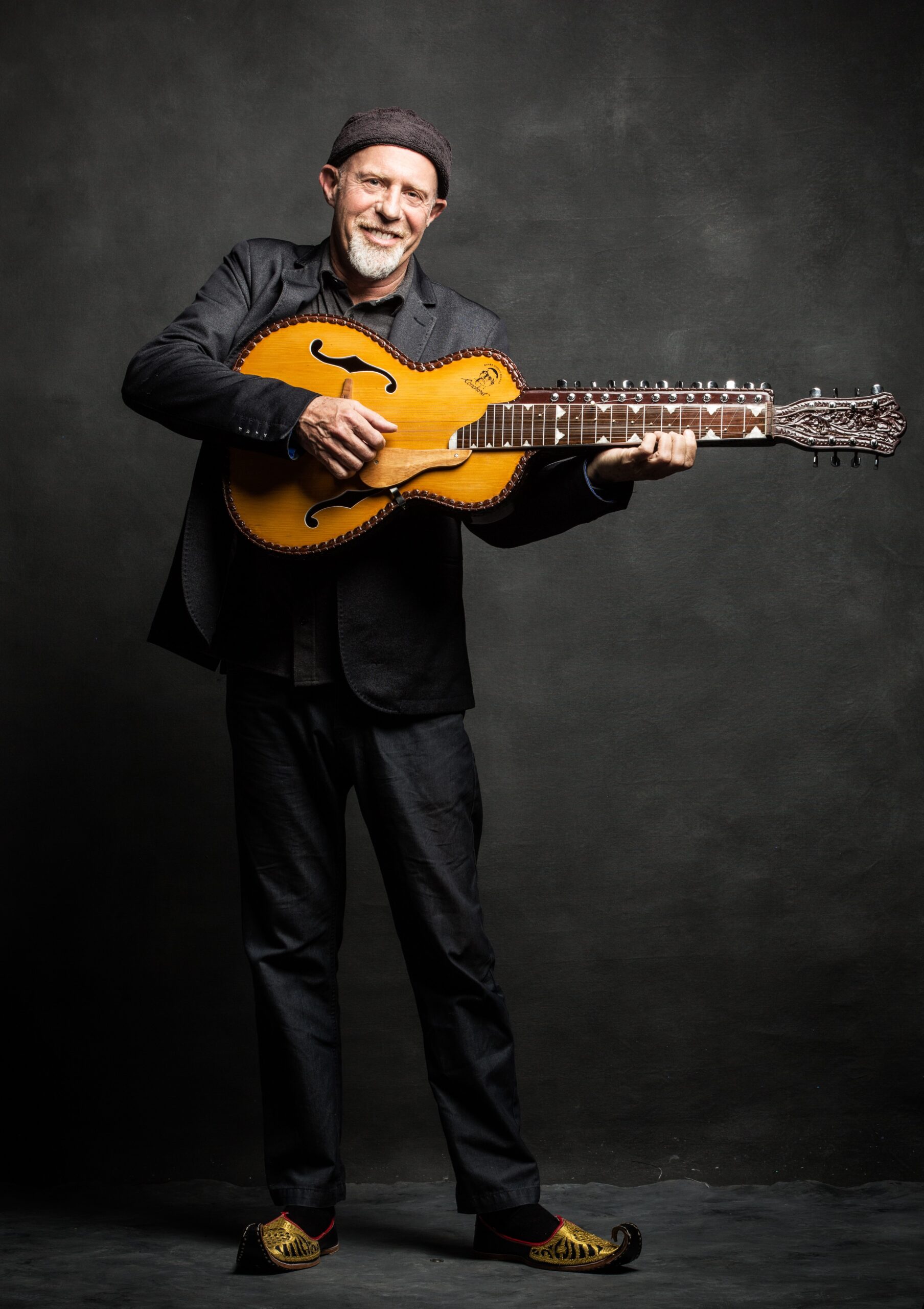 Read a Review of his Katoomba show here  http://www.theage.com.au/entertainment/music/review-harry-manx-weaves-his-spell-with-glistening-slide-playing-20140801-zzaag.html

Harry Manx has been one of the most successful international touring musicians ever to grace stages in Australia.   Returning in September and October for over 30 concert dates, this deeply original multi-instrumentalist has entertained audiences in more than 10 extensive tours since 2001.

The explanation is simple.  Harry’s created his own genre, often referred to as the ‘Mystissippi Blues’.   His mesmerizing sound is an organic fusion of eastern musical traditions with the Blues.  The result is an expressive, moving and unforgettable new world.

A worldwide festival favorite, Harry’s 13 albums and ceaseless touring have seen him earn a slew of Maple Leaf, Juno and Canadian Folk Awards, nominations, and accolades from musicians and fans alike.

“Watching Harry play tonight I feel like I learned something new…….”

In February 2013, Harry’s 20-stringed Mohan Veena, was stolen from an airport carousel in Chicago.   By the next day over 3 million people and the AP news service had spread the word and put Harry and his little-known instrument on the world map!  Global relief ensued when police found the culprit and Harry was reunited with his Mohan Veena.

And in 2015 prolific Harry released his newest album – the acclaimed “20 Strings and the Truth”, a mostly instrumental album that pays homage to his beloved Mohan Veena.

Harry will be accompanied by Sydney-based pianist Clayton Doley for many of the dates.

Harry forged his distinctive style by studying at the feet of the masters, first as a sound man in the blues clubs of Toronto during his formative years and then under a rigorous tutelage with Vishwa Mohan Bhatt in India. Bhatt is the inventor of the 20-stringed Mohan Veena, which has become Harry’s signature instrument.

Harry played slide guitar for many years before meeting Bhatt in Rajasthan, in fact he had been living in another part of India for many years already, but he started at the beginning under Bhatt’s tutelage, unlearning most of what he knew about playing a slide instrument.

He learned Eastern scales and eventually ragas, deceptively complex and regimented musical patterns that form the basis of Indian composition. Learning the voicings of Indian music is a subtle art that comes with time. Harry spent most of twelve years in India learning that.  It was later on that Harry decided to explore the connection between Indian ragas and blues scales which eventually led to the Indo-blues hybrid that has become his style.

Born on the Isle of Man, Manx immigrated to Ontario with his parents when he was a child. He started working with bands as a ‘roadie’ at age 15 and gradually worked his way up to becoming the regular sound man at the well-known Blues club  El Mocambo in Toronto. There he worked with a slew of blues legends. Harry admits that blues is still at the heart of much of his work. “I’ve always had one foot in the blues from those days … what I got from those artists is a groove. That’s what I’m particularly interested in is the groove, and that’s the way I play blues”.

“I went to Europe when I was 20 and started making money as a busker,” recalls Manx. “I’ve worked mostly as a musician since then, though I did some theatre work for a while. I was a one-man band with a drums and a cymbals for a time too. It was really a lot of fun.”

Manx’s time in India has imbued his music with an intangible spiritual quality “the song reveals who you are, it’s the vehicle for your message, your inspirational ideas or your story,” explained Manx. “Like many people I’m interested in my own development as a person and that’s represented in my songs, I’m searching for truth through art and spirituality.  My songs are a synthesis of everything I’ve absorbed, all my experiences and I share that. I’m glad that it means something to people.”

“Indian music moves a person inward,” he explains. “It’s traditionally used in religious ceremonies and during meditations because it puts you into this whole other place (now, here).

But Western music has the ability to move you outward, into celebration and dance. There are some ragas that sound bluesy, and there are ways to bend strings while playing blues that sound Indian. I may be forcing the relationship between the two musical cultures, but I keep thinking they were made for each other. That leads me to more and more experimentation. The journey has been great so far.”

Blending Indian folk melodies with slide guitar blues; adding a sprinkle of gospel and some compelling grooves, that’s the sound that Harry lays down. It goes down easy and leaves you hungry for more.