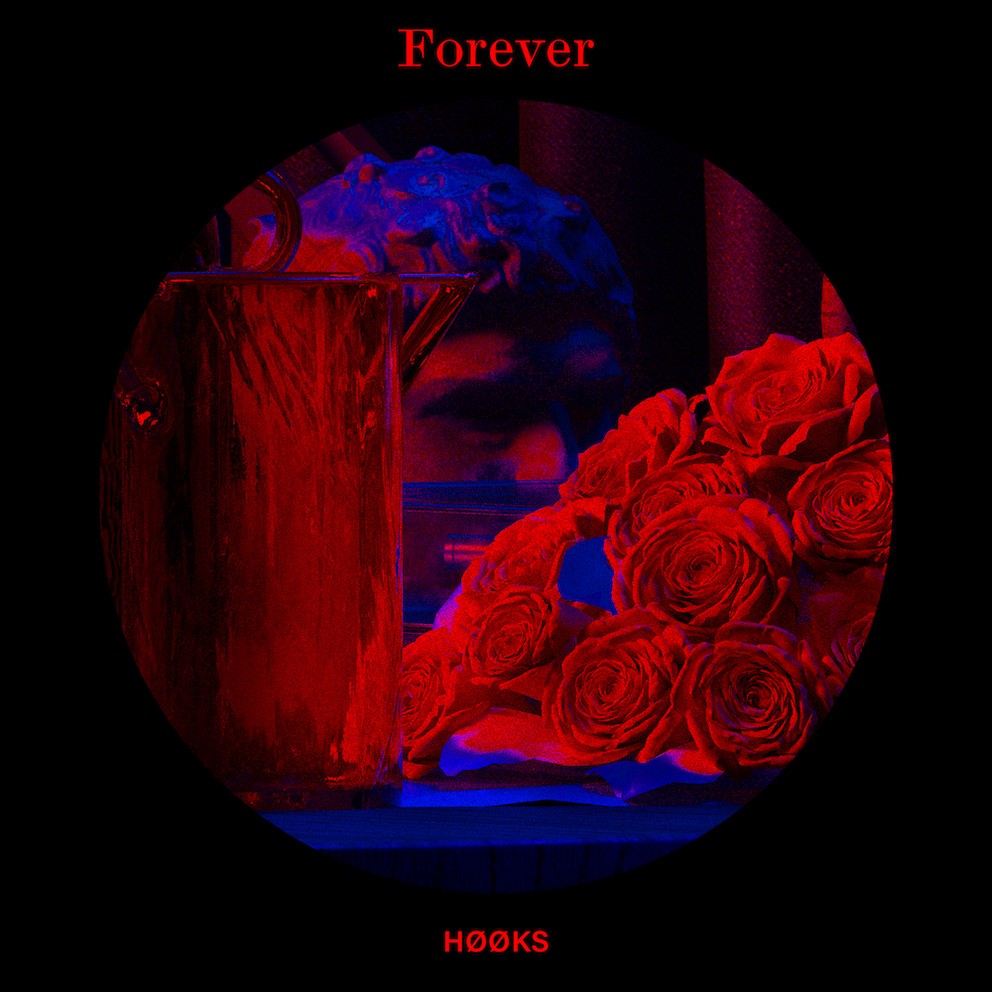 With summer written all over it, ‘Forever’ is an infectious blend of hip-swaying Latin rhythms, horns, synths, and punchy beats.  Recorded with NZ-born, LA-based producer Simon Oscroft; mixed by the award-winning Simon Gooding and mastered by the prolific London-based John Davis (who’s worked with the likes of Dua Lipa, U2, Years & Years); the song is all about: “finding somebody that’s patient, somebody who cares enough about you to allow you the opportunity to relax around them.” (explain Hooks)

‘Forever’ serves as the perfect introduction to HOOKS and their hyper-stylized world, which shines through on the song’s mesmerising video, made by Mardo El Noor.

“The video inhabits a visual world where meticulously staged domestic vignettes are frozen in time or stuck in a loop forever, which is a reference to how the concept of time doesn’t apply to moments of realising you’re deeply and irrationally in love with someone or something.”

“Mardo’s intention was to use looping stereo-graphs as a visual device that captures these forever moments; the good, the bad, and the crazy. Depicting scenes of pure hedonism and over-indulgence, ‘Forever’ attempts to construct a loose narrative of what would happen to someone’s world if impulses were left unchecked.”

For HOOKS, ‘Forever’ is just the very beginning of what’s guaranteed to be a delirious ride.  With sounds reminiscent of Gorillaz, Daft Punk, Groove Armada, DJ Spiller, Sophie Ellis-Bextor and Morcheeba, they would sit nicely on a roller-disco playlist or a James Bond soundtrack.

And in the vein of virtual band Gorillaz and enigmatic duo Daft Punk – HOOKS is a project that asks its audience to focus on the art and allow mystery and intrigue to surround its creators. Jump on and enjoy the ride!

For more info, please go to: