Melbourne’s successful bid to host a prestigious international conference on music cities in 2018 has been hailed as a golden opportunity for it to cement its status as “Australia’s music capital”, and “a global music city”.

The Music Cities Convention brings together global music players from government, industry and the academy and aims to “create a tool-kit” about how to “cultivate [a] vibrant and lucrative music city”.

But is Melbourne really Australia’s music capital? In a recent paper, I crunched the numbers to find that the jury is still out on this claim. Indeed arch rival, Sydney (or even Adelaide) have a chance to claim this title.

UNESCO, the United Nations’ education, science and culture body, offers the only official accreditation of a music city. For a city to be awarded this title, it needs to have a strong music heritage, an excellent background in music-making, education, community involvement and regular high-profile local and international music events.

UNESCO has designated Melbourne a city of literature, and Sydney a city of film. But Adelaide that was recognised as Australia’s only city of music in 2015. Adelaide plays host to numerous international festivals including the annual WOMADelaide, and the OzAsia Festival.

Arguably Melbourne fulfils this criteria, however UNESCO does not allow for cities to hold more than one title in different creative industries. This leaves Melbourne and its music capital status in the dubious land of self-branding.

Show us the money

After extensive data mining I found three ways of assessing the vitality of a city’s music scene: economics, creativity, and heritage, although the data are patchy.

Firstly, we can look at the economics of music, including revenue from music, employment, audience participation, and the number of music venues. As the 2015 Mastering of a Music City report suggest, a “music city” is defined as an urban area with a “vibrant music economy”.

According to Victorian reports, Melbourne has 465 live music venues and its music industry earns more than A$1.04 billion each year. Although not included in the 2015 World Cities Cultural Report, this puts Melbourne ahead of Sydney with 435 venues. Adelaide, which was given music city status by UNESCO, has about 208 live music venues. Therefore Melbourne (and even Sydney) compares favourably with Los Angeles (510 venues), New York City (453), Tokyo (385), and London (245).

As Martin Elbourne, co-founder of the inaugural Music Conventions, contends, most of the commercial music business is based in Sydney.

We can also consider a city’s creativity, calculated through measures such as technology, talent, tolerance and territorial assets. As US urban economist Richard Florida would argue, these measures show that a city is welcoming to the music industry.

The 2017 Start-up Genome project, which assesses the success rate of start-ups and their link to job creation and economic growth, ranked Melbourne 22nd in the world for technology and music start-up culture, just pipped by Sydney at 21st.

However Melbourne comes up trumps on musical talent. As 2003-2013 postcode data show, Melbourne had the most songwriters in the nation, with Sydney coming a close second.

Tolerance is harder to measure, because it is linked to lifestyle choices. Tourism Victoria contends that Melbourne is renowned for its creative leaders, who are community minded with a progressive mindset.

Melbourne has also earned the title of most liveable city in the world for the past six years. Adelaide was ranked fifth in the world, while Sydney came in seventh.

However, transport problems, housing affordability and geographical isolation from the Northern Hemisphere are points against Melbourne’s liveability.

Whether Melbourne is Australia’s music capital remains up for debate because the many different ways we can measure music activity in cities paint different pictures.

But to date, the claims that Melbourne is Australia’s music capital remain an abstract notion coined by cultural groups that have a vested interest in pursuing a policy agenda: to sell their city as a national and global music city. 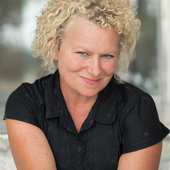 Will Melbourne claim the national music crown? This will be discussed in Andrea Baker’s next book, The Great Music City, Music, Space and Identity, (Palgrave Macmillan: London) due for release next year

Previous articleJMQ JAZZ THURSDAY – This week MAY 18, MEL SEARLE 7.30PM. Next Week Only ***WEDNESDAY May 24***, EMMA GILMARTIN 7pm [also Paula’s birthday celebration]
Next articleWhy 2℃ of global warming is much worse for Australia than 1.5℃