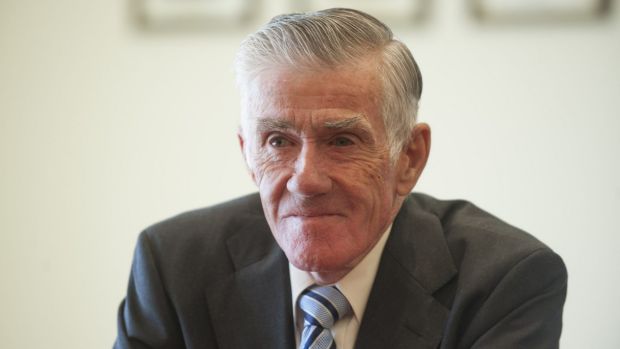 Ken Rosewall is a former Australian tennis player who held a number one world ranking for a total of six years. This living legend from Sydney is considered to be one of the top male tennis players of all time. 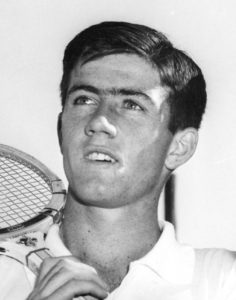 Despite his phenomenal career, Rosewall came from very humble beginning. Born 2 November 1934 in Hurstville, Sydney, his father Robert was a grocer. When Ken was a year old, his family moved to rockdale where his father bought three clay tennis courts.

It was on these courts at age 3, Rosewall was given a shortened racquet and he started playing tennis. Born left handed, his father taught him to play right-handed. He developed a powerful backhand, but lacked power behind his serve as a result of it. At 5 ft 7 inches and with a weight of 67 kilos, Rosewall acquired the nickname ‘Muscles’ by his peers simply because he didn’t have any. Rosewall used placement and court speed to make up for any lack of physical presence. Rosewall was fast and covered the court with ease. He had a deadly volley and his sliced backhand was his overpowering shot. 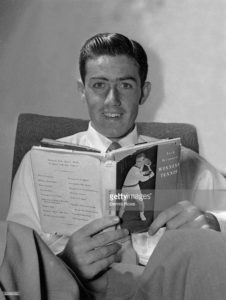 Rosewalls professional career started at the age of 18 when he won the Australian Open, and played his last grand slam at age 39 at the US Open against Jimmy Connors.

While major titles were being picked off by amateur players, Australian players like Rod Laver, Lewis Hoad, Francis Sedgman and Ken Rosewall who were at their peak were forbidden from playing major tournaments. Up until 1968, only ‘amateur’ players were allowed to compete in the ‘Big Four’ major tournaments. (Australian Open, Wimbledon, French Open and the US Open) Those who chose to turn professional and make a living playing tennis were barred.

In tennis, when considering players for the title of “greatest of all time”, the first criteria turns to the number of major titles won. However, it’s not that clear cut. There are other factors that must be considered, such as quality of opposition and opportunity. 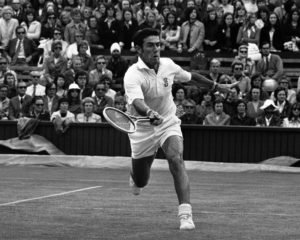 If you also take into consideration, that he wasn’t allowed to compete at majors between 1957 to 1967, he effectively missed out on another 48 opportunities to add to his tally. That’s another possible 11 chances at clenching a Wimbledon title.

When take into consideration that he held the title of “best player in the world” between 1960 and 1964, it only would have improved his chances of winning at least two or three Wimbledon’s, and possibly another six or seven majors.

At the 1971 Australian Open, Rosewall became the first male player to win a grand slam event without dropping a set. 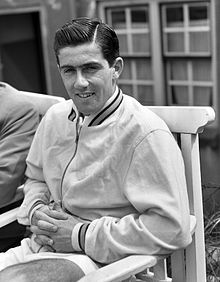 The only other professional player who has even come close to Rosewall’s stats is Andre Agassi who appeared in his first grand slam final in 1990 and in his last in 2015, some six years shy of Rosewall’s outstanding career.

Even at age 43, some thirty or so years after his first title, Rosewall was still ranked in the top 15 in the world and virtually achieved this on the back of an injury free career.

Rosewall has received many honours over the years including having centre court at Sydney’s Olympic Tennis Centre named Ken Rosewall Arena after him. 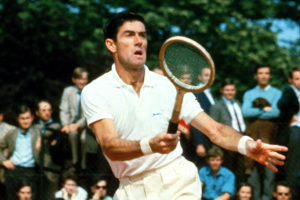 Rosewall retired to Turrumurra with his wife Wilma, the first house they bought together back in 1956. The two have five children between them.