José Saramago’s parable Seeing (2004) explores how irrationality and stupidity become manifest when political decision-making is taken “hostage” by financial powers. The Nobel Prize-winning author warns that contemporary politics is no longer able to resist the pressure of economic power. This is because we live in amputated and kidnapped democracies that no longer protect citizens’ interests.

Unsurprisingly, this concern has become much more generalised among citizens in recent years. Journalists, activists, politicians and economists have also intuitively employed the concept of “kidnapped democracy” to describe our political predicament. The term kidnap is clearly a useful metaphor for understanding the times and power relations in which we live, especially if we can spell out its meaning, its consequences, and the stakeholders (the kidnappers and the hostages) who intervene in the process.

Kidnapping implies that someone is being held against their will. At the mercy of the kidnapper, the hostage loses any capacity for action and free movement. So when democracy is kidnapped, its main institutions and basic structures – parliaments, political parties, trade unions, mass media and NGOs – are held hostage.

Of course, there are some differences between the kidnapping of people and the kidnapping of institutions, but both situations are complex and potentially violent. And both can produce repressed, complicit victims.

Separating the victims from the kidnappers is no easy task. There are plenty of kidnapped stakeholders and different types of kidnappers.

Parliaments, governments, political parties, trade unions, mass media and NGOs all play a basic role in the political system. Despite performing specific tasks, each is expected to serve citizens and respect the maximum plurality of possible interests, or at least try to do so. Unfortunately, all these institutions are becoming less legitimate, to varying degrees, in almost all democracies.

More and more people believe these democratic institutions exist only to serve a select minority, having lost their capacity to act and their freedom to mediate or represent plural interests meaningfully.

So have they been kidnapped? How did it happen? And what hidden causes and dynamics lie behind the capture?

Take, for example, the Greek government: can it really act freely? Can it represent its citizens or is it hostage to international powers and organisations that dictate its policies and destiny, to the great frustration of its citizens?

While a seemingly extreme example, Greece is certainly not the only country that must confront such questions. Other European Union nations are similarly troubled.

When the Spanish Socialist government (PSOE), supported by what was then the Partido Popular opposition party, reformed the nation’s constitution in 2011, a budget stability principle was passed. This gave priority to repaying public debt within the state’s general budget. This measure was considered most controversial, and was unpopular among citizens precisely because it explicitly and exclusively addressed the need to satisfy financial markets.

Things are not so different when we look northwards. Even in the “powerful” and economically strong Germany, Chancellor Angela Merkel suffered such captivity.

At the beginning of 2010 and in the face of economic crisis, Merkel considered the need to redistribute certain costs, insisting that creditors should also pay part of the costs. However, this proposal swiftly changed when “the markets” reacted by slightly increasing interest rates on German public debt. The idea of redistributing, albeit minimally, the costs of the country’s economic hardships was rapidly ruled out.

Evidently, governments have tremendous difficulty acting freely. The financing of markets, globalisation and the formation of multi-party governments all come into play. Political parties have even contributed to their own captivity and loss of freedom by taking on large debts with banks in order to win elections.

Other basic pillars of the democratic system are losing the capacity to represent plural interests. Trade unions and their close links with media powers, along with their concentration and progressive takeover by international corporations, come to mind.

So do NGOs that depend on external financing from political and economic centres. Are they not increasingly becoming hostage to propertied powers and dynamics that prevent them from meeting their original purpose?

Who are the kidnappers?

The kidnappers themselves are many and diverse; they vary by country and the range of strategies they employ. It is remarkable that former International Monetary Fund chief economist Simon Johnson has expressed his concern about the power of well-established financial oligarchies, particularly in the US, to impose systematic policies that are self-serving. Such financial elites include multinationals, rating agencies and powerful pharmaceutical and weapons industries.

Of course, these stakeholders whose power goes well beyond the economic sphere to kidnap the space of politics are also prevalent in Europe, Latin America, Australia and many other “stable democracies”. The kidnappers resort to various strategies and tools, which range from providing finances and maintaining close connections with politicians to taking advantage of revolving doors and making implicit or explicit threats.

But their common objective is seen everywhere: to determine the destination of politics and to limit, or even strangle, the power of basic democratic structures that should otherwise grant citizens a voice. When the pillars of democracy are kidnapped, citizens become victims of the whole process.

Stockholm syndrome is a peculiar but well-known psychological reaction that sets in when hostages develop an affective link and positive feelings towards their kidnappers. It’s not a stretch to see this syndrome at work in our contemporary democracies.

How many voters, even those aware of their captivity, justify their kidnappers’ decisions? How many brush off austerity policies with a simple “it’s just what has to be done”? And how many economic and political leaders are paradoxically received as liberators of a population?

A significant part of the population, while certainly not the entire population, seems to be complacent about today’s kidnapped democracy. It is as if they have surrendered themselves emotionally and given themselves up to their captors.

It’s worth noting the difference in the levels of silence (or noise) when people, as opposed to whole democracies, are kidnapped. In “classic” forms of kidnapping, the criminals themselves often contact the relatives and loved ones of their hostage to make demands. In doing so, they raise the alarm, which can also be raised by anyone who may have witnessed the kidnapping.

Something different takes place when a democracy is kidnapped. In this instance, the kidnappers intentionally keep quiet about what is happening. They do not want to draw attention to what they are doing. They make no calls and showcase no distressed victims, nor do they seek to attract media coverage to voice explicit demands.

The kidnappers’ power lies in their capacity to keep their control over institutions silent. To do so, the kidnappers must develop their influence as subtly as possible. They need citizens to perceive that all is normal and suppose that democracy works. Appearances must be reassuring enough that no-one fears the power that the kidnappers acquire, so that their control is not threatened, or at least not openly questioned.

How can citizens free themselves?

Is there any way to free democracy and citizens from their stealthy, wealthy, elite captors? To date, the populists who promise us salvation do not appear to offer much hope for an urgent renewal of democracy for the people.

Yet some monitoring and accountability initiatives launched by civil society are finding ways to resist the silence, raise the alarm and break up the Stockholm syndrome.

Unveiling and demonstrating with evidence the extent to which our democracies have been kidnapped is necessary, not least to promote public reflection on the problem. But the key to renewal surely lies in new democratic mechanisms and forms of citizen participation that are capable of ending the concentrations of power that are kidnapping our democracies and victimising their citizens. 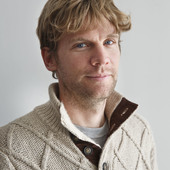 Ramón A. Feenstra – [Lecturer of Moral Philosophy, Universitat Jaume I]