Launching in May, the InSight mission will measure marsquakes to explore the interior of Mars

When we look up at Mars in the night sky we see a red planet – largely due to its rusty surface. But what’s on the inside?

Launching in May, the next NASA space mission will study the interior of Mars.

The InSight (Interior exploration using Seismic Investigations, Geodesy and Heat Transport) spacecraft will be a stationary lander mission that measures seismic activity on Mars (often referred to as marsquakes) as well as interior heat flow.

Read more: A brief history of Martian exploration – as the InSight Lander prepares to launch

By listening to and probing the Martian crust and interior, the project aims to understand the formation and evolution of Mars.

The InSight mission is scheduled to launch from California in early May, with landing on Mars planned for November. The expected lifetime of the mission is at least two years.

The payload on board InSight includes the seismic instrument SEIS (Seismic Experiment for Interior Structure). Its task is to record seismic activity, or vibrations, of the planet.

Apart from shaking the ground while passing, seismic waves can be extremely useful in telling us about the structure of planetary interiors. Seismic waves travel at different speeds when passing through different materials. Processing their arrival time and strength via recorded seismographs is a clever way to learn about the interior structure of a planetary body – such as the crust, the next layer down (the mantle), and the core.

It is generally believed that tectonic processes could have shaped Mars in its early evolution, similar to the Earth. However, unlike the Earth in younger ages, Mars has become largely tectonically dormant.

Considering that tectonics on Mars may not be reminiscent of what we see on our planet, we suspect that meteoroid strikes will play a major role in causing marsquakes.

On Earth, frequent and small meteoroids most often burn up in the atmosphere and appear to us as a form of “shooting star”. When a rock from space moving at supersonic speed encounters the terrestrial atmosphere, the air in front of it gets compressed extremely quickly. Temperature rises and heat builds up, so the rock starts to shine bright under the process of its destruction.

However, on Mars we think that meteoroids may not necessarily burn up entirely upon encountering the martian atmosphere. This is simply because Mars has a less dense atmosphere than the Earth – so incoming meteoroids have a higher penetrating power. These impact events would produce seismic disturbance in the atmosphere, and also likely in the ground.

Detecting meteoroid strikes on planetary bodies began with the lunar Apollo program. Apollo missions carried seismometers to the Moon, and as a result we had a network of seismometers that operated on the Moon from 1969-77.

During its lifetime, the Apollo seismic network recorded shallow quakes produced by frequent meteoroid bombardment. Considering that the Moon does not have an atmosphere to protect its surface from the incoming meteoroids, the Apollo seismic network provided heaps of seismic data from the Moon. These impact-induced seismic moonquakes provided the first constraints about the thickness of the lunar crust as well as structure of crust and deep interior.

During the lunar exploratory boom with the Apollo program, NASA also launched Vikings 1 and 2 to Mars in 1975. These became the first missions to land on Mars, and each Viking mission carried a seismometer.

To date, we have had no other seismic station on any extraterrestrial planetary body. This makes InSight the first-of-its-kind mission to be placed on Mars. While its design relies on proven technologies from past missions, it is ground-breaking in terms of expected science goals.

Instead of making orbital remote sensing surveys or roving on the surface similar to other rovers, InSight has a different goal to previous Martian missions.

Why are we so interested in the subsurface of Mars?

Mars and Earth differ in size, temperature, and atmospheric composition. But similar geological features such as craters, volcanoes, or canyons can be observed on both planets. This implies that the interior of Mars may be similar to Earth’s.

It is also quite likely that there was liquid water on the surface of ancient Mars, which was the time Mars could have been very similar to Earth. So Mars could answer questions about the ancient habitability of our solar system.

Unlike potentially habitable planets orbiting distant stars, Mars is reachable within our lifetime. Discovering martian crustal properties is of great importance when it comes to planning landing missions and investigating signs of extraterrestrial habitability.

My role in the InSight mission is to work with the science team in analysing the data (impact-induced seismograms and any respective orbital imagery) to work out what kind of impacts had occurred during the mission lifetime. 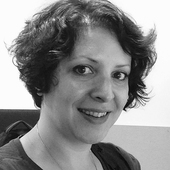 Previous articleEvidence-based parenting: how to deal with aggression, tantrums and defiance
Next articleTo create safer cities for everyone, we need to avoid security that threatens