Despite the prominent public role played by Melbourne’s Federation Square, Apple’s new “flagship store” to be built within it won’t even require a planning permit.

This is thanks to an obscure planning process that planning minister Richard Wynne has exempted from public exhibition. In this process, town planning’s role has been relegated from guardian of places or a perceived public good, to that of a corporate facilitator.

The project has met with significant criticism, particularly from those who view Federation Square as public space and recognise its importance to Melbourne as both an image and a gathering place.

From ugly duckling to emblem

Federation Square was opened to a mixed reception in 2002. Its angular, edgy design and rolling topography are among the elements that caused consternation. This edgy distinctiveness has helped make the square not just a physical landmark, but an enduring image of the city that one might recognise in the City of Melbourne’s 2009 rebrand.

In a nation of few urban squares, Federation Square has assumed something of the role in Melbourne of an Athenian agora: a place of meeting, of ideas, of assembly, stories and culture; at once a vital repository and transmitter of a city’s identity.

Federation Square is run by a corporation established by the Victorian government. This arrangement notwithstanding, the square’s public role is embedded in a “Cultural and Civic Charter” which positions it as a place of ideas, arts, expression and festivals.

Retail offerings are to contribute to but remain subsidiary to these public ends. This explains the lack of commercial advertising throughout the precinct and the growth of cafes and restaurants on the edges of buildings that form social anchors, encouraging people to linger and meet.

Federation Square’s Apple store was announced as planning policy changes were formally gazetted that exempt it from any planning permit requirements that would ordinarily apply to buildings and works on the site.

The changes use an unusual provision in Victorian municipal planning schemes (known as Clause 52.03) that allows specific projects at specific sites to be exempt from planning permit requirements or prohibitions that would otherwise apply. As part of the amendment, an incorporated document has also been gazetted that facilitates Apple’s proposal.

In effect, a parallel planning process has been engineered away from public scrutiny to allow Apple to build a store in a public space. Corporate interests have, as with Melbourne’s West Gate Tollway, been put ahead of community involvement.

Rumours of the Yarra building in Federation Square’s potential demolition to make way for an Apple store prompted angst in late 2016. The talk came alongside the tech giant’s apparent global drive to co-opt the very idea of a public square so as to physically and symbolically dominate spaces that define local identity.

This may be seen as an attempt to recreate the public realm along the lines of tech corporations’ dominance of the online spaces in which we increasingly dwell. Such strategies ignore at their peril the relationships between people and places like Federation Square, which are informed by entwined ideas of place attachment and distinctiveness.

Place attachment speaks to the bonds that bind people to places. These bonds influence our sense of well-being and belonging, and are often formed by visual or experiential cues – images or stories, that we retain.

Read more: Safe in the City? Girls tell it like it is

Fundamentally, these bonds depend on a place carrying a distinctive meaning that differentiates it from others.

Apple’s interest in Federation Square, and in co-opting the idea of the public square in general, goes beyond the quest for profit. It involves co-opting the very essence of public life. Could we yet see the quaint idea of the town square morph into the town apple? 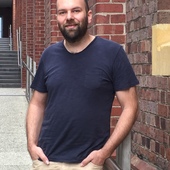