The Little Feet Music Band is coming to the main stage at Gasworks Arts Park for one performance only these School Holidays. On Tuesday April 10 children from age 1 and up will love singing, moving, dancing jumping clapping and tapping along. Favourites from albums Jump Around, Giggle & Jiggle and the latest album, recorded in Nashville I’m Jelly will be performed live with a full band.  The first two albums currently feature on Qantas and Singapore Airlines in-flight entertainment

Songs about germs, songs about jumping, songs about animals and songs about poop! Children (and adults too!) will love this funny and wild performance by The Little Feet Music Band, joined on stage by Bingle, the crazy dancing bear. The band of brilliant musicians including drums, bass guitar, guitar and vocals will have children and adults dancing, laughing and singing like never before! Little Feet Music live shows are entertaining, interactive and fun fun fun.

The new Little Feet Music album (recorded in NASHVILLE!) is out now and available at the concert.

Rachel Parkinson has been involved in the entertainment industry since 1992, having played drums, guitar and sung in original touring pub and club bands from the age of 16.  Her first band, Exploding Daisies, had a release in Australia and overseas, and charted as high as 15 in the Australian Independent Charts.  Exploding Daisies toured Australia supporting the likes of Baby Animals, Hunters and Collectors and Mental As Anything.
As a solo performer Rachel supported Eric Burdon and The Animals and performed at numerous venues throughout Australia. 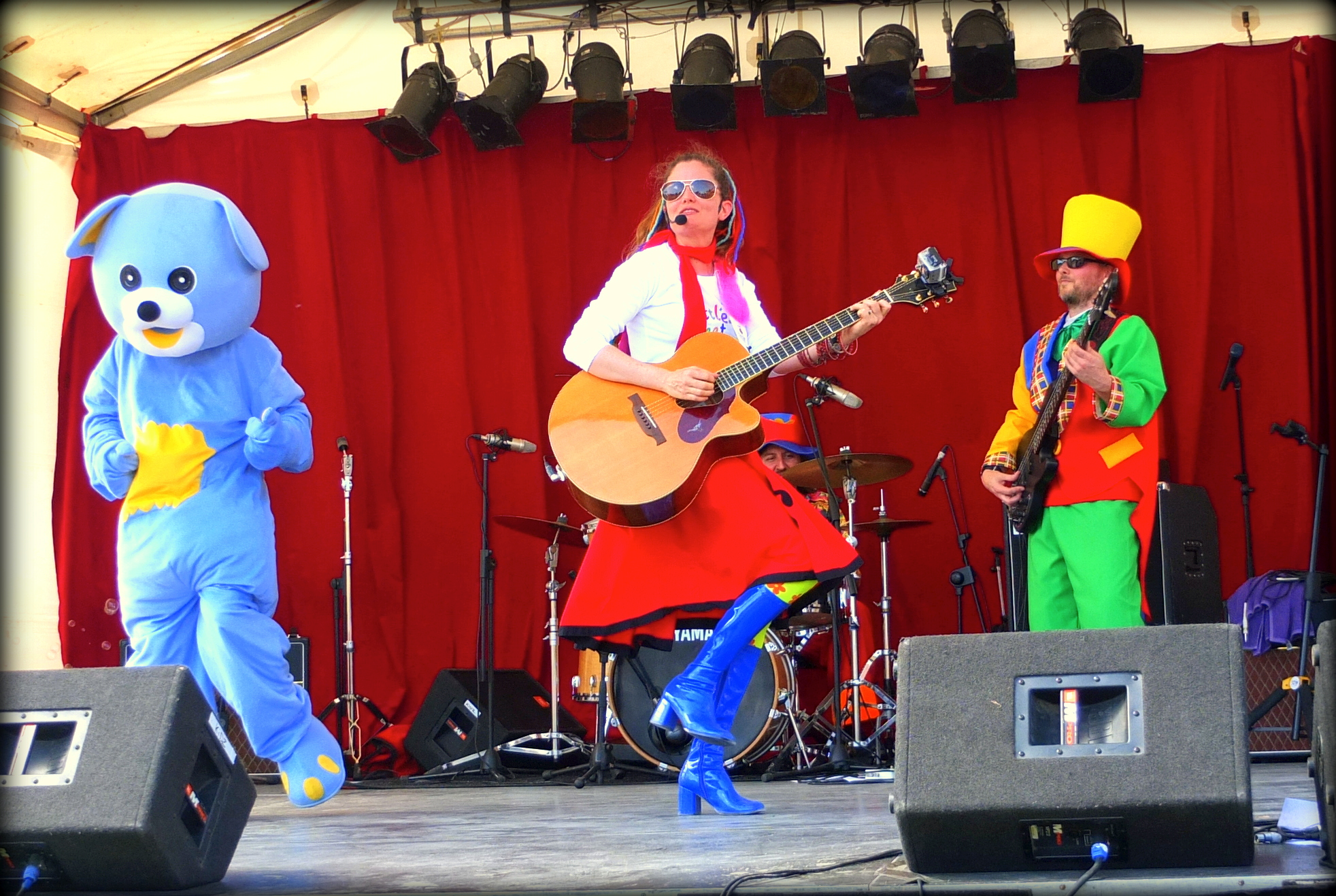