“Post-truth” was the Oxford English Dictionary “word of the year” for 2016. As we move into 2018, let’s hope the hype surrounding this term gives way to more measured assessments. The term has all the uses and disadvantages of the hyperbole it represents.

On one hand, it draws attention to the profound challenges facing today’s news media and liberal democracies. On the other, it makes it seem like we have entered into a new dystopian world where politicians no longer want or need to tell the truth, and the media is so awash with “fake news” that citizens cannot trust it.

Yet this won’t do. It is easy to imagine that Australia’s former Deputy Prime Minister, Barnaby Joyce, wishes that the media no longer had the will or wherewithal to report the truth. When Steve Bannon called the mainstream media the new “opposition party”, it is clear that he wanted it to be true.

Yet CNN, the Washington Post and the New York Times are still trading. It is Bannon who has fallen from power. In Australia, too, media outlets continue to express biases and all the shortcomings that beset the mortal frame. Yet trying and failing to tell the whole truth, and nothing but, is a very different thing from disregarding truth altogether.

Traditional news services now face unprecedented competition in the age of the internet and social media. The need to attract large numbers of clicks favours sensationalism over serious research and partisanship over patient reportage.

Yet none of this makes truth-telling impossible. That is a claim which favours people who want to truck in half-truths and misrepresentations, and excuse themselves by saying that everyone else does it. Trump is a big fan of throwing around the term “fake news”. So is Vladimir Putin.

Nor do such challenges remove the vital role of truth-telling in sustaining open societies. On the contrary, citizens need to be able to “keep the bastards honest” more than ever, especially when they take to donning saviour’s clothing. Speaking truth to power is the great moral challenge of our time.

At the beginning of modern scientific culture, philosopher Francis Bacon made a series of observations about how our minds work. They remain as relevant as ever in this apparent age of post-truth. For example:

The human mind resembles those uneven mirrors which impart their own properties to different objects, from which rays are emitted that distort and disfigure the truth.

When any proposition has been once laid down (our mind) forces everything else to add fresh support and confirmation.“

By contrast, we have a tough time accepting anything we don’t, well, “like”:

and although the most cogent and abundant evidences may exist to the contrary, yet we either do not observe or despise them, … sometimes with violent and injurious prejudice, rather than sacrifice the authority of our own first conclusions.

In short: “people always believe more readily that which they prefer to be true”, rather than what happens to be true.

When it comes to prescribing his “new instrument” for inquiry, Bacon coaches his readers in how and where to actively seek out things that elude, challenge, upset or reframe their established beliefs.

So you can see what Francis Bacon is to Facebook.

Facebook generates your feed based on your past likes. Its business model figures you’ll be more likely to stay on the platform by being fed items that please rather than oppose or challenge you.

In other words, social media weaponises the “idols of the human mind”, which Bacon said prevent people from finding the truth. A Baconian Facebook would select your news items based on what you are likely to disagree with rather than playing to your prejudices.

Liberals and leftists would be made to “friend” devoted readers of Breitbart. They in turn would be fed the New York Times and the Washington Post. And perhaps the accelerating uncivil polarisation of public life would actually slow.

Shortly after Bacon, another modern giant, Benedict de Spinoza, also distinguished the ways we follow the prejudices and “likes” of our tribes from how he believed people should seek the truth.

We are social creatures, Spinoza observed. His Ethics deftly analyses the way our emotions and opinions “love company”. We very often do or believe things simply because others around us do. Moreover, “everyone endeavours, as far as possible, to cause others to love what he himself loves, and to hate what he himself hates”.

Indeed, fuelled by this echoing and mirroring of our passionate beliefs, we readily jump to generalisations about whole groups, based only on whether we like or dislike some individuals:

If a man has been affected pleasurably or painfully by anyone, of a class or nation different from his own, and if the pleasure or pain has been accompanied by the idea of the said stranger as cause … the man will feel love or hatred, not only to the individual stranger, but also to the whole class or nation whereto he belongs.

Today’s social media feeds upon these characteristics, fuelling tribalism and incivility. But Spinoza agrees with Bacon that the only way to halt the hatred is to cultivate people’s awareness of their own tendencies to select, simplify and screen information.

We are not post-truth. But it is up to citizens to be alert to lies and distortions. And it’s up to our educational institutions to keep alive the many resources in our tradition which can prevent hyperbole from becoming fact. 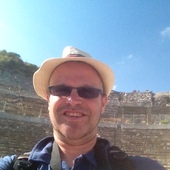