Join with the Torres Strait Islander and Aboriginal communities in Victoria to celebrate one of the most significant dates on the Indigenous calendar, Mabo Day on Sunday 3 June 2018, Deakin Edge, Federation Square.

Hosted by the multi-talented Lisa Maza (of Aboriginal and Torres Strait Islander heritage), this free family friendly concert will feature performances by the acclaimed Torres Strait Islander dance troupe Gerib Sik, as well as live music from Luke Captain and Monica Weightman, together for the first time, in their unique blend of song, and the Black Sistaz.

Bringing together the voices of Aboriginal Australia, this unique performance celebrates the achievements and remembers the struggles of Indigenous people since this landmark decision.

From the Torres Straits, Gerib Sik is an internationally acclaimed dance troupe.  This community dance group is dedicated in promoting Torres Strait Islander culture and continues to grow with the constant advice from Murray Island Elders.

Luke Captain is from Murray Island in the Eastern Group of the Torres Strait Islands and his songs reflect his home and zogo – spirit of his ancestors. He is a cultural advisor, singer song writer, film maker and actor and strong advocate for Torres Strait Island inclusion.

Monica Weightman grew up in Townsville, influenced by her Islander father Ray and with the musical genes of her Scottish-English-Italian mother. Recently, Monica has been exploring more of her Torres Strait Islander heritage that so clearly shapes her songs.

Mabo v Queensland (commonly known as the Mabo Decision) was a landmark case, in which Eddie Koiki Mabo (Meriam) challenged the notion of ‘Terra Nullius’; that Australia was a ‘land belonging to no one’, in the High Court of Australia.

His victory and the resulting decision recognised Native Title rights for Aboriginal and Torres Strait Islander peoples in Australia for the first time since colonisation. On June 3 1992 it was ruled that the Meriam people of the Murray Islands were entitled to the possession, occupation, use and end enjoyment of (most) of the Murray Islands, setting a precedent for Native Title cases throughout Australia.

Established in 1985, the Koorie Heritage Trust is a bold and innovative not-for-profit arts and cultural organization.  Aboriginal owned and managed, the Koorie Heritage Trust provides opportunities for all people to learn, connect and re-connect with the rich living cultural heritage of Aboriginal Victoria originating from a 60,000-year-old history. 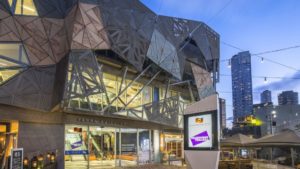 Previous articleHer Sound, Her Story shows that women’s voices are louder than ever in Australian music
Next articleSCOOTERS SCAT, HERE’S THE BIG BOYS’ BIKES…