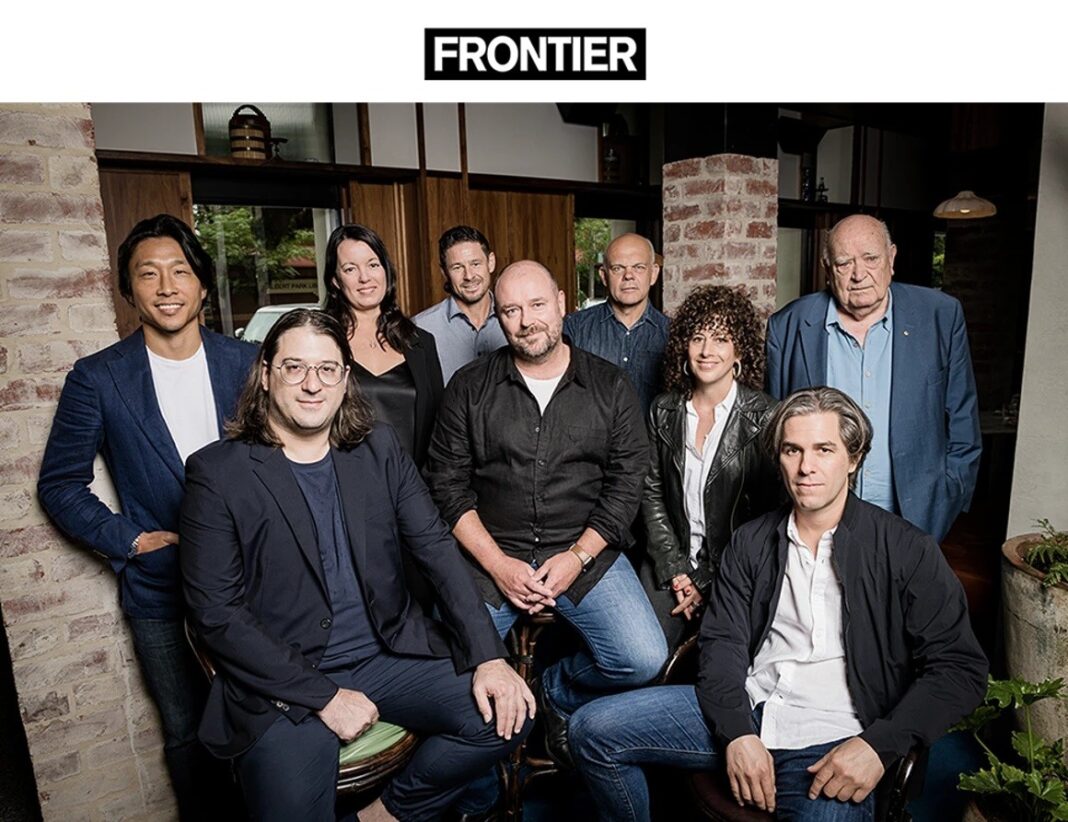 Fresh off the back of announcing stadium tours for Ed Sheeran and Foo Fighters, Australia and New Zealand’s leading concert promoter, Frontier Touring, has unveiled a new leadership structure for the company. The new structure has been created to ensure the legacy, mission, and culture of Frontier is preserved and nurtured following the passing of its founder Michael Gudinski in March of 2021.

Frontier’s Executive team will be comprised of four members of the current leadership team, all of whom are elevated to new roles within the company: Dion Brant as CEO, COO Susan Heymann, CMCO Reegan Stark, and CCO Andrew Spencer.

Matt Gudinski says: “I couldn’t be happier announcing our new Frontier Executive team. Mushroom Group is built on our great people, which is something we’ve always valued first and foremost. I’m thrilled that moving forward Frontier will be led by four incredibly dedicated, experienced, and strong leaders in Dion, Reegan, Susan, and Spence, working closely with myself, Adam, and the AEG Presents team. Frontier was founded on strong relationships, an artist-first approach and a never-ending passion for music and I know Dad’s legacy and the future of Frontier is in safe hands. There are exciting times ahead for the company.”

“Michael Gudinski was a man of endless passion, energy, and creativity, with an innate sense for the business, and it was clear no one person could replace him,” says Marciano. “All of us who worked together on this new structure were bound by the same sense of duty: we’re committed to properly and thoroughly stewarding Michael’s vision for the future of Frontier.”

Adds Wilkes: “Frontier Touring has an incredible team of some of the most talented individuals in our business. I know we all would have preferred not to have to make this announcement given the circumstances surrounding it, but everyone who knew and loved Michael also knows what his company and its continued success meant to him and we’re proud to be working with Matt, Dion and the broader team to deliver Michael’s vision for the future. Our mission is to maintain Frontier’s dominance as the market leader, and we’re looking ahead to a bright horizon for the live event business. In addition, AEG Presents’ expanded partnership with Frontier combined with its presence throughout APAC provides us the opportunity to more closely align our businesses across Australia, New Zealand and Asia.”

Adam Wilkes moves to the role of Chairman of the Frontier Board in conjunction with his role as President and CEO, AEG Presents Asia Pacific, a position he has held since 2016. Adam brings over two decades of experience in the Asian Pacific market to his new duties within the Frontier Touring Leadership team. He oversees AEG’s concert touring, sports and venue development business – spanning 15 countries throughout Asia and the Pacific Rim – and played a key role in forming the joint venture between AEG Presents and Frontier Touring.

Dion Brant will move to the role of Frontier Touring’s CEO. Dion joined Frontier Touring and Mushroom Group in 2013 as COO, working closely with both Michael and Matt Gudinski. He was instrumental in negotiating strategic partnerships with AEG Presents and Chugg Entertainment and helped steer the business through COVID to its current return to touring.

Susan Heymann moves from her role as Managing Director of Chugg Entertainment to COO of Frontier, overseeing artist relations, creative and content development for the business. With almost 20 years in the touring business, Susan will continue to act as a promoter and oversee Chugg Entertainment tours, and her new role will see her work closely with Frontier’s other joint venture partners and in-house team of promoters – Michael Chugg, Gerard Schlaghecke, and Sahara Herald – to expand Frontier’s live business.

With 19 years at Frontier Touring and the Mushroom Group, Reegan Stark joins the Frontier Executive team as CMCO, responsible for all aspects of Frontier’s brand, marketing, communications, digital and sponsorship.

After joining Chugg Entertainment in 2017, Andrew Spencer will round out the Frontier Executive team as CCO, responsible for Business Affairs, Strategy and Business Development. In a dual role Andrew will also work with the AEG Presents Asia’s executive team.

Says Brant: “You can’t replace a once in a lifetime icon like Michael Gudinski, but you can understand and be true to the values that made him the best. For Frontier going forward it is not about one individual or leader, it is about our whole team all working hard to build on Frontier’s reputation as one of the most respected concert promoters in the world. I am excited to lead the business out of COVID and ensure we continue to provide the excellent service and care to artists and fans that made Michael so highly revered and Frontier the business we are today.”

Says Heymann: “It’s been three years since Chugg Entertainment joined forces with Frontier and so much has changed in that time, we’ve faced challenges and losses we never planned for, nor could ever have imagined. But through all of it, some things never changed. We continue to be focused on the same core values that Michael Gudinski and Michael Chugg built their businesses on and the ideals that brought them back together; artists and fans, first. While we can’t ever replace Michael Gudinski, we move forward as a collective who share his passion and principles and will continue to grow the Frontier Touring business to honour his legacy.”

The next 12 months are shaping up to be Frontier’s biggest ever for the 50+ staff across Australia and New Zealand. In addition to Sheeran and Foo Fighters, 2022/23 will see dates with Billie Eilish, Nick Cave and Warren Ellis, Justin Bieber, Midnight Oil, Paul Kelly, Tame Impala, Wallows, Courtney Barnett, Leon Bridges, Tyler, The Creator, The Killers, Robbie Williams, Lorde and many more. With the addition of a sold-out CMC Rocks, the long-awaited return of the RNB Fridays stadium concert series and a full slate of yet-to-be-announced headline tours, the return to touring is looking bright down under.