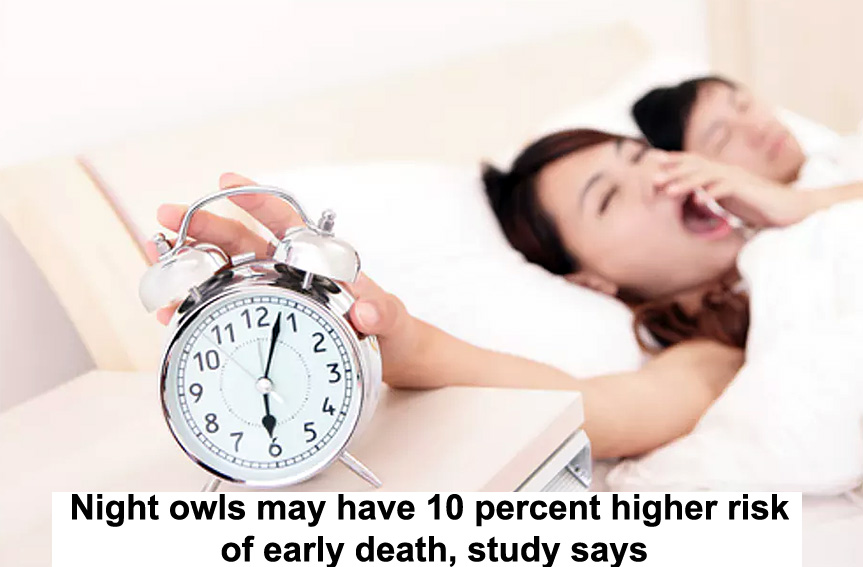 Do you wake up bright eyed and bushy-tailed, greeting the sunrise with cheer and vigor? Or are you up late into the night and dread the sound of your alarm clock? We call this inherent tendency to prefer certain times of day your “chronotype” (chrono means time). And it may be more than a scheduling issue. It has consequences for your health, well-being and mortality.

Being a night owl has been associated with a range of health problems. For example, night owls have higher rates of obesity, high blood pressure and cardiovascular disease. Night owls are also more likely to have unhealthy behaviors, such as smoking, alcohol and drug use, and physical inactivity.

We study the health effects of being a night owl. In our recent study published in Chronobiology International, we found even worse news for the owls of the world: a higher risk of early death.

Your very own biological clock

Our bodies have their own internal time-keeping system, or clock. This clock would keep running even if a person were removed from the world and hidden away in a dark cave (which some dedicated researchers did to themselves years ago!). We believe these internal clocks play an important role in health by anticipating the time of day and preparing the body accordingly.

For example, as humans, we typically sleep at night, and our bodies start preparing for our habitual bedtime even before we try to fall asleep. Similarly, we eat during the day, so our body is prepared to process the food and nutrients efficiently during the daytime.

Our chronotype is also related to our biological clock. Morning larks’ biological clocks are set earlier. Their habitual bedtimes and wake times occur earlier in the day. Night owls have internal clocks set for later times. But are there any problems related to being a lark or owl, other than scheduling difficulties? Research suggests that there are; night owls tend to have worse health.

And, in our new study, we compared risk of dying between night owls and morning larks. In this study, death certificates were collected for an average of 6.5 years after the initial study visit to identify those who died. We found that night owls had a 10 percent increased risk of death over this six-and-a-half year period compared to larks. We also found that owls are more likely to have a variety of health problems compared to larks, particularly psychiatric disorders like depression, diabetes and neurological disorders.

Why do night owls have more health problems?

We researchers do not fully understand why we see more health problems in night owls. It could be that being awake at night offers greater opportunity to consume alcohol and drugs. For some, being awake when everyone else is sleeping may lead to feelings of loneliness and increased risk of depression. It could also be related to our biological clocks.

As explained above, an important function of internal biological clocks is to anticipate when certain things, like sunrise, sleep and eating, will occur. Ideally, our behavior will match both our internal clock and our environment. What happens when it doesn’t? We suspect that “misalignment” between the timing of our internal clock and the timing of our behaviors could be detrimental over the long run.

A night owl trying to live in a morning lark world will struggle. Their job may require early hours, or their friends may want to have an early dinner, but they themselves prefer later times for waking, eating, socializing and sleep. This mismatch could lead to health problems in the long run.

What can owls do?

It is true that someone’s “chronotype” is (approximately) half determined by their genes, but it is not entirely preordained. Many experts believe that there are behavioral strategies that may help an individual who prefers evening. For example, gradually advancing your bedtime – going to bed a little earlier each night – may help to move someone out of the “night owl zone.”

A gradual advance is important because if you try to go to bed two to three hours earlier tonight, it won’t work, and you may give up. Once you achieve an earlier bedtime, maintain a regular schedule. Avoid shifting to later nights on weekends or free days because then you’ll be drifting back into night owl habits. Also, avoiding light at night will help, and this includes not staring into smartphones or tablets before bed.

On a broader scale, flexibility in work hours would help to improve the health of night owls. Night owls who can schedule their day to match their chronotype may be better off.

It is important to make night owls aware about the risks associated with their chronotype and to provide them with this guidance on how to cope. We researchers need to identify which strategies will work best at alleviating the health risks and to understand exactly why they are at increased risk of these health problems in the first place.

RThis article was co-authored by: 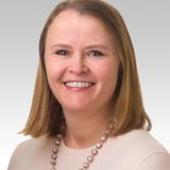 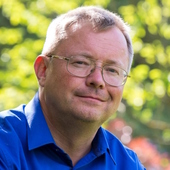