Not getting a social licence to operate can be a costly mistake, as coal seam gas firms have found

…an opportunity for all of us to turn our social licence into a stronger social bond or contract. I believe this is a “make or break” for companies and it’s especially important for those of us in the extractive sectors.

He’s right. His comments serve as a useful reminder of the importance of obtaining a social licence to operate – meaning ongoing local community acceptance of a company’s business.

My research on coal seam gas firms and social licence reveals what’s at stake if they get it wrong, and how they might get it right in the future.

What is a ‘social licence’?

“Social licence to operate” is a term that describes how much community support a project, company or industry has in a region.

Some companies view it as intangible, and put it in the too-hard basket. However, my research has found that there are some relatively simple ways to measure it.

Earning community support isn’t always straightforward. It involves interactions between a complex network of individuals and groups in society, and their views can change over time. It’s more than just getting one or two local representatives on side. If you don’t get that support, community pushback can cause expensive and time-consuming issues for a company. Regulations can change. People take to the streets.

Social licence can be a struggle to maintain, but it can also be a tool for promoting collaboration. Case studies in which this has been achieved effectively are still relatively few and far between, but we’re aiming to change this.

More than just a legal contract

Present legislation requires land access agreements to be drawn up between companies and the landholders on whose land they wish to operate. However, my research has found that this isn’t enough.

It can often create winners and losers. Natural resources such as freshwater systems extend beyond property boundaries. Just outside the land on which a project operates can be exactly where challenges to a social licence begin. We found that the exclusion of important stakeholders (and not treating them as a stakeholder group), can lead to substantial social licence issues.

For example, in the New South Wales Northern Rivers region (which includes places like Lismore, Byron Bay and Mullumbimby) the social movement against the coal seam gas industry began when a group of local ladies were having afternoon tea on their farm. They noticed a drill rig had appeared across the valley to drill on a neighbour’s property.

Those few women, who had never heard of the coal seam gas industry until that moment, nor had they previously participated in activism of any kind, were instrumental in the emergence of the anti-CSG movement.

Local context is key. The legitimacy of a project hinges on whether people think a project will create more benefits than problems. And people’s perceptions emerge from a combination of local economics, demographics and social values.

This is where a company needs credibility – a reputation for living up to its commitments and responding to concerns. Having a strong social licence is about not only being seen to be doing the right thing; it’s about actually doing the right thing. It’s also about transparency.

It’s important that government and industry approvals and processes are seen as fair.

Losing your social licence is expensive

Chief executive of gas company Metgsaco, Peter Henderson, explained to me in early 2012 that he viewed social licence as “an opportunity for NIMBYs to complain” (NIMBY meaning: “not in my backyard”). His view was that we had a democratically elected government that people should trust to make decisions on their behalf.

When we spoke again a year later, Metgasco was experiencing major operating restrictions, resulting from regulatory decisions made with what he saw as “absolutely no scientific, risk-management or factual basis”. His firm’s social licence was lost, and social resistance was in full swing.

A survey of Lismore voters that we conducted on behalf of Lismore City Council showed that in September 2012, 87% of voters did not support CSG development.

By 2013, about half of Lismore voters had participated in protest rallies and marches. In 2014, thousands of people camped on the bordering property of a farmer who had signed a contract with Metgasco, at the historic Bentley blockade. Eventually, Metgasco was paid A$25 million as compensation for its cancelled gas licence. The episode came at great cost to both Metgasco and the NSW government.

It doesn’t need to be this way.

Applying social licence across the landscape

Agricultural industries are now starting to recognise social licence as a key issue.

My team’s latest research responds to calls for a strategic approach to social licence in horticulture. Jolyon Burnett, chief executive of the Australian Macadamia Society, has said he views social licence as a “top five” priority – not just because its loss would pose a threat to industry growth and profitability, but because it’s important in its own right. He said:

By understanding what really makes up social licence in each community (because it will differ) and by fostering an understanding of those issues, and a common approach to addressing them, we can build a strong and sustainable relationship between industries (of all kinds) and communities will see us working in partnership, not conflict.

The engagement approach you take is everything. This means working in partnership with communities and actively engaging them in the process from the very start. Understanding local perceptions and concerns involves talking to people, but polls and election surveys can help us to understand social licence across an electoral area; how people feel about a company or issue, and why.

Such simple methods can be used to measure a social licence, provide an understanding of local value systems, and establish knowledge levels on relevant issues. Such research can be used to inform industry code of conduct and best practice guidelines.

But before polling can take place, there needs to have been enough information available for people to make an informed decision. And if you wait too long to run a survey it can end up being too be too late to turn the tide of opinion. This is what happened in the Northern Rivers, with expensive results for the firms involved.

You can read more of our research on this here. 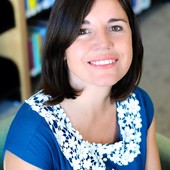