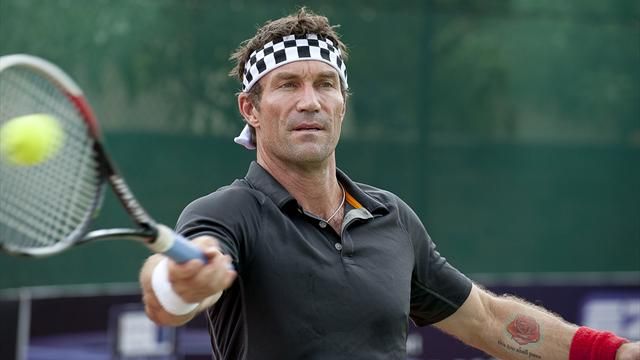 Patrick “Pat” Hart Cash was born 27 May, 1965 in Melbourne, Victoria Australia. Cash won a total of 6 titles and reaching a career high singles ranking of World #4 in May 1988, but the rise to fame came at a terrible cost, to Cash and his family. 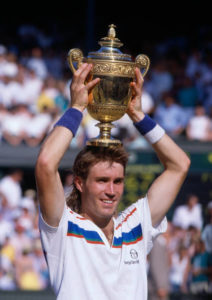 During the 1980’s Cash established himself as a huge contender in the world of tennis as a junior player. The Australian Institute of Sport, awarded him a scholarship to pursue his Tennis dream.

Cash’s international tennis career began when he was just 14. At 16 years, he played his first Wimbledon tournament, where he reached the junior boys singles final, but lost. He came back the following year and won the junior title.

Cash recalls his father congratulating him afterwards, where he looked up at him with a big smile and said, “I’ve won the little one dad, now I’m going after the big one”.

Now 18 years old, Cash becomes the youngest player to win a deciding match in the David Cup and help secure victory for Australia. A few weeks before his 19th birthday, Cash reached the semi finals at Wimbledon, and secured the ranking of #7 in the world. Cash established a reputation on the tour as a hard-fighting serve and volleyer and for wearing his trademark black-and-white checked headband and his cross earring. 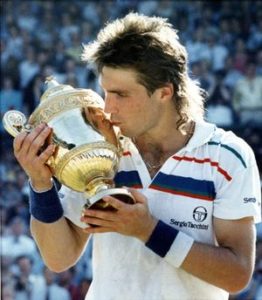 Even though Cash was a national sporting hero, he lived in constant fear of losing. Cash recalls how it consumed him, he never could quite get his head around the shame and the embarrassment that went with it.

To Cash it was like heroin, winning became a drug he just had to have or he would become depressed. With a loss he felt unloved, and the only way out was to take his own life.

Cash recalls that when he was 17, he struggled communicating what he was feeling, and this made him angry. He would often just go crazy, unable to handle things. He would smash up hotel rooms, and smoke cannabis. Smoking marijuana according to Cash was common among the players at the time. Cash admitted that when he played his first game at Wimbledon, he kept a joint under his pillow which he would puff on every night, to help calm him down. At the time, even though you are told its bad for you, he felt the marijuana wasn’t ruining his game, so he took more, then you take cocaine and the next drug and the next.

When injuries forced Cash out of the tennis circuit, he became dependent on cocaine. 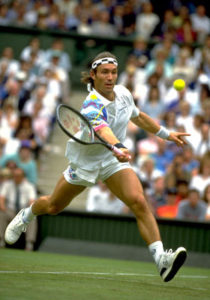 A series of injuries would eventually end Cash’s tennis career and his first a herniated disc in 1985. Cash recalls how extremely painful it was and how it required surgery. “No-one likes pain of any sort, I found it easier to deal with with the help of the ultimate party animal (cocaine). He lived to enjoy and was heavily into cocaine. His playing days were behind him, but his partying ones certainly weren’t. It was at one of Vitas’s drug fuelled parties in Houston that Pat met Norwegian model Anne Britt Kristiansen, his first long term partner and eventually the mother of his two older children Daniel and Mia. When he first saw her, Cash became instantly smitten by her. After meeting Cash, Anne Britt moved in with him and within four months, she was pregnant. Cash celebrated his 21st birthday, and the birth of his son Daniel on May 27, 1986. It wasn’t long before cracks started to appear in the relationship. Pat recalls “I was totally consumed with Wimbledon. Everyone knows that new mothers have a rough time but I was so immersed with my game, that I found it extremely difficult to rationalize. Much to my annoyance, some days I even had to miss training altogether, so I could take Anne-Britt to the movies while someone babysat Daniel.”

The crowning moment of Cash’s career came at Wimbledon in 1987. Having already beaten Mats Wilander in the quarter-finals and Jimmy Connors in the semi-finals, Cash defeated the World Number 1, Ivan Lendl, in the final. Cash sealed the victory by climbing into the stands and up to the player’s box at Centre Court, where he celebrated with his family, girlfriend, and coach, Ian Barclay. This started a Wimbledon tradition that has been followed by many other champions at Wimbledon and other Grand Slam tournaments since. 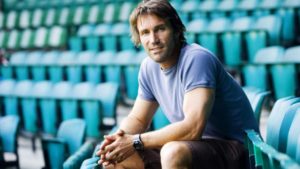 After the birth of his second child, a daughter named Mai, his relationship with Anne-Britt was all but over. Before he turned 23, they separated. Cash’s life was a complete mess. Cash felt he’d rotted his stomach from too much alcohol and was in desperate need of a break from tennis. The gods must have been listening to him, as he was forced to take time out after he snapped his Achilles tendon in Tokyo later that year. Cash was depressed after the injury, and this brought about more terrible rows with Anne Britt. Cash wanted to live a little, when in fact, he lived a lot with the help of alcohol, ecstasy and cocaine. It was around this time Cash met Brazilian PR representative Emily Bendit. After what they refer to as a whirlwind romance, the two married via poolside in Jamaica in 1990. Cash hoped this marriage would last forever. 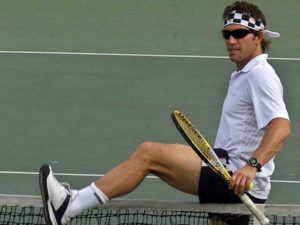 He returned to tennis but would never completely recover his form. He had far to many injuries to contend with, and his lifestyle was affecting his game.

Cash recalls “ Emily and I were bingers. We’d go out and have a big night and then not do it again for a couple of weeks. I was obsessive about everything I did. My anger was obsessive, partying was obsessive, and training was obsessive. It was a terrible cycle, I couldn’t seem to break out of. I’d train for five solid hours until I was so exhausted, I couldn’t even speak to Emily when I got home. The next morning there would be the hangover and I’d feel guilty about what I’d done to my body. I’d be very angry, slamming doors, shouting, and then I’d fall into depression. Once in the Hilton Hotel in Adelaide, I was so angry, I smashed the room to pieces. I was in a complete rage and it was scary as hell. Then I got so depressed, I became suicidal. I didn’t like what was happening to me, but I couldn’t seem to stop it.” 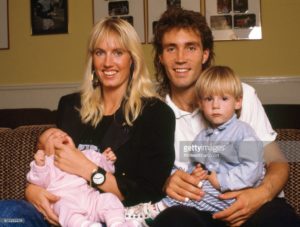 In 1994, the couple welcomed twin boys Shannon and Jett.

Cash’s forced retirement from the game simply exacerbated his problems. For twenty years tennis had controlled him, now without it, he was completely lost. A turning point came in 1999 when Cash checked himself into Cottonwood, a exclusive Arizona rehabilitation clinic. Emily had booked herself in five weeks earlier. They both were diagnosed severely depressed. Time at Cottonwood taught Cash that his self esteem has nothing to do with the outcome of a tennis match. Cash now realizes that he was always chasing the next victory, when he should have been enjoying the moment for what it was.

He recalls, “When I won Wimbledon, one of the first things I said to my coach was, now lets go and win the US Open. I was always looking for the next mountain”.

Cash these days supports various charities including GOAL, The Orchid Appeal and Australia’s best known environmental charity that he founded with mate Jon Dee “Planet Ark”. The two now have set up “Do Something” an organization that helps Australian’s create social and environmental change. 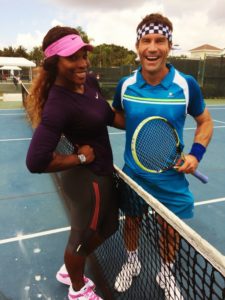 Since his retirement from the tour, Cash resides mainly in London. He is the host of CNN’s tennis-focused magazine show “Open Court”, and has also worked as a TV commentator, primarily for the BBC. He has coached top players including Greg Rusedski and Mark Philippoussis. Cash opened a tennis academy on the Gold Coast of Australia and has coached numerous top ranked Australian juniors. He is opening academies in Ko Sumui, Thailand and in the Caribbean St Vincent, St Lucia and Dominican Republic as well.

In his spare time, he helps coach his son Jett, an up and coming tennis player in his own right.

Cash’s main passion away from tennis and his family is playing the guitar. He took to the stage with INXS at his Australian Tennis Hall of Fame induction at the 2003 Australian Open and has played with his own band at various events and festivals.