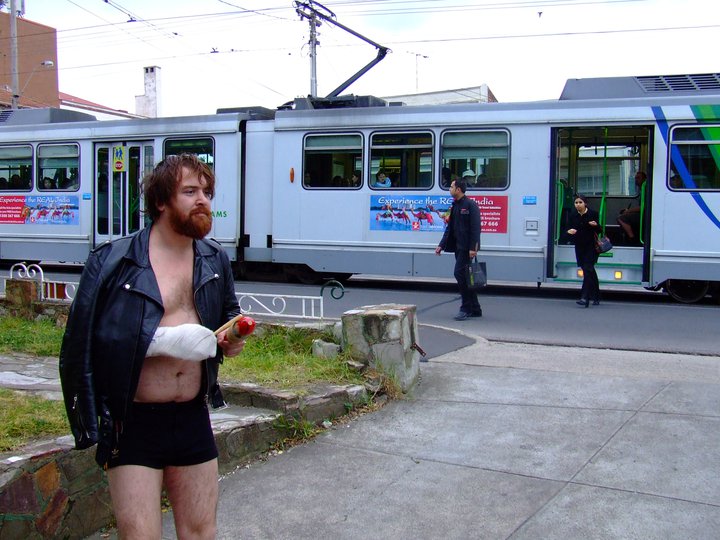 After a year that they’re very happy to have had, Powerline Sneakers celebrate by doing Xmas show at The Tote.

This year the band has played festival slots at River Rocks, Cherry Fest, Heavy & Hammered and Leaps & Bounds, with more to be announced over this summer.

Their debut album ‘disasterpiece’, was released on Kasumuen Records to glorious reviews:
– “An instant classic” Rock and Roll Army Magazine (Spain)
-“Faulkner’s brilliantly ragged and seasoned pipes have stood the test of time and again he stands and delivers” Martin Boulton, The Age/SMH
-“I hope to hear a better rock and roll album this year but I probably won’t. I’ll be fine with that.” The Barman, i-94 Bar
-“Powerline Sneakers are the real deal.” Patrick Emery, Beat Magazine.

Now Powerline Sneakers close out the year with their own headline show at the home of Melbourne, dirty rock n roll, The Tote, happening on Friday 22nd December.

Support are the recently returned from US tour, UTE ROOT and the fresh new sounds of NQR (members of S:Bahn, BABY 8 etc)

Ten bux will get you in, it’s upstairs at The Tote so it will sell out!