A recent study exploring the relationship between what are termed “ultra-processed” foods (which include chicken nuggets, pot noodles and ready-made meals) and cancer, generated headlines such as:

Processed foods are driving up rates of cancer…

The latter report in the NZ Herald led with:

These headlines and reports distorted the study’s findings by suggesting the foods examined are actually causing an increase in cancer. A more accurate headline was run by The Guardian, that said:

Ultra-processed foods may be linked to cancer…

This correctly reflected that the study found an association between eating certain types of processed food and a higher risk of cancer.

The study showed that every 10% increase in consumption of ultra-processed food was linked to a 12% increase in developing some types of cancers. This is important research but needs to be interpreted with caution.

How was the research conducted?

This data is from observing a group of people, which means you can see if things are associated with others, but can’t prove something caused something else.

The analysis included 104,980 French adults – mostly women (78%) with a median age of 42.8 years – who were followed up from 2009 to 2017. They were asked to report what they’d eaten in the previous 24 hours, on three occasions every six months, for two years. The participants reported on their usual intakes of more than 3,300 food items contained in a food and nutrient database.

Cancer cases were self-reported through regular health questionnaires. When a cancer was reported, a doctor then liaised to obtain details from the medical record. All medical data was reviewed by an expert committee of physicians and linked to the national health insurance system databases and the French national death registry.

What were the foods studied?

Food items were categorised based on how “processed” they were using the NOVA classification , which helped identify ultra-processed food and drink products. These aren’t modified foods, but highly processed items made from components derived from foods plus added nutrients, plus other additives, using a series of industrial processes (hence “ultra-processed).

Group one included unprocessed edible parts of plants such as seeds, fruits, leaves, stems, roots, fungi, algae, and animal foods such as muscle and offal meats, eggs and milk.

The minimally processed foods in the first group are those found in nature that are processed to remove inedible or unwanted components, preserve them for storage and ageing, or make them safe or edible. Minimal processes include drying, crushing, grinding, roasting, boiling, pasteurisation, refrigeration, freezing and storing in containers or vacuum-packaging.

Group four foods were those made mostly or entirely from components derived from foods or additives, with little or no intact foods from group one. Group four included soft drinks, sweet and savoury packaged snacks, pre-prepared frozen dishes and reconstituted meat products.

Researchers calculated the percentage of each person’s food intake (measured in grams per day) that came from ultra-processed foods in their total diet. The results were presented as hazard ratios meaning researchers looked at cancer occurrence in those exposed to higher intakes of ultra-processed foods, compared to lower intakes.

Next, the researchers evaluated the association between the percentage of ultra-processed foods eaten and incidence of overall cancers including breast, prostate, and bowel cancer.

The analyses were adjusted for factors such as age, sex, BMI (body mass index), height, physical activity, smoking, family history of cancer and education (so they weren’t counting those who were more likely to get cancer anyway for other reasons). For the breast cancer analyses, additional adjustments were made for the number of births each woman had, menopausal status, and hormonal or oral contraceptive use. These are all factors known to affect breast cancer risk.

The statistics were further adjusted for fat, salt and carbohydrate intakes, alignment with a Western dietary pattern, or both of these together. This was to make sure effects weren’t caused by these nutritional aspects, rather than the processed aspect. They also excluded cases of cancer diagnosed during the first two years of follow-up, because it’s possible this was already present from other causes.

For postmenopausal women there was an 11% higher risk of developing breast cancer based on a 10% higher intake of ultra-processed foods. The researchers found this higher risk for overall cancer was present in all population segments examined. The associations held after adjustment for nutritional quality of usual dietary intake, alignment with Western dietary patterns, or both.

This study is important because it’s the first to evaluate associations between the degree of food processing in foods that people commonly eat and subsequent cancer risk. The results were predominantly in women, although the same trends were observed in the men. The data could be affected by reporting bias given dietary intakes over the two years were based on an average of five days of recall, although they excluded under-reporters.

The authors discuss potential explanations for the findings. This includes the obvious one that ultra-processed foods are not usually of high nutritional value and people who consume them regularly have higher intakes of kilojoules, salt, fat and sugar and lower nutrient and dietary fibre intakes.

This type of eating pattern is associated with higher risk of specific cancers and also increases the risk of weight gain, which further increases cancer risk.

Ultra-processed foods included meats that are smoked, cured or contain added nitrites and conservatives, including sausages and ham. A relationship with increased risk of bowel cancer has been identified previously by the cancer research arm of the World Health Organisation.

Should you eat processed foods or not?

The current study found an association between consumption of ultra-processed foods and cancer risk. The data comes from an observational cohort study and therefore cannot prove causation. There will never be a randomised controlled trial (comparing one group with placebo) of whether or not eating ultra-processed foods causes cancer because you cannot ethically randomise people to a lifetime consuming very high intakes of these foods.

But for a host of well-known health reasons, it’s still wise to keep your intake of energy-dense nutrient-poor foods to a minimum.

This is a fair and accurate assessment of the observational research that links higher intakes of ultra-processed foods with higher risk of cancer. – Tim Crowe 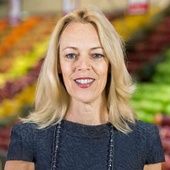 Clare Collins – [Professor in Nutrition and Dietetics, University of Newcastle] 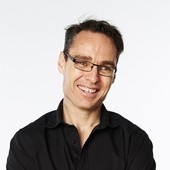