I’m delighted to share my review of Jacob Floyd’s The Pleasure Hunt, a work of paranormal horror. 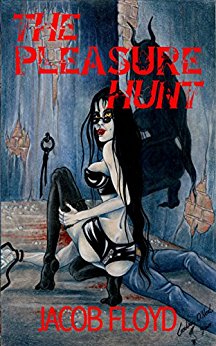 “After meeting the mysterious Dark Dance on the casual encounters website, The Pleasure Hunters Club, Sexy Cupid finds himself enchanted by an enigmatic seductress – Dark Dance.

After experiencing bizarre, nightmarish visions during their first physical liaison, Cupid awakes on a bench somewhere in Louisville, unable to get the mystifying creature off his mind. As he begins to search both online and through the seedy streets of the city for her, he uncovers harrowing truths about the object of his obsession, truths which fill him with both indomitable dread and inexplicable love for her.

By the time Cupid begins to understand the terror he faces, the shackles on his soul are already too tight as the ancient monster has her talons dug well into his flesh. Every time he is swept away to her world of Theia – the Moon Realm – she extracts and devours yet another piece of his very essence, and despite the merciless torment of his encounters with his obsession – and the warnings of, a menacing stranger – he presses on to find her, dragging himself deeper into her darkened realm.

Cupid soon finds that he may have but one opportunity to escape the demonic Dark Dance, but the bewitchment she has cast upon his heart may deter him from making a stand; with his soul about to slip down the gullet of the beast, Cupid has to make a decision before he is forever wrapped in the wicked thaumaturge’s wings of eternal damnation.”

The Pleasure Hunt is an intense and horrifying journey through a dark underworld, one propelled by the protagonist, Cupid’s lust. Floyd takes the reader inside the mind of a man dominated by sexual compulsion and insatiable desire, his reasoning, his motives, his justifications all serving to account for his extreme longing. He’s signed up to an online dating club, and fortune seems to be on his side when he meets Dark Dance, a woman who satisfies him in a fashion no woman has managed before. The problem for Cupid is this woman is a demon.

The narrative quickly slips in and out of a paranormal reality inhabited by his consort along with other female predators. Are the otherwordly visitations of Dark Dance real, a series of bizarre hallucinations, or nightmares? Not even Cupid can figure it out at first.

Floyd executes his tale with intent and finesse, exploring in considerable depth the basest of archetypes, taking the reader into an alternate reality in which the dark side of that most primal pair of opposites, male and female, is depicted in stark and blood-curdling detail, and where good, if Cupid can be considered in any way good, is pitted against evil.

The Pleasure Hunt is strong on setting, carrying a rich flavour of dark urban fantasy with its typical grit and sleaze. The back blocks, the side alleys and run-down streets, and the cheap diners and derelict buildings of Louisville are portrayed in all of their inglorious detail.

Floyd has an impressive ability to sustain a voice, one wracked by fear and desire; the result a well-written, passionate and vivid novel that never misses a beat. The sentiment in The Pleasure Hunt is raw and real, the narrative soaring on the wings of Floyd’s formidable imagination. I recommend this book to all lovers of paranormal horror.

Previous articleThis Christmas, give yourself permission to enjoy pudding
Next articleThe Ritual of Christmas 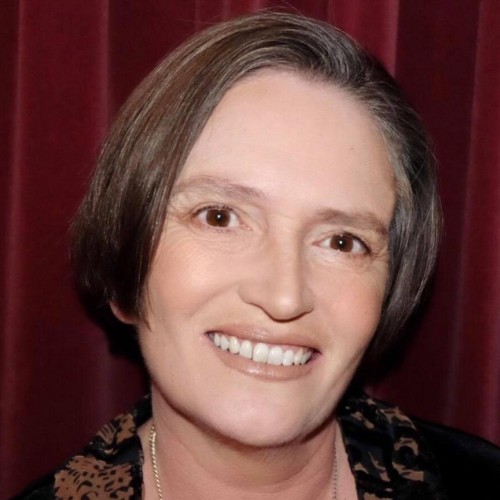