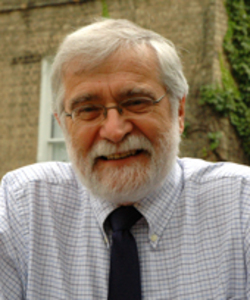 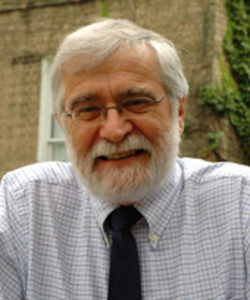 Eminent Professor Peter Gronn has made a study of leadership for much of his academic career.

Sir James Darling was a liberal reformer, a conscience-driven idealist, an institution-builder, an influential educational leader and an important contributor to many areas of Australian public life

Gronn has meticulously researched and written an authoritative biography, Just as I Am (published by Hardie Grant Books, Dec 2017).  This fascinating book provides a detailed account of the life of the young Englishman who came to Australia in 1930 as the headmaster of Geelong Grammar School, and who, after settling in Victoria, became an exceptional visionary leader.

After his retirement from Geelong Grammar School Sir James was chairman of the Australian Broadcasting Commission, (1961–67). He was involved part-time in broadcasting and television for 14 years and also as an advisor to governments on immigration policy for 19 years and played a high-level advisory role in road safety and the performing arts.

For the 1988 Bicentenary, Sir James Darling was formally acknowledged as one of 200 Australians who had made the nation great.

Prior to Cambridge, he held chair appointments at Monash University (2003-2007) and the University of Glasgow (2007-2008). He is also a Quondam Fellow of Hughes Hall, Cambridge, and a Fellow of the Academy of Social Sciences. Peter has had a longstanding research, teaching and publishing interest in leadership, history and the social sciences.

After the lecture, two new fellows to the Federation of Australian Historical Societies are to be announced.  They are Professor Graeme Davison and Professor Emeritus Marian Quartly.

The Fellowships are awarded annually in recognition of an outstanding contribution to the community history and heritage movement nationally and/or in more than one State or Territory.

Peter Gronn is available for interview.