Nightlife precincts in Australian cities have come under intense scrutiny in recent years following a spate of “one punch” assaults and other incidents. Places like Sydney’s Kings Cross, Brisbane’s Fortitude Valley and Perth’s Northbridge have been framed as unsafe and unruly “problem spaces” – the kind of places that parents warn their teenage children to avoid.

Simultaneously, local politicians, urban planners and other policymakers have been spruiking the importance of the night-time economy to a city’s image and growth. A “vibrant” nightlife is seen as essential for attracting tourism and investment and creating jobs. If a city can get itself on some kind of “Most Exciting Cities in the World” list, this becomes a crucial part of its city boosterism strategy.

The championing and criticism of nightlife spaces create something of a paradox. On the one hand, the promotion of vibrant nightlife spaces may be seen as an invitation to people to revel and consume. It’s thought that failing to attract enough people to these spaces spells economic disaster for venue operators and for the city itself.

On the other hand, violence and fear discourage or exclude people from participating in nightlife. And labelling nightlife precincts as disorderly or “out of control” stigmatises these spaces and revellers, leading to more exclusion.

The policy challenge is to establish the right amount and types of regulation so that nightlife spaces allow for mild transgression in a safe environment.

Part of the response to these issues has been tighter regulation and security in nightlife spaces. “Lockout laws” were controversially introduced in parts of Sydney, following the example set in Newcastle and in trials in Perth, Melbourne and Brisbane. These laws wound back the operating hours of licensed venues in popular night-time precincts.

These measures are intended to make people safer and to make them feel safer, to reduce the exclusionary effect of fear. Ironically, these hyper-visible forms of security can in fact make people feel more unsafe.

These regulatory interventions are more than just about tackling violence and threatening behaviour. Ultimately, they are about imposing particular ideas of social and moral order not only within nightlife spaces but the city more broadly.

Alongside the expansion of hyper-visible security, major public and private investment has flowed into nightlife precincts and surrounding areas over the last decade or so.

In Perth, as we have recently outlined, the impacts couldn’t be clearer. Four major redevelopment projects – New Northbridge, Perth Cultural Centre, Perth City Link and Yagan Square – have drastically reshaped the built form and sense of place within the inner city.

These developments have “changed the face” of Northbridge, which has been gradually gentrifying. The rapid rise in the number of small boutique bars, high-end restaurants and apartments is evidence of this.

The gentrification of Northbridge and other nightlife precincts across metropolitan Australia – whether through new “sophisticated” venues replacing older downmarket ones, or through residential development displacing nightlife altogether – is not a recipe for less exclusionary spaces. Rather, these developments produce a different kind of exclusion due to two factors.

First, certain groups may be priced out of more upmarket venues offering an “exclusive” or “sophisticated” experience. Second, these venues and the types of customers they attract can make other individuals and groups feel out of place. If they don’t fit the written and unwritten admission criteria they may be denied entry altogether.

In reshaping the moral geography of nightlife precincts, securitisation and gentrification are suppressing one of the fundamental appeals of nightlife – the opportunity for behaviour that transgresses social, cultural and even legal codes.

Participating in nightlife spaces in cities has been a way to briefly escape the often mundane orderliness of everyday home and work life. Nightlife spaces have historically been important for minority, subcultural and countercultural groups – LGBTGI communities, minority ethnic groups, punks, goths, fetishists and so on – to socialise and to express their individual and collective identities.

The increasingly expensive cost and overbearing regulatory regimes governing nightlife seem designed to attract the “right type” of people and to make them feel safer.

The risk of all this is that we might be sleepwalking into the creation of sanitised and yet more homogenous and exclusionary nightlife spaces. 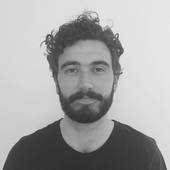 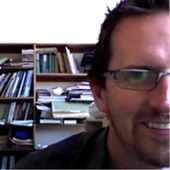