What happens when you combine a cultural obsession with thinness, a bit of organised propaganda and a catchy hashtag? Enter the “bikini bridge”: the space between the bikini and the lower abdomen that occurs when bather bottoms are suspended between the two hip bones.

On January 5, 2014, anonymous internet trolls on 4chan, an imageboard website, launched “Operation Bikini Bridge”, a campaign aimed to garner buzz and popularity for a little-known term (first coined on Tumblr in 2009).

4chan is an anything-goes community notorious for sharing intentionally offensive content and hacking the attention economy. Operation Bikini Bridge did just that. The plan was to “create propaganda parading the ‘bikini bridge’ to be the next big thing” and target people who had body-conscious predispositions.

Operation Bikini Bridge was outed as an internet hoax within days of its launch, but the damage was done. Online users and media outlets had already succumbed to the prank.

Trends such as thinspiration and fitspiration provide insight into the darker side of how social media shape attitudes to women’s bodies. However, what is less understood is how body ideals are communicated through social media and gain traction.

Our recent research analysed the viral spread of the bikini bridge. We identified four factors that contributed to its notoriety.

Firstly, it was a simple, singular body goal: the term “bikini bridge” offered catchy mass appeal as something that users could strive to achieve. As Riley tweeted (1/7/2014, 9.34pm):

Y is having a #bikinibridge suddenly 2014 news? Please, I was obsessed w/ bikini bridge before it even had a name.

Secondly, it did not matter if the notion of a bikini bridge was real or fake – it was believable as it drew on innate cultural beliefs about how a woman’s body should look. As Chrissy tweeted (1/10/2014, 1.46pm):

Thirdly, the bikini bridge was accelerated by other online communities, such as pro-anorexia groups and online pornographers, who leveraged the bikini bridge hashtag to spread their own messages. As pro-ana user Ashley tweeted (1/12/2014, 8.05pm):

This is a movement for feminists, by feminists. Free your body. It’s your choice. Embrace the #bikinibridge.

No way! The #bikinibridge craze is the new thigh gap – telling young women their worth is based on their lack of body size. Not ok!

In a culture in which people, especially women, turn to social media for information and social cues about their bodies, the bikini bridge has paved the way for a variety of hashtag-driven body ideals to emerge. Since it, we have witnessed the rise of #hotdoglegs, #thighbrow and #underboob.

Social media platforms such as Tumblr, Instagram, Pinterest and Twitter provide visual and verbal representations of body ideals and associated motivational phrases. Moreover, they allow the speedy propagation of information to a large group of users, creating an ideal environment for the emergence and dissemination of trends.

Hashtags play an important role in this. Traditionally employed to help people sort, find, organise and share content, hashtagging has transitioned from a functional tool to a cultural genre.

Research has found that time spent on social media is associated with increased body surveillance, disordered eating, internalisation of the thin ideal, heightened body consciousness and shame, appearance-based comparisons and the reproduction of gender stereotypes and ideologies of attractiveness.

The bikini bridge phenomenon caught on quickly because it reflected the cultural expectations placed on women’s bodies and what is seen as culturally valuable.

Prior to the bikini bridge, societal norms already suggested that women should be conscious of their stomachs and hips. The difference is that nowadays social media users can create an entire body image phenomenon through a series of keystrokes and branded, catchy nicknames.

Online body image trends like the bikini bridge reward women for achieving a single body part, rather than focusing on overall health and well-being. Hashtags move cultural messages beyond generalised ideals of body perfection, such as being thin, and toward singularised versions of body perfection, such as attaining a “bikini bridge” or “thigh gap”. 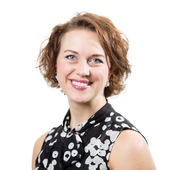 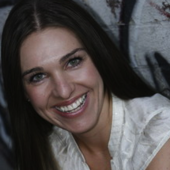