The festival, organised by Casablanca Events and supported by City of Port Phillip Local Festivals Fund and 4Dverse, will continue with a full weekend of festivities hosted in St Kilda’s O’Donnell Gardens next to Luna Park.

Pedro Holder, who has spent most of his career working in creative arts promotion in Venezuela and China, said that he noticed that Latin American cultural events in Australia usually include only music, dance and food, so his inclusion of an art exhibition aims to showcase more creative diversity from the region.

“This exhibition brings together some of the great talents of Latin American visual art who reside in Australia, and in doing so helps to overcome some of the stereotypes about Latin American culture as only dance, music and food.

“In future Latin events, we hope to expand even further to include performing arts, film and literature”. 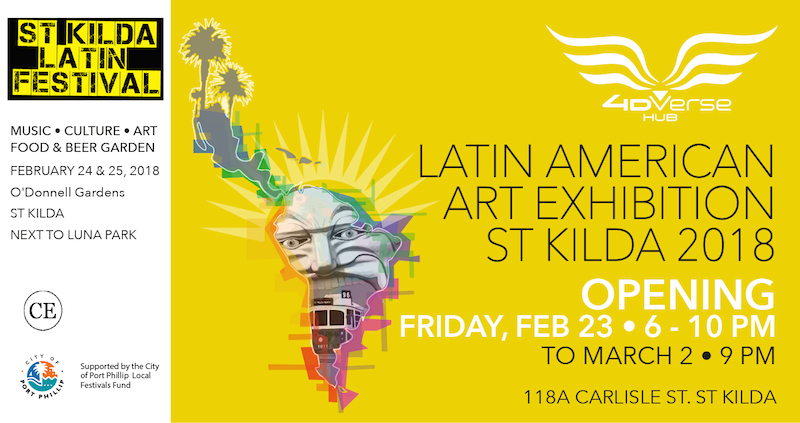