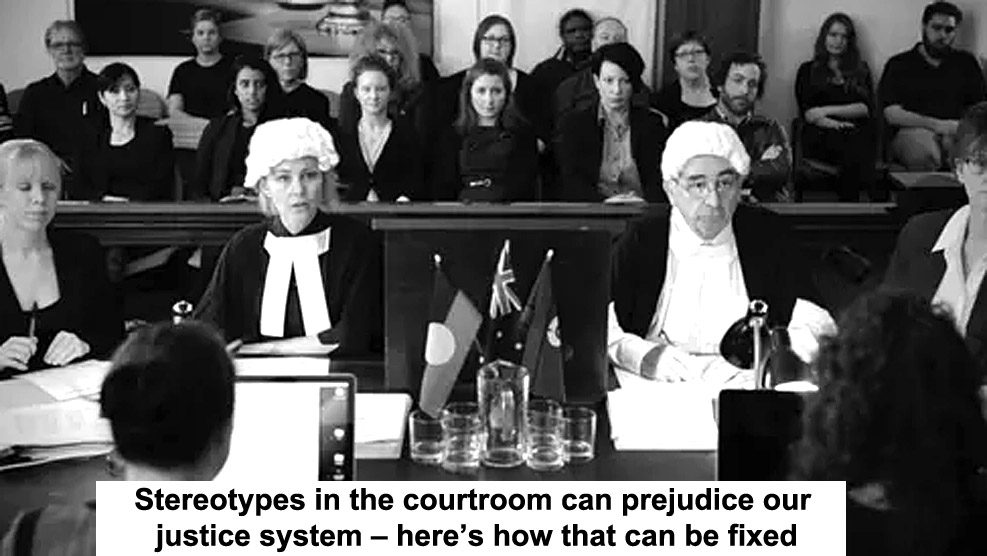 In 2015, Canadian judge Brian Camp acquitted Alexander Scott for the rape of a woman at a party. According to reports, Camp questioned why the victim had not done more to resist the attack. He said:

She knew she was drunk … Is not an onus on her to be more careful?

Camp also noted the alleged victim’s lack of physical and verbal resistance, and her low socioeconomic status. Four law professors subsequently filed a complaint criticising the decision: they characterised it as being sexist and reflecting stereotypical thinking.

Stereotypes like these have an undesirable influence on decisions in the legal system. While they can have a functional influence on how we form impressions of others, stereotypes can undermine fairness.

One useful way to think about a criminal trial is as a series of persuasive messages directed at the fact-finder. In many jurisdictions, the fact-finder is a judge, and for more serious matters it is a jury.

We can use research on persuasion to understand and counter the effect of stereotypes. It generally finds there are two ways in which persuasive messages can influence people.

These processes are described in the dual process models – specifically the heuristic systematic and the elaboration likelihood models.

According to these models, there are two modes of thinking. The central or systematic route involves careful deliberative thought. In contrast, the peripheral or heuristic route relies more on shortcuts and pre-existing knowledge – such as stereotypes.

While the central route sounds like the best way of making decisions, people can only use effort in their thinking when they have the motivation and ability to do so.

It is not just judges like Camp who are influenced by stereotypes in cases of sexual assault or rape: jurors’ perceptions are also affected.

Convictions for sexual assault are often dependent on circumstantial evidence, as there is typically little corroborating evidence. This means jurors in these cases are likely to draw on their stereotypes to interpret what happened and who should be blamed.

Jurors are also often influenced by defendants’ characteristics, such as their attractiveness, race, and socioeconomic status. Defendants are seen as more likely to be guilty when they come from social categories that are stereotypically linked to the features of the particular crime they are alleged to have committed.

It is not just stereotypes about the defendant’s appearance that influence perceptions: those derived from courtroom design also affect how jurors decide a case. In one of our studies, a defendant sitting at the bar table with his lawyer was seen as less likely to be guilty than a defendant who was sitting either in an open dock or glass-enclosed dock.

Why stereotyping happens, and what can be done about it

One assumption as to why stereotypes exert such an effect is that perceivers want to use the least mental effort possible, and so use stereotypes to reduce the amount of effort required.

However, there is evidence that perceivers think more carefully about unexpected, or stereotype inconsistent, information. Our research suggests that stereotypes can actually be used to maximise the amount of information that is evaluated under taxing conditions.

So, what changes can we make to reduce the negative effects of stereotypes?

One suggestion is that we should get rid of juries and have judge-only trials. But, as the Camp example shows, judges are sometimes also influenced by stereotypes. And research shows that judges, just like juries, have difficulty ignoring inadmissible information and stereotypes.

This is not a criticism of jurors or judges. Rather, it is a recognition that they are human.

Another possibility is to change how jurors are asked to do their job so that they rely less on stereotypes. One option could be to use structured question trails to instruct jurors, rather than the traditional way of giving verbal instructions.

We could also redesign courtrooms to remove elaborate docks, which can make stereotypes about the threat posed by the defendant.

Whatever strategy is decided upon, there is a real need for empirical evidence to inform law reform and practice. This will increase the chance that change will actually improve the fairness of the criminal justice system.

This article is based on the author’s chapter in New Directions for Law in Australia: Essays in Contemporary Law Reform, published by ANU Press. 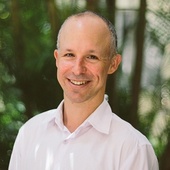