Recent criminal incidents in Melbourne involving young people of African heritage have enabled the media and politicians such as Home Affairs Minister Peter Dutton to again capitalise on the opportunity to demonise those of African descent in Australia.

This has become a common occurrence, traceable back at least to the media reporting of the murder of South Sudanese Melbournian Liep Gony in 2007. The then immigration minister, Kevin Andrews, responded by restricting the numbers of refugees resettled in Australia, citing “African gangs” and the failure of African refugees to integrate.

Reporting after the 2008 murder of Daniel Thongjang Awak in Adelaide suggested that his death was tribal and gang-related, despite no evidence to prove this.

After the murder of Alex Ngong Akol in Adelaide in 2009, his alleged criminality was used in an attempt to justify his murder and the Sudanese community was likened to grieving chimpanzees.

More recently, the “Apex gang” in Melbourne has been portrayed by the media as a violent gang of predominantly young African-heritage men. Clarifications were later given from those including Victorian Police Assistant Commissioner Stephen Leane suggesting that they were not a gang, but a culturally diverse group of youth connected through social media.

Media and political discourse about South Sudanese and African-heritage young people positions them with deficits. It depicts them as having experiences of trauma and war or as child soldiers, and having low levels of literacy and education.

This line of thought holds that this results in their supposed inability to integrate into Australian society and their predisposition to violence and criminality.

Almost none of the young people currently accused of criminal behaviour are in the age-bracket to have been born or lived in Sudan. Most families who were resettled in Australia had been living in refugee camps or as urban refugees in Kenya, Uganda or Egypt for at least ten years prior to arriving in Australia.

Therefore, most of the current youth (aged 15-24 years) are unlikely to have experienced war directly or been child soldiers.

Since the mid-1990s, 27,679 people who identify their birthplace as Sudan or South Sudan have migrated to Australia. South Sudan became an independent country in 2011 after more than 20 years of civil war between northern and southern Sudanese.

The second civil war in Sudan, which ran from 1983 to 2005, resulted in the death of more than 2 million people and the displacement of more than 4 million.

A small number of those displaced by this conflict were resettled in Australia under Australia’s Humanitarian Entrant Program for refugees. The peak period of resettlement of Sudanese-born refugees was from 2003 to 2006.

Only about 3,000 Sudanese or South Sudanese born people have been resettled in Australia in the past ten years. A young person of South Sudanese heritage who is currently 20 years old was likely to be no more than eight when they arrived in Australia, meaning they have experienced most of their life and schooling in Australia.

Impacts of education and employment

While there is acknowledgement that there are young people of South Sudanese heritage who are engaging in criminal activity, it is debated as to whether the crime rates are any higher in this group than in the wider Australian population.

For those young people who are engaging in criminal activities, there are a range of underlying factors that must be tackled to improve future outcomes for this group.

For young people with South Sudanese heritage, racism is one of the key causes of early school-leaving and dropout. A study of refugee youth arrivals (more than 60% African heritage) found that school completion rates for refugee students are significantly lower (62%) than for other Australians (86%).

One of the key predictors of school completion was experiences of discrimination. Little is being done in many schools and communities to tackle underlying racism. If anything, current media and political discourses further fuel racism and discrimination.

Despite some of the early educational challenges, South Sudanese Australians are successfully completing tertiary education in significant numbers. But this is not transferring into professional employment.

A recent study in the ACT found that while 42% of the 72 South Sudanese participants had tertiary qualifications, 96% of this participant group were seeking employment – with many unemployed or underemployed, despite their qualifications.

Underpinning media portrayals and educational and employment outcomes is a key theme. Call it what you like – racism, discrimination or simply not fitting the mould of what people like Dutton would have you believe is Australian.

By propagating a fear of “African gangs” with the comment that “people are scared to go out to restaurants of a night-time”, Dutton feeds discourses of white nationalism where the black African “other” cannot belong in Australia.

Many Melburnians have rebutted this negative discourse, filling Twitter feeds with #MelbourneBitesBack, taking photos as they dine out in Melbourne.

However, the long-term impacts for the South Sudanese community are likely to be increased exclusion, fear and contempt, rather than what is really required for successful integration – a sense of belonging and inclusion. 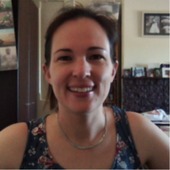