Home BLOG Sunday essay: the politics of the US family sitcom, and why Roseanne...

After a 20-year hiatus, the American TV series Roseanne has returned to television. Early indications suggest that the reboot will be an enormous success, with the first episodes delivering the highest ratings for an American television series since 2014.

Roseanne’s audience numbers are even more striking when they are divided along geographical lines. The premiere failed to break into the top 20 shows in New York or the top 30 in Los Angeles – America’s two biggest markets – but it topped the ratings in many of the fly-over states of middle America. Since then, Roseanne has continued to dominate its timeslot.

In terms of genre, Roseanne is what Horace Newcomb in his seminal TV: The Most Popular Art defined as a domestic comedy. In contrast to situation comedies that tend to focus on physical comedy and farcical situations – like Seinfeld (1989-1998) and 30 Rock (2006-2013) – domestic comedies focus on family life and interpersonal problems that are ultimately resolved through talking.

What has always been most interesting about Roseanne, and the source of its enduring appeal, is how its portrait of working-class America both taps into contemporary cultural anxieties and subverts the traditional moral and aesthetic standards of domestic comedy.

Originally, domestic comedy was a middle-class genre. It emerged in the 1950s as television became a dominant medium. Early exemplars including Father Knows Best (1954-1960), Leave it to Beaver (1957-1963) and The Donna Reed Show (1958-1963) were explicitly targeted towards the rapidly expanding American middle class. They served up moral tales, and an idealised version of the middle-class family that became a template for the genre well into the 1980s.

Roseanne (1988-1997) was different. Roseanne and Dan Conner (John Goodman) were working-class parents, precariously employed and always struggling to make ends meet. They were acutely aware of the gap between their daily grind and the promise of the American dream. This self-awareness and sense of fatalism about their ability to get ahead gave the show its heart.

Many have theorised about the return of Roseanne in the age of US President Donald Trump. Some have praised it for giving a voice to working-class families. Others, such as writer Roxane Gay, have decried the actor Roseanne Barr’s public support for Trump.

Partisan politics aside, Roseanne has filled a void. The most popular domestic comedies over the last couple of decades, such as Everybody Loves Raymond (1996-2005) and Modern Family (2009-), illustrate an ongoing lack of reflection within the genre upon wider economic realities. These shows normalise images of middle-class comfort, making them appear to be reflective of wider America.

Modern domestic comedies are often socially progressive but economically tone deaf. Roseanne, with its relentless focus on financial hardship, is in many ways a response to these recent representations of American family life.

The networks that produced domestic comedies in the 1950s saw themselves as helping to foster a unified American way of life that would diminish geographic, ethnic and especially class differences within American society. The president of NBC – the network that aired Father Knows Best – epitomised this vision in his insistence that “characters will serve to illuminate the problems of our times and our fundamental beliefs”. These shows, he maintained, will detail “the art of living itself”.

These early domestic comedies celebrated the nuclear family – all white, middle class, with professional fathers and stay-at-home mothers – and the simple pleasures of home life. Fathers worried that they were spending too much time at home at the expense of furthering their careers. Mothers would meet independent women that led them to question their lives as homemakers.

Storylines that dealt with the children typically provided an opportunity for lessons on middle-class morality. Problems came from temporary lapses in proper behaviour, rather than any institutional or social issues, and were always resolved with family values.

This worldview was also evident in the few working class shows that made it to television in the middle of the 20th century. In The Life of Riley (1953-1958) and The Honeymooners (1955-56) the chaotic scheming of Chester Riley and Ralph Kramden served as a counterfoil to the ordered lives of the middle class families on television. Both men were working class caricatures: narrow minded, impulsive and constantly drawn to get-rich-quick schemes rather than steady employment and financial responsibility.

In the 1970s, domestic comedies started to address their wider social and political context. All in the Family (1971-1979) still poked fun at the poor manners, lack of education and unexamined prejudice of the working class. But at the same time, the central character Archie Bunker lived in multicultural Queens where his narrow worldview continually came into conflict with 1970s racial and sexual politics. While Archie’s outlook remained unchanged, for his audience these were lessons on the changing face of America.

The Mary Tyler Moore Show (1970-79) followed a mid-30s career woman determined to make it on her own. Mary’s work colleagues functioned as an ersatz family, thus the show was a contrast to the depiction of women as wives and mothers that still dominated TV at that time. Storylines focused on contemporary political issues: the gender pay gap, homosexuality and divorce.

Despite this progress, the 1980s were marked by the return to a more traditional form of domestic comedy. Reagan-era shows, like Family Ties (1982-1989), The Cosby Show (1984-1992) and Growing Pains (1985-1992), had an almost identical narrative structure to the shows of the 1950s. While the issues had changed – there were episodes that dealt with the effects of class privilege, racism and drug abuse – the solutions were always to be found within the family home.

In this reactionary climate, Roseanne, first broadcast in 1988, was a breath of fresh air. From the outset, Roseanne cast itself in opposition to the idealised portrait of family life that still dominated American TV. As a mother and wife, Roseanne Conner remorselessly satirised the idea of the “domestic goddess”.

While the family members loved one another, they constantly bickered and rarely found a path to the kinds of mutual agreements that were typical of the genre. In this way, Roseanne offered a more honest appraisal of family life. It remained a source of comfort and support but was no longer seen as the solution to all of life’s problems.

More broadly, Roseanne realistically situated its characters’ life experiences within a wider social and economic context. Episodes dealt with issues of unemployment, insolvency, alcoholism and domestic violence. Unlike other 1980s shows, these issues were not a subject for detached moral lessons but were instead a reflection of wider sociological context.

The reboot has added another layer to this story. Twenty years have passed, and the characters are acutely aware of having fallen short of the dreams of their younger selves. Darlene has lost her job and has had to returned home with her two children. Becky now widowed, is barely getting by working as a waitress. Problems have become inter-generational.

The first few episodes depict contemporary anxieties over the possibility of finding secure work, the prospect of mortgage foreclosures and the unaffordability of healthcare. The characters confront these challenges with a worldly intelligence and good humour. Unlike the working-class characters in traditional domestic comedies, they are too capable to have their misfortunes explained away as a moral failing.

Roseanne’s politics have also been brought up to date. In the opening episode the house is divided along party lines. Roseanne voted for Trump while her sister Jackie was a Hillary supporter. The terms “snowflake” and “deplorable” are fired back and forth.

On a more personal level, Darlene’s youngest child is non-gender conforming. Roseanne and Dan struggle to understand but are ultimately supportive.

Initially, it seems like a contradiction to have a Trump supporter defending the rights of the LGBTI community. However, Roseanne has always been socially progressive in its storylines about the struggles of “little people” against the system. As a result, the attitudes of the lead character remain difficult to locate in traditional political camps.

While recent shows like The New Normal (2012-2013), Arrested Development (2013–present), and Modern Family (2009-present) are socially progressive, these kinds of class aware storylines are entirely absent.

“He talked about jobs” Roseanne tells her sister about her decision to vote for Trump, “he said he would shake things up”.

What many critics of the show’s new politics have missed is that the Roseanne’s progressiveness was always tied to underlying economic realities, so it should not be surprising that some of its characters support Trump. It suggests that many people living in the fly-over states are desperate rather than “deplorable”.

Roseanne will be broadcast in Australia from April 30 2018.

This essay was written by: 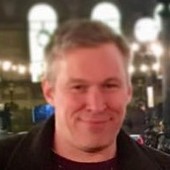