Home BLOG THE GIFT OF GIVING 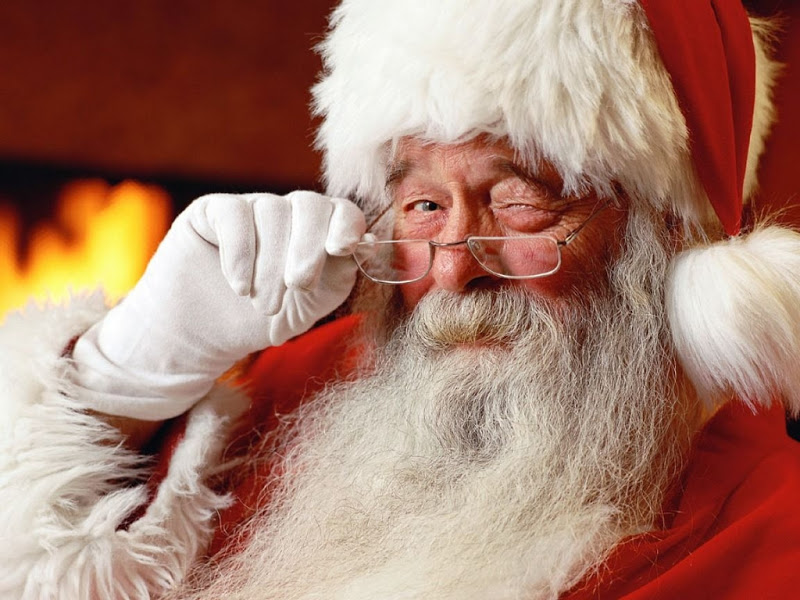 Tis the season to be jolly, as you have a nervous breakdown pondering if you have bought everyone on your list a present, and if you have, is it the right one, and at the same time hoping you are going to get something stunning, and not another pair of socks. How awful to be stuck with such dilemmas.

OK The concept is good. It’s one day of the year when you can celebrate your good fortune in life by being nice to others, trying to make someone else’s life better, try to thank whatever God you believe in, or don’t believe in, or the universe in general, for your own bounty, which you hope to increase, and for all the existence of those inferior people out there that you can measure yourself against and feel righteous.

Sorry, I started off trying to be nice and now I’m slagging off at just about everyone with an income. Bugger. Life’s not easy.

Someone was preaching the other day about how Santa Claus wasn’t real and we shouldn’t tell lies to children. Are they mad? Since when has it been mandatory to tell children the truth? We lie to them all the time. And as someone who regularly tells stories, may we continue to do so. I’m still eating my crusts in the hopes that my hair might miraculously curl now that the ubiquitous perm is out of the question. (That never worked very well with me either, because I usually went swimming within half an hour of the procedure, instead of waiting the required week before getting it wet.

But I digress again. Santa Claus certainly is real. Or rather, he was. He was born in what was Greece, in the third century. This is now part of Turkey. He became a bishop and went around giving gifts to poor families. He was known as Sant or (Sankt) Nikolaus, which in English became Santa Klaus or St. Nicolas. Dutch immigrants took him to the United States. Originally his bishop outfits were in yellow and white, but never miss out on a good marketing idea. Coca Cola colours are red and white, so they changed his outfit to sell more coke. And it worked. Ho Ho Ho.

And why shouldn’t we tell lies to children? Why should they be exempt? Marketing departments tell porkies all the time to adults. If we weren’t in the post-truth era, I’d suggest calling them the “Lie your Socks off Department.”

And why do we celebrate anything on 25th December?  Oh, that’s right. It’s the birth of Jesus, who was a pretty amazing guy in his own right at the helping out vulnerable people. He also gave us a fairly clear blueprint for acting decently to our fellow humans? But his birthday wasn’t on Christmas Day which is named after him, (it was something like September, although December is nothing like September) and good old Saint Nick, who shares the day as Santa, wasn’t born then either. His real birthday is the 6th December.

The day does, however, coincide with the winter solstice, which has been a major pagan celebration for gazillions of years as it celebrates the return of the sun – unless you live in the Southern Hemisphere. It just makes it tidy to lump them all together. Other religious celebrations such as the Jewish Hanukkah are also celebrated around this time.

Us Southern Hemis know a thing or two. We get to celebrate during the summer solstice. It’s a much better time for a party, what with the beach and all. We do, however, put pictures of snow everywhere and sing songs about ‘Dashing through the Snow,” which could confuse the reindeer. And don’t get me started on flying reindeer. Gluhwein, one of my favourites because it’s so healthy with the fruit and all, can cause hallucinations if you drink enough.

To add to the festivity lies, or perhaps we could call them exaggerations, we continue this tradition through the rest of the year. The Queen’s birthday holiday is in June, even though she was born in April. This allows us to leave the country for a short break and experience another summer solstice in the North. I hope when we become a republic, and give the old dear the flick, we celebrate Australia Day in June, instead of the current Invasion/Incarceration Day in January.

But back to gift giving. Lots of studies have found that spending money on someone else makes you happier than spending it on yourself, and that economic growth only makes us happier up to the point where we get the necessities covered. Why don’t we take notice of this obvious truth. “It’s better to give than receive.”

The Bible, the Torah, the Quran, Buddha, and the list goes on, all encourage helping others as an acceptable way of giving. Escalation of material goods alone, just doesn’t do it in the happiness department.  Khalil Gibran said it last century. You don’t have to thank the full peach tree for the fruit. It thanks you for taking it. “It gives so that it might live.”

But there’s also a danger in giving. The receiver can be placed in a vulnerable position. If the giver is giving from a position of superiority, they may be wounding the receiver for their own benefit. This Christmas, let someone do something nice for you, or notice when they pay some small courtesy. And don’t forget to thank them, so that they get the benefit.

NB None of the above applies if the receiver does not even have the bare necessities covered. Then it is time to cough up big. It’s not really giving, it’s righting a wrong.

My gift wish for you: May you all feel positive enough about yourself to walk this earth with fellow humans as equals. And if things are not looking good, may you have friends who help you through difficult times.

Oh. I nearly forgot. Peace all around would be a good idea.

“Santa never made it into Darwin….

Cos a Big Wind came and blew the town away.’

Sorry Darwin. I do really love you