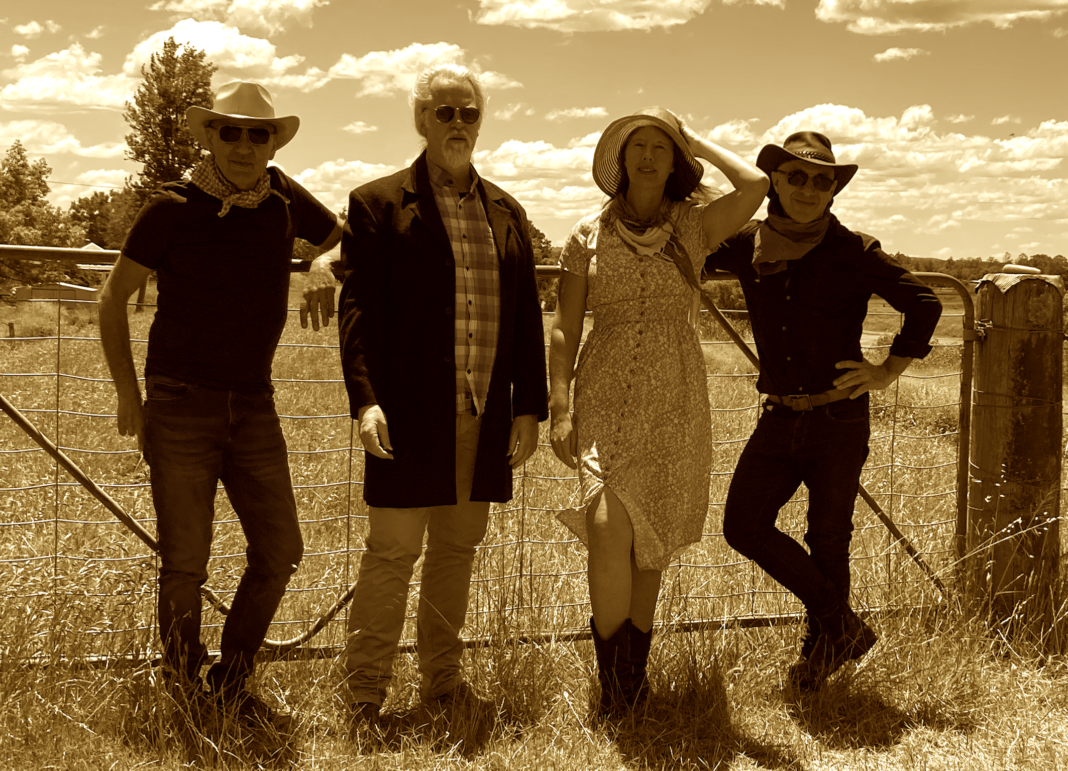 Hold on to your seats folks – it’s going to be a wild ride!

This is the story of an almost famous band whose manager offers them a breakthrough gig in Nashville. All they have to do is get on a private plane, take off from a deserted airstrip at night, and fly to Tennessee…. What follows is an epic journey of survival, loss and transformation.

Nashville is an amazing performance that fuses storytelling with original music. It’s a rock odyssey inspired by Middle Eastern riffs, swampy Delta blues, trance and the kind of smoky, guitar-fuelled journeys of the Deep South.

From the producer of the hit cabaret show, Mad Bitches Inc. comes Nashville – a rock odyssey!

Nashville tells the story of an almost famous Australian band whose ambitious manager promises them a breakthrough gig in the States. All they have to do is get to Nashville, Tennesee, and their future will be assured. When their plane crash lands in the Australian desert, this Faustian pact pushes them past the limits of human endurance.

Nashville features ten original songs by The Majishans, a new art rock band with a gift for storytelling and a charismatic stage vibe. The Majishans are a four person crew: there’s veteran guitarist Antony Romero, multi-instrumentalist Tony Jozef, sound musician James Carter, and Mad Bitches Inc. producer Helen Hopcroft, an anti-disciplinary artist who likes messing around with the line between art and life.

The brainchild of Hopcroft, Nashville is about many things, but primarily about the choices that creative people are forced to make. The show begins with the words – ‘I am about to tell you a story but none of it is true’ – and goes on to relate an entirely fictitious history of The Majishans, a thrilling tale of fame, love and murder.

‘I’m fascinated by the trope of unreliable narration. I was curious to see if I could begin a show by telling the audience that everything that I was about to say was bullshit, but still get them to suspend disbelief’.

Hopcroft is probably best known for My Year as a Fairy Tale, a piece of performance art that saw her dress as Marie Antoinette for one year and go about her everyday life in Maitland. Of Nashville she says, ‘this is easily the strangest, most beautiful and genre-defying project that I have ever worked on’.