Home BLOG The royal commission’s final report has landed – now to make sure...

The Royal Commission into Institutional Responses to Child Sexual Abuse has performed its task magnificently. Its scale, complexity and quality is unprecedented. Its work is already being acknowledged internationally as a model of best practice.

We must recognise the integrity and strength of those who advocated for the inquiry, including survivors, their families, journalists and police. We should applaud former prime minister Julia Gillard for initiating the commission, and the current federal government for ensuring it was adequately resourced.

But this is not the end. The real work begins now. Australian governments and major social institutions now have not only the opportunity, but the responsibility, to create lasting social change. Their responses will be monitored here, including through requirements to report on their actions, and around the world.

This watershed inquiry has created the conditions for a seachange in how society deals with child sexual abuse in institutions, which can flow to our treatment of sexual abuse in other settings.

Our society’s leaders can build progress from the pain of former failings. Not meeting this responsibility would surely stick as a lifelong regret for those in positions to cement change. Fulfilling this imperative can leave a legacy of which these government and institutional leaders can be proud.

The Child Safe Standards now promoted by the commission are substantially embedded in legislation in several states, requiring organisations to adopt comprehensive measures to prevent, identify and respond appropriately to child sexual abuse.

Civil laws have been amended in most jurisdictions to allow claims for compensation, holding individuals and organisations accountable.

In some states, new requirements to report known and suspected cases apply through special “failure to report” and “failure to protect” offences in criminal laws. They also apply through separate reportable conduct schemes that add essential independent external oversight.

Yet much remains to be done. The reforms already made in some states must be adopted elsewhere to create national consistency.

Accountability of individuals and organisations is essential to create cultural change, and needs to be achieved through both civil systems (such as following Western Australia’s recent bill enabling lawsuits against organisations that previously could not be sued, such as the Catholic Church), and criminal systems (for example, prosecuting those who harbour offenders, and removing criminal law principles that compromise criminal prosecutions).

Other state and territory mandatory reporting laws need to be harmonised, as recommended by the commission. Many of the commission’s new 189 recommendations are rightly directed towards prevention, especially through the Child Safe Standards, including their requirements for education, codes of conduct, situational prevention, and the commitment required of organisations’ leadership.

We must focus our efforts on the future, but we must also ensure we properly deal with the past. Perhaps the single most important aspect of this is the redress scheme.

What happens now with redress?

The national redress scheme is behind schedule and must be finalised with sufficient funding, and government and institutional commitment.

The bill for the scheme remains before parliament, awaiting a committee report due in March 2018. It is yet to receive the commitment of all states, territories, and relevant organisations.

The Australian scheme contains three elements. First, a monetary payment as tangible recognition of the wrong suffered by a survivor. Second, access to counselling and psychological services (estimated at an average of $5,500 per person). Third, if requested, a direct personal response from the responsible institution(s), such as an apology.

Not all survivors will apply to the scheme, as many are not financially motivated. However, it is an essential part of a healing response. This has been shown internationally in Canada, Ireland and elsewhere.

Redress schemes are more flexible and speedy, with less formality and cost, and less trauma and confrontation, than conventional legal proceedings. Payments are not intended to replicate the amount that would be payable under a formal civil compensation claim, and instead are far lower.

Accordingly, institutions should recognise the lower financial commitment required to discharge their ethical obligation to participate compared with their liability in formal civil compensation amounts, especially since recent reforms to civil statutes of limitation have removed time limits and allow a claim to be commenced at any time.

Ten key aspects of the proposed Australian scheme are:

Five further factors need to be accommodated by the scheme to ensure it functions properly and complies with the clear recommendations of the royal commission.

The commission’s work contributes a historic, international legacy. The sexual abuse of children in institutions will be revealed in more nations in coming years. This will involve some of the same religious institutions in which it has been found here to be so prevalent, and so heinously concealed and facilitated. Simply due to population, countless children will be shown to be affected.

For this reason, our governments and institutions must now ensure their actions add to the royal commission’s example, and demonstrate to other countries how civilised societies should respond. 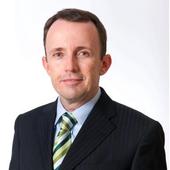