Home BLOG Things To Know About Magnesium Diglycinate And Its Properties 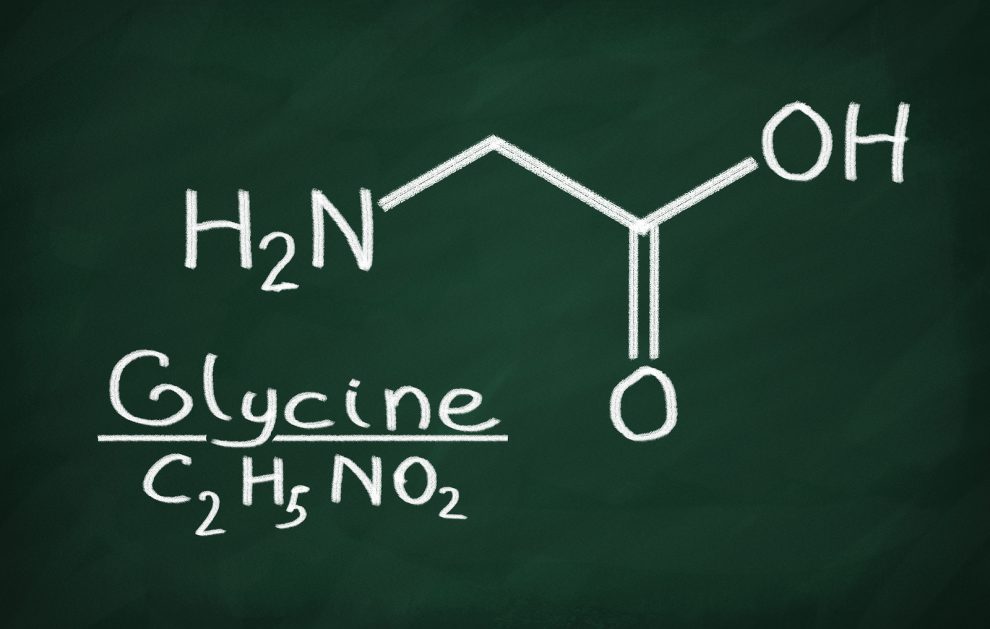 Magnesium is considered one of the most important elements needed for life, as it is involved in almost every chemical process taking place in the body. Its dietary needs are relatively high – the official RDA recommendations say slightly more than 300 mg for women and 400 mg for men – and

One of the commonly used forms of magnesium to supplement it is diglycinate, which is a combination of two molecules of glycine per each molecule of magnesium.

Magnesium is known for the fact that in the form of a dietary supplement, e.g. in the form of oxide or citrate, it has a laxative effect at higher doses, which forces the use of higher doses (in the order of several hundred mg) divided into smaller portions. In the case of an amino acid chelate – there is no necessity, as it does not irritate the digestive system, which makes it convenient to use.

In addition, other advantages that the supplementation with the form of magnesium gives, are attributed to glycine, which has been coupled with this element and are characteristic of this particular form of the magnesium chelate compound.

Below I will present what real benefits of glycine supplementation delivered in the form of a magnesium amino acid preparation can bring.

Glycine is involved in a number of neuronal pathways and promotes a calming effect on the nervous system.

Conclusion – Glycine favors the proper functioning of the nervous system, preventing its overloading, which may have a positive effect on such cognitive parameters as memory or concentration.

Certain studies have shown that a dose of 3g of glycine before bedtime (more or less the dose that provides 500 mg of magnesium ions coupled with glycine) eliminates the effects of sleep deprivation, such as fatigue or problems with concentration. Unfortunately, after a few days, the effect subsided (probably because we can not sleep forever, and supplements will only help in the short run).

Conclusion- Glycine can eliminate the effects of occasional sleep deprivation.

A group of Japanese researchers studied the phenomenon of energy efficiency of cellular mitochondria (ie the so-called energy furnaces of our cells).

Mitochondria have their own DNA and one of the theories of their efficiency decline in energy production is that as they produce this energy, they pollute their own environment with energy transformation products, which in turn increases the number of genetic errors generated in the DNA code. The researchers compared the mitochondria of older and younger people on the basis of fibroblasts – however, there was no increase in the number of genetic errors in older people. They observed, however, that the older mitochondria worked less intensively using less oxygen, assigning this difference in the efficiency of the GCAT gene. As the GCAT gene is involved in the production of glycine, scientists used the dose of this amino acid potentially counting on the change in energy efficiency – and so it happened. The dose of glycine caused an increase in energy expenditure.