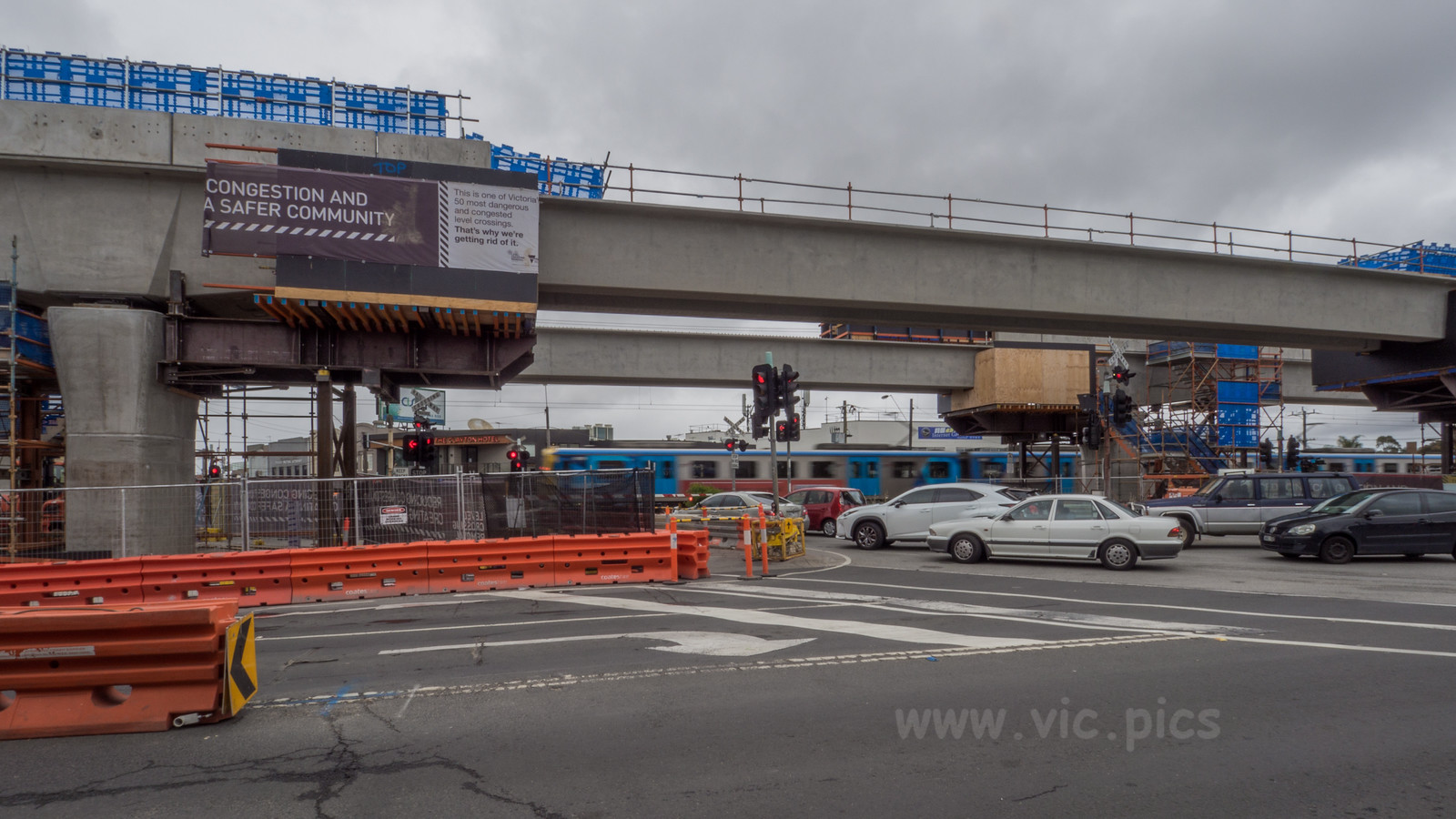 Share
Facebook
Twitter
Linkedin
The Victorian Governmentplans to build the controversial sky rail in inner east Melbourne withan aim to remove the Toorak Road level crossing, which is infamous for its traffic jams. More than 160,000 train passengers and 37,000 vehicles use this intersection daily, which causes the boom barriers to be down more than 30% of the time during the morning rush hour. This percentage is expected to grow as Labor is planning to increase the frequency of railway services.
Premier Daniel Andrews claims building the sky rail and removing the boom barriers will significantly decongest the area. The new 550-metre-long section will connect the Tooronga and Kooyong stations in eastern Melbourne and it’s hoped will reduce the traffic on Citylink and Monash Freeways.
Many residents object to the new sky-rail construction. They are concerned about the new 9-metre-high structure in their neighourhood. They fear it will have a negative impact on their homes’ value and affect the character of their location. Another valid concern relates to theway the structure will block the sun and ruin the view. Local residents are also concerned abouttheir privacy while the state government has said barriers would be erected to maintain privacy for residents.
Many locals believe there were other options to solve the traffic problem; for instance, building an underpass. They are disgruntled because they were neither informed about the sky rail construction nor asked for their opinion. In fact, most residents found out about it from news reporters.
This structure is a part of the Labor’s infrastructure agenda presented at the elections in 2014, which largely contributed to the party’s triumph against the Liberals. Their $8.3 billion ‘Level Crossing Removal Project’ predicts the removal of 75 level crossings around the city of Melbourne, including the one on Toorak Road. So far, 29 level crossings have been removed and anadditional 25 are to be removed by 2025.
Michael O’Brien, leader of the opposition, said that the Coalition agrees with the removal of level crossings but doesn’t consider the sky rail to be the most suitable solution. He agrees with the local residents that an underpass would be a better solution, adding that the sky rail was‘ugly’.
Preliminary works for the new sky rail began in December 2018 and the project is to be completed by 2021. The state government explained that a sky rail was chosen over an under pass in order to avoid the disruption of 9,000 important telecommunications cables that serve the city’s south eastern and eastern suburbs. This would mean increased expense, as well as a one-year delay in the removal of the level crossing.
In addition, the construction of an underpass would mean closing Toorak Road for several months and disturb the floodwaters’ flow into Gardiners Creek.
Government officials claim that the Toorak Road project will limit the loss of trees in the area, create 12-kilometre cycling and pedestrian paths, as well as renovated stations with improved connections between buses and trains.
The construction of the sky rail will create new open spaces that will be used for public benefit. Some of the government’s suggestions on how best to use these new spaces include car parking spots, greenery, civic plazas, and netball courts but, eventually, the community will have the final word.
The state government also added that properties won’t be compulsorily acquired. There’s also a possibility that affected residents will be compensated appropriately. The project’s cost hasn’t been revealed yet, as the tender process is ongoing.