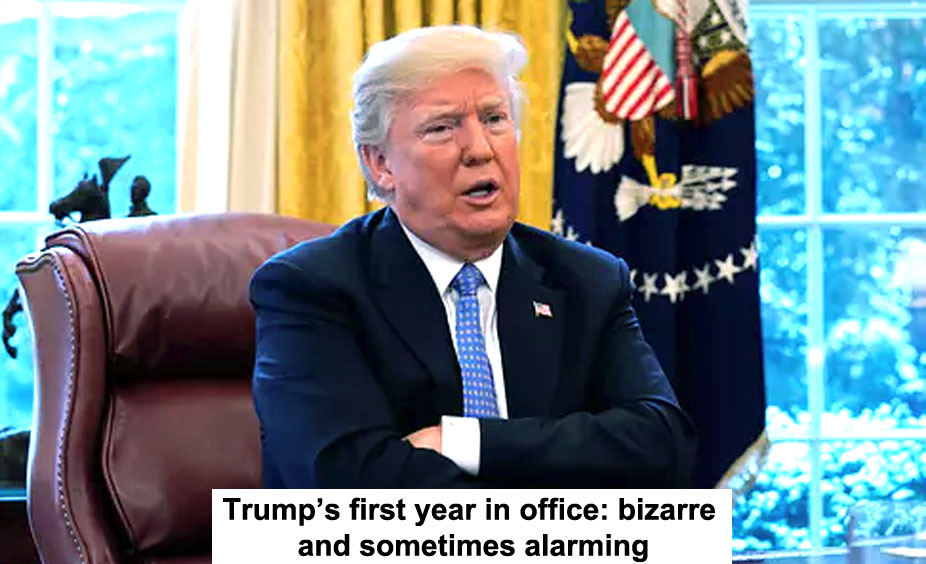 After one year in office, President Donald Trump has not made America great again. Instead, he has presided over a country that is more deeply divided along partisan lines, proposed staggeringly racist reforms to the immigration system, supported a tax bill that will see economic inequality grow, pulled the US out of the Paris Accord, upset allies, emboldened adversaries, and reminded the world just how dangerous nuclear weapons are.

And in the background throughout all of this, the FBI investigation continues to piece together the links between Trump’s campaign and Russian interference in the 2016 election.

It’s quite a list of extraordinary events, any one of which in a normal year would have dominated commentary for months. But this has not been a normal year. The above represents merely a fraction of the near weekly, sometimes daily, shocks to the system in which the occupants of the White House remind us they are not playing by the rules.

It’s a good moment to step back and take stock of the impact Trump’s presidency has had in America, and how it is changing the international system.

Then there was the recent publication of Michael Wolff’s book Fire and Fury, and the sensation it caused. But even when taken with several generous pinches of salt, the book confirmed that Trump is ignorant about most of the major issues facing the country, and doesn’t really seem to care.

The scandalous revelations also seemed to confirm that Trump’s base is unlikely to abandon him, no matter what.

Immigration continues to be one of the nastiest and most divisive issues. His recent comment about immigrants and refugees from “shithole countries” confirmed his racist attitudes about immigration and race.

The looming government shutdown centred around the fight to resolve the fate of Deferred Action for Childhood Arrivals (DACA), and demonstrated just how much this issue divides Congress and the Republican Party itself.

Beyond the tax bill and his efforts at imposing punitive immigration reforms, Trump has achieved very little of his campaign promises. The most important of these, to his supporters, is the scrapping of Obamacare.

Reforming access to, and provision of affordable health care in America is urgent. Yet the recent announcement that Kentucky will require Medicaid recipients to participate in a work scheme, which has been approved by Trump, suggests that future reforms will not expand the social safety net for Americans, but see it shrink further.

After this first year, those Americans who voted for Trump still don’t have their wall, they don’t have better access to health care, they are more ideologically divided, and unless they already wealthy, they are likely to become economically more insecure. Yet they seem to be maintaining the faith.

Trump around the world

In terms of foreign policy, it’s harder to assess Trump’s impact and whether it will usher in lasting shifts in the international system or instead become an anomaly, after which things return to normal.

He has consistently upset traditional allies and called into question America’s commitment to security alliances that have underpinned the post-war order. But these relationships can probably be repaired once Trump is gone. It’s clear that no lasting damage has been done to the relationships with Germany or the UK, Japan or Australia.

What is more troubling has been Trump’s championing of authoritarian leaders while ignoring human rights abuses.

America is hardly a model citizen when it comes to upholding human rights; despite this, it often ensured that the discussion of human rights was front and centre of certain foreign policy discussions, a reminder that states did not have a license to abandon one of the most essential pillars of the global order.

In effect, Trump has given the green light to some of the world’s worst leaders to act with impunity in depriving citizens of their most basic rights and dignity.

The periodic flareups with North Korea, and the increasingly antagonistic tone toward Iran, have made 2017 a little hair-raising at times. Together with the announcement by Secretary of State Rex Tillerson that the US military could remain in Syria indefinitely, global conflict and the idea of perpetual war seem to have become the norm.

Most concerning is the radical rewriting of the rules and norms around nuclear weapons. Trump’s Twitter posturing and pathetic manhood measuring would be alarming enough, without the cavalier attitude to the most destructive weapons being written into policy.

The draft Nuclear Posture Review proposes a range of scenarios in which nuclear weapons could be used in non-nuclear attacks, completely abandoning any pretence that the weapons are for deterrence, or that the US would hold to a “no-first-use” commitment.

Not that the US has ever really committed to the no-first-use principle. Again, it remains to be seen if this will result in a long-term transformation of the US nuclear strategy, but there are some worrying hints that Trump sees a greater utility for these weapons.

On climate change, there has perhaps been a silver lining to Trump’s belligerent denial of scientific fact: the rest of the world, led by the EU and China, has aggressively recommitted to meeting the Paris goals and moving ahead without the US. It has undermined the argument US leadership is essential in confronting such an urgent global problem.

China’s lead on moving to lower carbon emissions also hints at the shift in the global balance of power. While it is still far too early to assess, it does appear that China is slowly replacing the US as the most important economic and political partner for many states on a range of issues.

Global approval for US leadership has dropped to a new low of 30%. What implications this has for a system governed by “liberal” values remains to be seen, but allies like Australia are watching carefully to see how this power shift develops.

It has been a bizarre and sometimes alarming year. Trump’s impact on global political and cultural norms may be fleeting, or it may be the beginning of a substantively different role for America in the world. My hope is that 2018 will be, by comparison, decidedly uneventful. 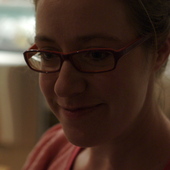