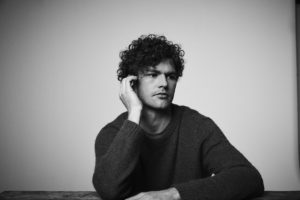 Liberation Records are elated to share the news that Vance Joy’s sophomore album Nation of Two has debuted at #1 on the ARIA Album Chart in its first week – the first Australian #1 for 2018.

In addition, due to an overwhelming demand and total sell outs across Sydney, Adelaide and Perth shows, Frontier Touring follow up the fantastic chart result, announcing extra shows to the Nation of Two Tour, making Vance Joy’s biggest Australian tour to date even bigger!

Vance Joy will play two nights at Sydney’s Hordern Pavilion, now opening the tour Thursday 13 September, with second shows added at Adelaide’s Thebarton Theatre on Monday 17 September and Freo Arts Centre on Monday 24 September. Fans can nab early tickets to the new shows via Frontier Touring member pre-sale this Wednesday 7 March from 2pm AEDT, with general public tickets on sale from Friday 9 March. Tickets for Melbourne and Brisbane are also flying with fans urged to act quickly to avoid disappointment! All shows will be supported by Cub Sport and Didirri.

In what can only be described as an absolute whirlwind start to 2018, Vance Joy returned to Australia for the week of Nation of Two’s release to hit the promo trail, leaving no stone unturned. Vance Joy appeared across all television networks, was heard on all major radio stations and secured triple j’s feature album on release. In addition, he graced multiple magazine covers and was noticeably present across a myriad of digital outlets and streaming services. He also managed to squeeze in a set at the inaugural Sydney City Limits, playing to thousands of fans. According to News Corp he, “commanded the loudest singalong at Sydney City Limits with song after song.”

Rousing reviews followed Nation of Two’s release, with Herald Sun locking in Album of the Week, Clash naming Vance Joy a “bona-fide star”, Broadsheet claiming he “might be our most famous music export in years” and News Corp stating “he’s in for the long haul”.

Adding to singles ‘We’re Going Home’ (which reached a new peak at #16 on the ARIA Chart this week), ‘Lay It On Me’,  ‘Like Gold’, ‘Call If You Need Me’ (all with accompanying videos) plus ‘Saturday Sun’, Vance Joy last week revealed a stunning acoustic clip for album track ‘I’m With You’. In the same week the artist also performed fan favourite ‘Saturday Sun’ on The Late Late Show with James Corden for US and worldwide audiences on Thursday 1 March – watch here.

Prior to returning to home soil for the Australian leg of the Nation of Two Tour, Vance Joy will  headline stages across the UK, Europe, New Zealand, Canada, South America and the USA – including a sold out show this week at London’s Brixton Academy and playing to a massive crowd at Red Rocks Amphitheatre, Colorado in May. He’s also on the bill for Coachella, Shaky Knees, Firefly and Forecast Festivals.

Nation of Two is most certainly solidifying Vance Joy as one of Australia’s most exciting exports, irrefutably aiding his meteoric worldwide rise. With tickets to all shows moving at a rapid pace, fans are urged to not delay.

ALL OTHER SHOWS ON SALE NOW 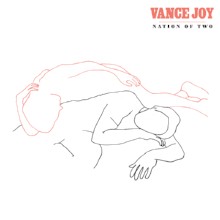