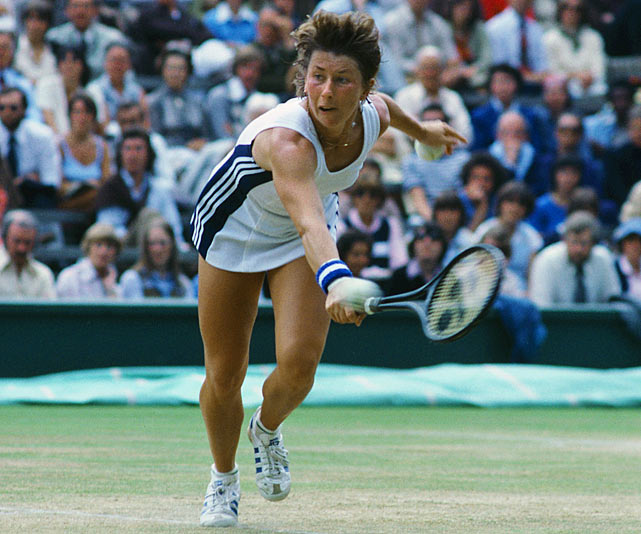 Wendy Turnbull (MBE)  (born 26 November 1952) is a retired Australian professional tennis player. During her reign on the court, she won 9 Grand Slam titles, 4 of them in women’s doubles and five in mixed doubles. She is a 3 time Grand Slam singles runner-up, winner of 13 singles titles and 55 doubles titles. 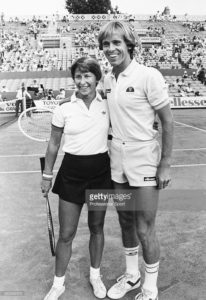 Turnbull’s career started at the tender age of five, having grown up in Sandgate with her six siblings who also played tennis as juniors. The Queensland Lawn Tennis Association only let juniors play on the two worst grass courts on a Sunday afternoon. Back then regardless of the condition of the court, playing on grass was like playing on top of a flawless Argyle diamond. As a kid, Turnball thinks back and recalls playing on this surface actually helped her game, as the bounces weren’t that great.

Back in 1982, the former Milton Tennis Centre also provided Turnbull with one of her career highlights, as it was here where she won her first WTA tournament. There to cheer her on was her hometown crowd and family.

For fifteen years, the old centre was left unused and derelict before it’s demolition in 2013. This angered Turnbull. For years she would drive past her old haunting place and watch as the weeds continued to grow until they were way above her head. 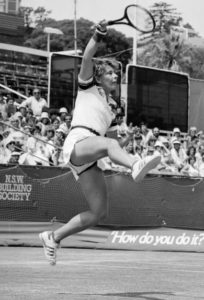 Enter Lord Mayer Graham Quirk, and a $12 million dollar redevelopment of the newly named Frew Park Complex was on budget and on time for completion by 2014.

Tennis Queensland’s chief executive Cameron Pearson said there was a shortage of courts and the new facility would open unlimited opportunity for the locals.

When Turnbull first started playing there it was all ant-bed courts, except for the three rows of grass courts, including the centre court everything else was an ant-bed”.

Turnbull has great memories because her whole family was involved and played in the aged titles. Her parents were volunteers.

Turnbulls coach was Daphne Fancutt. Knowing that Fancutt and Fay Muller had made the Wimbledon doubles finals, lit the fire inside her to perfect her game at all costs. As a junior, Turnbull remembers staying up late at night watching Wimbledon on an old black and white television set. She would dream of finals.

Turnbull: First you concentrate on playing titles locally, but the dream is always to travel overseas and eventually walk the turf of Wimbledon and take in all its splendor and history. 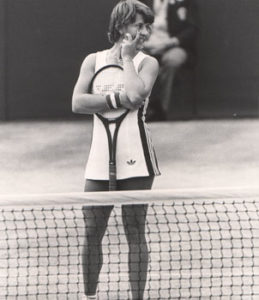 Turnbull’s wins at Wimbeldon are the biggest accomplishments of her tennis career. Admittedly it wasn’t in singles, but she did win three titles there in ladies doubles.

Turnbull: “I never thought I would get into the top 10 singles players in the world, but I got there and I stayed there for eight consecutive years”.

Tennis in Brisbane was going back to the future, and in the process wanted to honour one of the city’s greatest players. It seemed only fitting that Turnbull, a local Brisbane girl, born and bred, with an impressive tennis legacy have her place etched in history there. A large grassed area within the complex has been christened  “The Wendy Turnbull Green” and it takes pride and place next to the Roy Emerson Tennis Centre, which includes six courts and a two-storey office facility.

In 1975, she turned professional, some 23 years later and was quickly nicknamed “Rabbit” by her peers, defined by her ever present speed around the court.

In 1979, there were four Australian women placed in the top 10, Evonne Goolagong, Kerry Reid, Dianne Fromholz and Wendy Turnbull. This hasn’t been seen in women’s tennis since. 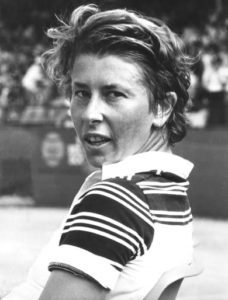 Turnbull: “We are never going to have that again, but I would really like to see some Australians get up there again. Turnbull doubted Australian tennis could never feature as prominently as it did 40 – 50 years ago because the rest of the world has discovered tennis and the $ figure that goes with it.”

When asked to comment on the current up and coming Australian male players, she is kept to a few sentences.

Turnbull: “It’s just immaturity as far I am concerned and showing off. When I was playing, if I got a little bit out of control another player would tell you – it could be one of your friends – they would tell you to pull your head in.”

During her illustrious career, Turnbull achieved the finals of every Grand Slam except Wimbledon. Her consistency was exceptional.

Turnbull was among the finest women’s tennis players of her era, ranking in the top ten for women’s singles for 8 consecutive years.

After an absence of 60 years, when tennis returned to the Olympics, Turnbull teamed up with fellow Aussie Liz Smylie to win bronze in the women’s doubles division.

She also competed in the singles in Seoul, losing in the second round.

After retiring from professional tennis in 1989, Turnbull worked with the International Tennis Federation Olympic Tennis Committee and the Women’s Tennis Association to promote professional female tennis players. Turnbull believes the unsettled top 20 of women’s tennis in modern times is not producing that extra rivalry to lure audiences.

Turnbull: “I think that hurts women’s tennis a little bit because you like to have a rivalry – myself and Pam Shriver; there was Chris Evert and Martina Navratilova, and that was an unbelievable rivalry. Then later on you got Steffi Graf and Monica Seles. And I don’t think you have had quite the same rivalry since.

Turnbull represented Australia on the Women’s Fed Cup team for 12 years and served as the Captain and coach of the Team for 9 years.

Turnbulls name and picture appeared on the “Supersisters” trading card set in 1979. 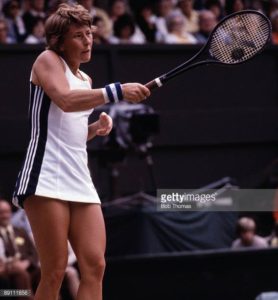 Wendy Turnbull was made a Member of the Order of the British Empire (MBE) in 1984 and In 2009, was inducted into the Australian Tennis Hall of Fame.

These days, a recent hip replacement has slowed her right down.

For years, many have questioned Turnbull’s sexual preference. Though she has never confirmed or denied being a lesbian, back then it just wasn’t discussed, and nor was it anyone’s business.

Turnbull: “If there are any homosexual relationships on the tour, no one really knows for sure who they are. People might have suspicions about one or two people, but they don’t know who they are because they’re not open about it. And I think if they’re not hurting anyone else, as long as everyone’s happy, that’s fine. I mean, happiness is so hard to find in this world, and if you can find happiness with someone, no matter what sex they are, then good luck to you.” 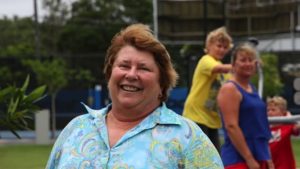 For more on the subject go to this link:

The Health Benefits of Tennis