Over 19,000 people have signed a change.org petition objecting to the proposal, which is designed to strengthen biosecurity for plants of the brassicaceae family. Opponents say mandatory fungicide treatment could spell the loss of organic accreditation for organic vegetable growers who rely on imported seed.

Why do we need to import seeds?

Australia’s vegetable growers do rely heavily on imported seed. But why?

The answer lies partly in where plant breeding expertise and effort is centred globally. Continuous (and often long-term) efforts in breeding have lead to the development of plant varieties with benefits like improved yield or quality, tolerance to stress and resistance to disease. These varieties have major advantages for growers (provided they are suitable for Australian conditions).

The global vegetable seed market is dominated by a small number of multinational companies. These international companies produce seeds in multiple locations around the world to reduce the risk of running low on popular varieties, and to benefit from the counter seasons of the northern and southern hemispheres.

However, seed grading, testing and treatment (including fungicide coating) is generally centrally coordinated at the company’s key global facility. These facilities are typically in close proximity to major vegetable growing regions, and thus outside Australia.

If seed were grown in Australia only for a domestic market, it would be a very small market without the benefits of an economy of scale. However, there are other benefits of breeding and growing crops for vegetable seed in Australia, including the scope to prioritise breeding efforts in response to local need. University of Sydney-based company Abundant Produce is addressing this gap for some vegetable crops, but not any brassicas as yet.

Can we protect biosecurity and organic farmers at the same time?

To address the dilemma faced by organic brassica growers who rely on imported seed, can the risk of diseases entering Australia be managed in organically acceptable ways?

In their draft review of the risk analysis for import of brassica seeds, the Department of Agriculture and Water Resources do clearly state that alternative measures will be considered if the “appropriate level of protection” can be achieved.

These alternatives may include importing seed from areas or production sites that are designated as free of the two pathogens of concern. A further alternative is seeds that have been grown using at least two independent and verified disease control measures (either pre- or post-harvest) as part of a “systems approach” to manage pest risk.

Non-fungicide seed treatments could also be considered. Heat, applied via steam, water or air, electrolysed water, or pulsed electric fields could be used, if they achieve the appropriate level of protection and seed viability is maintained. Organically-approved seed coatings and other treatments may also be an option.

But the efficiency of treatments depends on how the pathogen infects the host and in which part of the seed it is found.

There are at least eight combinations of seed infection sites and types, and fungal pathogens can use all of these.

One of the fungal pathogens targeted by the proposed regulations is Colletotrichum higginsianum , which infects broccoli, cabbage, kale, cauliflower, bok choy and radishes and causes dark sunken lesions on all above-ground plant parts.

While studies are lacking on how that specific pathogen develops in brasscia seed, studies with Colletotrichum truncatum in soybean seeds found that it could grow in the cotyledon and embryo but was most abundant in the seed coat.

The other pathogen of concern is a sub-type of Fusarium oxysporum which is notorious for vascular wilt diseases in many crops around the world.

Fusarium oxysporum f. sp. raphani can cause major crop loss in Eruca vesicaria crops (including rocket) and radishes. These fungal pathgogens can cause systemic infections in the plant, and then establish in the seed as it develops. So, they can be found in any part of the seed, but especially the embryo and seed coat.

The anatomy of the seed itself is also a factor in determining which seed treatment is best. For example, seed of pyrethrum (a daisy from which the household insecticide of the same name is sourced) has a porous coat which makes steaming a commercially viable option for the elimination of fungal pathogens. Similarly, heat treatments and chlorine are used to disinfect spinach seed.

Another advantage of finding alternatives to fungicide treatment of imported seed is that frequent use of fungicides can lead to pathogen resistance. This means that the pathogens evolve to overcome its mode of action and are no longer controlled by it.

Broad-spectrum fungicides have been recommended by the Department of Agriculture and Water Resources for mandatory seed treatment, and the selection and management of these as part of resistance risk assessment requires attention by all growers.

It should be possible to satisfy both biosecurity stringency and the organic vegetable sector if enough time and resources are given to finding solutions. Establishing local breeding and seed production efforts would take a solid business case and investment. Assessment of seed treatment alternatives would require research trials and require cooperation from seed companies.

As always, the question is – who is going to pay? 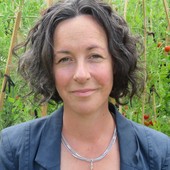 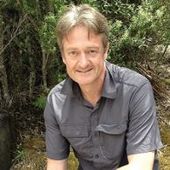 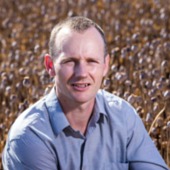