In 1999, a tennis coach from Maroubra, Serge Benhayon, supposedly experienced a series of awakenings that imparted to him detailed understanding of how the body works, the real cause of disease and the methods needed for healing. This was the beginning of the “health care” group known as Universal Medicine.

The group preaches a religion known as “The way of the livingness”, which contends disease is caused by energetic disharmony from poor choices made in this and previous lives.

This destructive (or what the group has labelled “pranic”) energy can supposedly be released using a number of “esoteric” techniques including “connective tissue therapy”, breast massage, “Chakra puncture” using acupuncture, and ovarian massage in which the practitioner claims to “read” women’s ovaries.

The group is active in Australia and the UK, and reportedly receives large amounts of money from bequests, and has a steady income from treatments and the teaching of healing techniques to would-be esoteric practitioners.

This group first came to my attention when a network I’m part of, Friends of Science in Medicine, was approached by one of its former patients. This patient saw a respiratory medicine specialist in Northern NSW for treatment of a severe, persistent cough. This doctor referred the patient to his wife, an “esoteric therapist” (the name given to Universal Medicine practitioners) who works in his clinic. His wife provided the patient with “esoteric lung massage therapy” (a back massage) at the cost of A$70.

When this didn’t help, the patient was told she might need chemotherapy or a lung transplant. This alarming diagnosis led to her spend more than A$30,000 on treatments by the Universal Medicine group.

With still no improvement, she withdrew treatment and sought advice from another respiratory physician who diagnosed interstitial pneumonitis (inflammation of the lungs) which disappeared with appropriate treatment.

The patient attempted to have the doctor disciplined by the NSW Medical Council. Eventually the professional standards committee did reprimand him and restrict his ability to refer patients to complementary therapy.

However, the doctor’s website still tells prospective patients his clinic offers both conventional and complementary medicine from him and his wife. The doctor has now stood down as council member of the Australian Medical Association’s Queensland branch for passing medical information to the group.

The most distressing aspect of this story is the lack of any significant protection of consumers from these so-called health practices, not supported by any credible evidence and administered by practitioners with no medical qualifications. The Conversation sought response from Universal Medicine before publication of this story and Benhayon denied this woman was ever a patient of the group.

In 2014, a parliamentary inquiry into the protection of consumers looked at Universal Medicine in some detail. At issue was the ability of the NSW Health Care Complaints Commission (HCCC) to adequately protect consumers.

The report stated while there was little anecdotal evidence to suggest actual harm caused by the treatments themselves, patients may forego seeking proper medical advice and care:

“Two patients who were undergoing therapies at Universal Medicine were independently diagnosed with cancer and bronchiectasis respectively, and required proper medical intervention in order to be properly treated”.

A lack of evidence

Most recently, Universal Medicine has been in the news as three followers of the group conducted research from the School of Public Health at The University of Queensland.

One, in the Journal of Medical Internet Research, suggested women following Universal Medicine strategies for health may have better outcomes than women in the Australian Longitudinal Study of Women’s Health. They also published in the Journal “Trials” their proposal to study Esoteric Connective Tissue Therapy for the treatment of low back pain. There are no data presented in the papers.

An ex-client of Universal Medicine, Esther Rockett, was so disturbed by the treatment provided to her by the group she established a blog monitoring the activities of the group in great detail (for which she is currently being sued by Benhayon for defamation).

After publication of these studies, she wrote to the University of Queensland and the journals, notifying them the studies lacked conflict of interest statements from the authors declaring their affiliation with the group.

Both were concerned by the affiliation and lack of disclosure. The Universal Medicine authors claim they did submit a conflict of interest statement, but the journal editor has refuted this.

No other research has been conducted on the group’s methods.

What needs to happen to protect consumers?

Unless a patient comes forward and can prove they’ve suffered physical harm from treatment at a Universal Medicine clinic, the NSW HCCC will not issue an order for the group to stop its program. Since 2013, the HCCC has been authorised to initiate enquiries without a patient complaint and does have the power to stop fraudulent practices but it does not use this power.

Herein lies the great weakness of our regulators’ approaches to consumer protection from health care fraud.

Protection should be about stopping harm from occurring by due vigilance of what is being offered to patients, rather than chasing culprits after harm has been done.

And the mandate of responding to serious physical harm should be extended to include the harm associated with a delay in accurate diagnosis and timely effective treatment, the psychological damage from false hope, and robbing patients of funds when there is no evidence for treatment programs.

Improving health literacy would protect many, but not all, from being duped by supposed health care that lacks a basis in evidence. But the immediate challenge for all interested in better protecting consumers is to have the regulatory agencies charged with doing just that be far more proactive and tougher on miscreants.

As for those of us advocating much better consumer protection from groups such as this and seeing so little action: a little more outrage would not be misplaced. 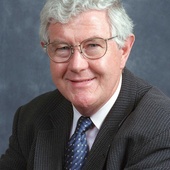