Facebook has had a bad few weeks. The social media giant had to apologise for failing to protect the personal data of millions of users from being accessed by data mining company Cambridge Analytica. Outrage is brewing over its admission to spying on people via their Android phones. Its stock price plummeted, while millions deleted their accounts in disgust.

Facebook has also faced scrutiny over its failure to prevent the spread of “fake news” on its platforms, including via an apparent orchestrated Russian propaganda effort to influence the 2016 US presidential election.

Facebook’s actions – or inactions – facilitated breaches of privacy and human rights associated with democratic governance. But it might be that its business model – and those of its social media peers generally – is simply incompatible with human rights.

In some ways, social media has been a boon for human rights – most obviously for freedom of speech.

Previously, the so-called “marketplace of ideas” was technically available to all (in “free” countries), but was in reality dominated by the elites. While all could equally exercise the right to free speech, we lacked equal voice. Gatekeepers, especially in the form of the mainstream media, largely controlled the conversation.

But today, anybody with internet access can broadcast information and opinions to the whole world. While not all will be listened to, social media is expanding the boundaries of what is said and received in public. The marketplace of ideas must effectively be bigger and broader, and more diverse.

Social media played a major role in co-ordinating the massive protests that brought down dictatorships in Tunisia and Egypt, as well as large revolts in Spain, Greece, Israel, South Korea, and the Occupy movement. More recently, it has facilitated the rapid growth of the #MeToo and #neveragain movements, among others.

The bad and the ugly

The UN recently found that Facebook had been a major platform for spreading hatred against the Rohingya in Myanmar, which in turn led to ethnic cleansing and crimes against humanity.

Video sharing site YouTube seems to automatically guide viewers to the fringiest versions of what they might be searching for. A search on vegetarianism might lead to veganism; jogging to ultra-marathons; Donald Trump’s popularity to white supremacist rants; and Hillary Clinton to 9/11 trutherism.

YouTube, via its algorithm’s natural and probably unintended impacts, “may be one of the most powerful radicalising instruments of the 21st century”, with all the attendant human rights abuses that might follow.

The business model and human rights

Human rights abuses might be embedded in the business model that has evolved for social media companies in their second decade.

Essentially, those models are based on the collection and use for marketing purposes of their users’ data. And the data they have is extraordinary in its profiling capacities, and in the consequent unprecedented knowledge base and potential power it grants to these private actors.

Indirect political influence is commonly exercised, even in the most credible democracies, by private bodies such as major corporations. This power can be partially constrained by “anti-trust laws” that promote competition and prevent undue market dominance.

Anti-trust measures could, for example, be used to hive off Instagram from Facebook, or YouTube from Google. But these companies’ power essentially arises from the sheer number of their users: in late 2017, Facebook was reported as having more than 2.2 billion active users. Anti-trust measures do not seek to cap the number of a company’s customers, as opposed to its acquisitions.

In 2010, Facebook conducted an experiment by randomly deploying a non-partisan “I voted” button into 61 million feeds during the US mid-term elections. That simple action led to 340,000 more votes, or about 0.14% of the US voting population. This number can swing an election. A bigger sample would lead to even more votes.

So Facebook knows how to deploy the button to sway an election, which would clearly be lamentable. However, the mere possession of that knowledge makes Facebook a political player. It now knows that button’s the political impact, the types of people it is likely to motivate, and the party that’s favoured by its deployment and non-deployment, and at what times of day.

It might seem inherently incompatible with democracy for that knowledge to be vested in a private body. Yet the retention of such data is the essence of Facebook’s ability to make money and run a viable business.

A study has shown that a computer knows more about a person’s personality than their friends or flatmates from an analysis of 70 “likes”, and more than their family from 150 likes. From 300 likes it can outperform one’s spouse.

This enables the micro-targeting of people for marketing messages – whether those messages market a product, a political party or a cause. This is Facebook’s product, from which it generates billions of dollars. It enables extremely effective advertising and the manipulation of its users. This is so even without Cambridge Analytica’s underhanded methods.

Advertising is manipulative: that is its point. Yet it is a long bow to label all advertising as a breach of human rights.

Advertising is available to all with the means to pay. Social media micro-targeting has become another battleground where money is used to attract customers and, in the political arena, influence and mobilise voters.

While the influence of money in politics is pervasive – and probably inherently undemocratic – it seems unlikely that spending money to deploy social media to boost an electoral message is any more a breach of human rights than other overt political uses of money.

Yet the extraordinary scale and precision of its manipulative reach might justify differential treatment of social media compared to other advertising, as its manipulative political effects arguably undermine democratic choices.

As with mass data collection, perhaps it may eventually be concluded that that reach is simply incompatible with democratic and human rights.

Finally, there is the issue of the spread of misinformation.

While paid advertising may not breach human rights, “fake news” distorts and poisons democratic debate. It is one thing for millions of voters to be influenced by precisely targeted social media messages, but another for maliciously false messages to influence and manipulate millions – whether paid for or not.

In a Declaration on Fake News, several UN and regional human rights experts said fake news interfered with the right to know and receive information – part of the general right to freedom of expression.

Its mass dissemination may also distort rights to participate in public affairs. Russia and Cambridge Analytica (assuming allegations in both cases to be true) have demonstrated how social media can be “weaponised” in unanticipated ways.

The preferred solution outlined in the Declaration on Fake News is to develop technology and digital literacy to enable readers to more easily identify fake news. The human rights community seems to be trusting that the proliferation of fake news in the marketplace of ideas can be corrected with better ideas rather than censorship.

However, one cannot be complacent in assuming that “better speech” triumphs over fake news. A recent study concluded fake news on social media:

… diffused significantly farther, faster, deeper, and more broadly than the truth in all categories of information.

Also, internet “bots” apparently spread true and false news at the same rate, which indicates that:

… false news spreads more than the truth because humans, not robots, are more likely to spread it.

The depressing truth may be that human nature is attracted to fake stories over the more mundane true ones, often because they satisfy predetermined biases, prejudices and desires. And social media now facilitates their wildfire spread to an unprecedented degree.

Perhaps social media’s purpose – the posting and sharing of speech – cannot help but generate a distorted and tainted marketplace of fake ideas that undermine political debate and choices, and perhaps human rights.

It is premature to assert the very collection of massive amounts of data is irreconcilable with the right to privacy (and even rights relating to democratic governance).

Similarly, it is premature to decide that micro-targeting manipulates the political sphere beyond the bounds of democratic human rights.

Finally, it may be that better speech and corrective technology will help to undo fake news’ negative impacts: it is premature to assume that such solutions won’t work.

However, by the time such conclusions may be reached, it may be too late to do much about it. It may be an example where government regulation and international human rights law – and even business acumen and expertise – lags too far behind technological developments to appreciate their human rights dangers.

At the very least, we must now seriously question the business models that have emerged from the dominant social media platforms. Maybe the internet should be rewired from the grassroots, rather than be led by digital oligarchs’ business needs. 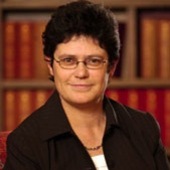