Over recent decades in Australia union membership has fallen from 40% of the workforce in 1990 to 15% in 2016 and so unions might seem less relevant in making a difference to what we earn. But our research finds that union members do earn higher wages per hour than non-union members.

This is because union members have more experience with their current employer, in their occupation and in the labour market generally, than non-union members.

We explored whether these pay differences could be explained by whether or not the two groups had different characteristics such as formal education levels and various forms of labour market experience. In economics, the more knowledge and skills a worker has, the higher productivity and higher wages they’ll have.

However formal education didn’t seem to factor in as a decider of differences in wages between unionists and non-unionists in the study. Rather, these findings suggest that when unions negotiate collective agreements for members they are concerned about employment security, as well as wages and this is a deciding factor.

How unions add to workers’ experience

The study also revealed that unionists received a lower wage increase for each year of additional labour market experience. But because they accumulated more expertise their overall earnings were higher than their non-union counterparts.

These findings can be explained by unions’ willingness to trade-off wage increases for improvements in employment security. For example, during collective bargaining a union may propose that the employer impose no forced redundancies on the workforce for the life of the agreement. However, this will be costly for the firm as it will have to commit more resources to redeployment. As a result the employer may agree to this provision if the union agrees to a reduction in wage increases.

This idea was confirmed in an earlier study we conducted. That study, also using HILDA survey data, found workers covered by a collective agreement (the majority negotiated by unions) had more workplace training (approximately 5% more). This is compared to workers covered by an individual agreement, which are mostly negotiated without any union involvement.

This finding is also consistent with data from the federal government about collective agreements formed between 2007 and 2009. This data found there were training initiatives in 80% of union negotiated agreements, compared to 52% of non-union agreements.

From our findings we think workers might be financing training opportunities by trading-off potential wage growth under collective agreements. But these workers can accumulate more skills and accordingly increase their productivity, giving them higher wages in the long-term.

Taken together these studies suggest that unions can get higher wages for their members, despite having less industrial muscle than they did in the past. It shows that unions need to focus on negotiating for improved employment security and training opportunities for workers and not simply for higher wages during bargaining for new collective agreements.

To remain relevant to Australian workers, unions need to have an effective voice on these matters. 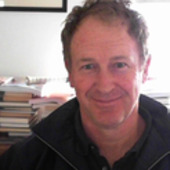 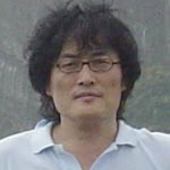 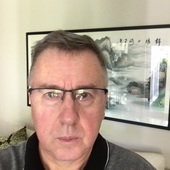