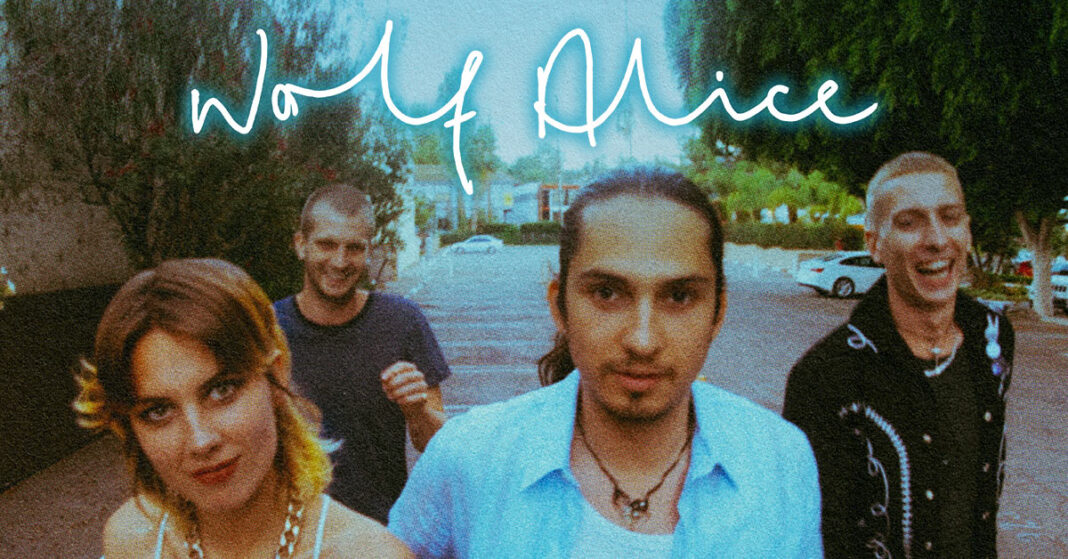 Fresh from their Best Group win at the 2022 Brit Awards, London four-piece Wolf Alice will return to Australia for the first time in three years this April/May, performing their biggest headline shows to date in Sydney, Melbourne and Brisbane – presented by Frontier Touring and triple j.

Bringing their latest release Blue Weekend to fans down under, the ‘Don’t Delete The Kisses’ outfit will perform at Sydney‘s Big Top on Tuesday 26 April, Melbourne‘s The Forum on Thursday 28 April, and Brisbane‘s The Tivoli on Sunday 1 May. The band were also announced today on the line-up for regional festival Groovin the Moo.

Released in June 2021 [Dirty Hit/Liberator] to unanimous acclaim, the bold, ambitious Blue Weekend earned the #1 position in DIY’s Best Albums of 2021 poll and #2 in The Guardian’s 50 Best Albums of 2021. Having amassed over half a billion streams worldwide to date, Wolf Alice’s latest effort debuted at #1 in the UK and Scotland and #9 in Australia, where it also earned a triple j Feature Album spot. Featuring singles ‘The Last Man On Earth‘, ‘Smile’, ‘Delicious Things‘ and ‘How Can I Make It OK?‘, the critics are unanimous:

‘What a celebrated UK rock band should be.’ – triple j

‘A stone-cold masterpiece that further cements their place at the very peak of British music.’ – NME

‘…utterly spellbinding … how seamlessly the band shift gears, segueing from tender vulnerability to teeth-baring riffs without missing a beat’ – NME

‘A complex mélange of shoegaze, grunge, garage rock, indie, and alternative genres. As proven in their mesmerizing range, the band can do it all. And they reminded their audience of that fact over and over again over the course of the night.’ – thecrimson.com