Yes, Syria’s Assad regime is brutal. But the retaliatory air strikes are illegal and partisan

The mainstream media have broadly accepted the justifications from the United States, France and Britain of humanitarian motivation for the retaliatory strikes against Bashar al-Assad’s Syrian regime.

Journalist Adam Johnson analysed US mainstream coverage and reported that:

major publications take the bulk of the premises for war for granted — namely the US’s legal and moral right to wage it — and simply parse over the details.

The air strike proceeded without publication of proof that Syria was responsible for the alleged atrocity in Douma. Reports are emerging that cast doubt on the official narrative.

Regardless, swift action was demanded and taken. Inspectors from the Organisation for the Prohibition of Chemical Weapons are only now gaining access “to establish facts around the allegations of chemical weapons use in Douma”.

Alongside claims for justification from the Trump administration, similar rhetoric featured in statements from French and British leaders. French President Emmanuel Macronclaimed there was no doubt Syria was responsible for a chemical attack on civilians, in gross violation of international law. He said:

We cannot tolerate the trivialisation of chemical weapons, which is an immediate danger for the Syrian people and our collective security.

British Prime Minister Theresa May agreed, saying “we cannot allow the erosion of the international norm that prevents the use of these weapons”. May identified the lack of consensus in the UN Security Council as a driving factor in the joint military action.

Even this week the Russians vetoed a resolution at the UN Security Council which would have established an independent investigation into the Douma attack. So there is no practicable alternative to the use of force to degrade and deter the use of chemical weapons by the Syrian regime.

The United Nations Charter contains a prohibition on the threat or use of force against another state. Exceptions to this rule of international law are tightly constrained:

The British government has published a brief asserting the legality of the air strike on Syria as an exercise of “humanitarian intervention” (effectively invoking the doctrine of the “Responsibility to Protect” or R2P, without explicitly mentioning it).

The argument is that the UK and its allies were entitled to use force against Syria because:

The Labour opposition in the UK has released its own legal opinion, sharply contradicting the government and asserting that the strikes were illegal.

The allies responsible for this week’s air strike have not claimed explicit authorisation under the Charter. Instead, their aim has been to establish the legitimacy of the strike. This approach was endorsed by the European Union and Australian Prime Minister Malcolm Turnbull.

According to President Trump:

The nations of Britain, France, and the United States of America have marshalled their righteous power against barbarism and brutality.

A perfectly executed strike last night. Thank you to France and the United Kingdom for their wisdom and the power of their fine Military. Could not have had a better result. Mission Accomplished!

The Assad regime cannot be absolved of its brutality. Indeed, it is a fundamental objectiveof the post-second world war international legal order to save humanity from the “scourge of war” and promote human rights.

And there can be little doubt that the international legal system is far from perfect, having failed to protect populations around the world from gross violations of humanitarian and human rights law.

In Syria, hundreds of thousands have been killed over seven years of civil war, and millions are now refugees or internally displaced. The complexity of the conflict has seen monitors cease to estimate a death toll.

However, efforts to establish an alternative foundation for military action, beyond what is currently legal, pose risks that must be grappled with.

If states are permitted to determine when force is warranted, outside the existing legal framework, the legitimacy of that framework may be fatally undermined. How could any consistency of response be ensured? By what standard will states distinguish between benevolent and “rogue” regimes?

Leader of the UK opposition, Jeremy Corbyn, challenged Prime Minister May on these grounds:

Does the humanitarian crisis in Yemen entitle other countries to arrogate to themselves the right to bomb Saudi positions in Yemen, given their use of cluster bombs and white phosphorous?

It is relevant in this context that Saudi Arabia is a highly valued client of the British arms industry. According to War Child UK, total sales to the kingdom have topped £6 billionsince the conflict in Yemen began. The UK has refused to support a proposed UN inquiry into allegations of Saudi war crimes in Yemen.

Meanwhile, crimes against humanity and gross human rights violations are alleged against Myanmar, the Philippines and Israel, among other states, without attracting the kind of “humanitarian intervention” undertaken in Syria.

Jeremy Corbyn has made the case for diplomacy as the only reasonable way forward. Syria should not be a war theatre in which the agendas of external actors take precedence, he argues.

The US has long envisaged regime change in Syria, and stepped up sponsorship of opposition groups since 2009.

Robert Kennedy Jr. traced the history of US intervention in Syria from the first CIA involvement in 1949. He argues that this is another oil war, and says of broader interventionism in the Middle East:

The only winners have been the military contractors and oil companies that have pocketed historic profits, the intelligence agencies that have grown exponentially in power and influence to the detriment of our freedoms and the jihadists who invariably used our interventions as their most effective recruiting tool.

Central to US strategic thinking is the relationship between Syria and Iran. US Ambassador to the UN, Nikki Haley, seemed to say that a condition for US withdrawal is that Iran cease to function as an ally of Syria.

Nikki Haley Seems To Be Saying US Will Remain In Syria As Long As Iran Exists#Syria #Iran #NikkiHaley #imperialismhttps://steemit.com/syria/@caitlinjohnstone/nikki-haley-seems-to-be-saying-us-will-remain-in-syria-as-long-as-iran-exists …

So quick recap: One year ago, the Trump administration transgressed establishment Washington orthodoxy by asserting… by caitlinjohnstone

With the US gaze so firmly fixed on Iran and Russia, the rationale for “humanitarian intervention” can and should be more firmly critiqued. 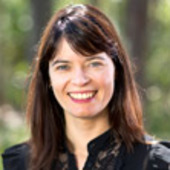 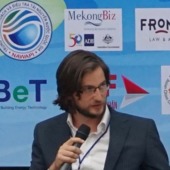 Previous articleSunday essay: the politics of the US family sitcom, and why Roseanne rocks
Next articleClass action against Facebook over facial recognition could pave the way for further lawsuits