Many readers with asthma or other lung disease will recognise this ritual. But I suspect few will connect it with climate change. Until recently, neither did I.

The most commonly used medicines in asthma are delivered by inhalation. Inhaling gets the medicines straight to the airways, speeding and maximising their local effects, and minimising side effects elsewhere compared to, say, swallowing tablets.

Some medicines (“relievers”) work quickly to relax the airway muscles. Others (“preventers”) work more slowly but do more good, preventing asthma’s swelling and inflammation of the airways.

These medicines are available in various sorts of inhaler devices. The devices fall into two broad types: “metered dose inhalers” and “dry powder inhalers” of various shapes and sizes.

In metered dose inhalers, the medicine and a pressurised propellant liquid are mixed together in a little canister, and then sprayed out of the inhaler in a measured puff of fine mist. This is inhaled, often after passing through a “spacer” which allows more of the medicine to reach the lungs. While the medicine is absorbed by the body, the propellant, now a gas, is exhaled unchanged.

In dry powder inhalers, the medicine is in the form of a fine powder which is swept into the lungs as the user breathes in — there is no spray and no spacer.

It’s feasible for many (but not all) people to use either sort of device. Young children do better with metered dose inhalers and spacers, as do people who struggle to inhale. But most asthmatics can inhale well from dry powder inhalers.

The two types of inhaler seem to work just as well as each other; if anything the dry powder ones might be a little better.

Metered dose inhalers are more often prescribed than dry powder devices in many countries, but this has more to do with history and familiarity than effectiveness.

What about those gases?

You might remember hearing, years ago, about “CFCs” — chlorofluorocarbons — and their dire effect on the ozone layer. A successful international treaty, the Montreal Protocol, led to their phase-out from various uses, including medical inhalers. And with that, I thought, the environmental problems of inhaler gases had ended.

But CFCs were replaced with “HFCs” — hydrofluorocarbons — which are safe for the ozone layer, but which are potent global warming gases. HFCs are better known in their role as refrigerant gases in air conditioners and refrigerators.

A recent amendment to the Montreal Protocol has now planned a phase-out of HFCs, too, but it’s slow, with deadlines decades away. Earlier prudent management of these gases could make a big difference to climate change.

Such warming power explains why even the small amounts in an inhaler are significant. Globally, tens of millions of tons of carbon dioxide equivalent are attributable annually to these inhaler gases.

How much pollution are inhaler gases responsible for in Australia? I wrote to several companies marketing asthma inhalers in Australia, asking them how much of these gases are present in their products. Some gave straight answers, but some hedged on grounds of commercial confidentiality. This makes it hard for me to be exact.

But based on some reasonable assumptions, and multiplying these by the number of inhalers dispensed on our Pharmaceutical Benefits Scheme last year, I tallied nearly 116,000 tonnes of carbon dioxide-equivalent pollution.

That’s equivalent to the emissions of about 25,000 cars annually. And this is surely an underestimate, as it doesn’t account for reliever inhalers sold over the counter. A person using a preventer inhaler monthly, plus the odd reliever inhaler, could easily release the annual equivalent of a quarter of a ton of carbon dioxide — that’s like burning 100 litres of petrol.

The good news is, for many people with asthma, there’s an easy solution: shifting from metered dose inhalers to dry powder inhalers. As above, this won’t suit everyone, but will be possible for many.

I am both a doctor and a person with asthma. As an asthmatic, I’ve found changing inhalers to be easy — if anything, my dry powder inhalers are simpler to use. And as a doctor, I’ve been pleasantly surprised by how open my patients have been to this topic. I worried people might find it weird their GP was raising environmental issues at their appointment, but my fears were unfounded.

If you have asthma, a chat with your doctor or pharmacist would be a good way to gauge whether a dry powder inhaler is feasible for you. Don’t be surprised if they haven’t heard of this gas issue — awareness still seems limited.

If metered dose inhalers are a better choice for you, please don’t panic or quit your medicines. These gases probably won’t be the biggest contributor to your personal carbon footprint. Asthma control is really important, and these medicines work really well. But consider changing if it’s an option for you — when it comes to reducing our footprint, every little bit counts. 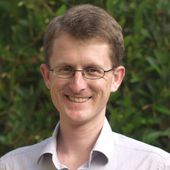